Why the United States Is Losing Its Technological Edge 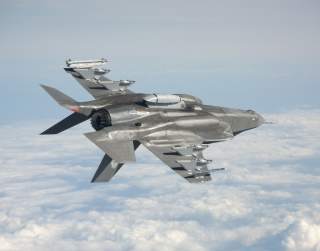 Earlier this month, President-elect Donald Trump drew headlines for his criticism of two major defense programs, the Air Force One replacement and the Joint Strike Fighter (F-35). Mr. Trump is right to worry about high prices and schedule delays, issues that frequently harm defense procurement. But his concerns should run deeper. The United States military is losing its longstanding technological advantage, despite spending billions on projects like those troubling the president-elect.

The DoD’s problems can be rectified, but not by banning civilian or military personnel from ever working in defense industry, as considered by Mr. Trump. Instead, the Department of Defense needs to completely overhaul its approach to technology strategy, injecting free market principles to keep pace with technological change and outcompete increasingly capable adversaries.

The DoD develops some of the world’s most sophisticated technology, but its fundamental approach to doing so remains optimized for a bygone era. It assumes a clear, singular threat from which to develop rigid requirements. These requirements form the basis for contracts for which only a small number of defense specialist contractors can compete. And the costs of these projects are so high that the resulting weapons systems must remain in service for many decades, despite the rapid pace of technological change and world events.

Today, the United States requires capabilities to address threats ranging from sophisticated national militaries to insurgents and terrorists to highly empowered individuals. The DoD must therefore invest in a wide array of technologies ranging from nuclear weapons to traditional conventional military systems and newer capabilities like cybersecurity, advanced manufacturing, robotics and artificial intelligence.

The developers of many of the newer technologies DoD needs focus on global commercial marketplaces, with sales and R&D budgets that dwarf the DoD’s approximately $60 billion R&D budget. Global R&D spending for 2016, by comparison, is estimated at $1.9 trillion. At today’s valuations, Apple Corporation could purchase the top five U.S. defense contractors from its cash reserves. The massive growth of global technology companies means that the DoD does not wield the influence it did in the 1960s, but it has not adapted to these market realities.

The DoD and its industry partners are acutely aware of these problems, but have not yet been able to effect the change necessary for success. Secretary of Defense Ashton Carter has sought to encourage innovation, reaching out to Silicon Valley by founding the Defense Innovation Unit Experimental. The United States Air Force and Army have created rapid capability offices aimed to speed the development of new systems. And Congress recently passed one of the most extensive defense reform bills in a generation, forcing a reorganization of the DoD’s entire acquisition organization. These efforts have created an environment in which profound change might take place.

If confirmed, Secretary-designate James Mattis will have a rare opportunity to make changes that have eluded previous secretaries. Success will not be achieved simply by increasing acquisition budgets or production, although that will help. Instead the incoming administration must use free market principles to foster competition and innovation, creating the conditions for military and business success.

To achieve these goals, the DoD must employ a radically different technology strategy. Under that strategy the DoD should invest in many more technology options. Creating a more diverse capability portfolio will allow the Pentagon to make investment decisions based on the systems that prove most effective. It is hard to kill a program like the Joint Strike Fighter when there is no alternative available.

An optionality strategy would yield significant military benefits, imposing intelligence and innovation burdens on the nation’s adversaries and providing the United States with more flexibility to respond to strategic surprise. It would also allow the DoD to manage the cost and sophistication of its technology relative to relevant threats. Most importantly, while others may be able to compete with certain U.S. technologies, no other nation possesses the size and sophistication required to implement this type of strategy.

At the same time, an optionality strategy would create the conditions for a far more advantageous defense marketplace. The DoD should be an attractive customer for technology companies. It offers compelling technical problems, invests in cutting edge systems and is willing to pay early adopter premiums. By lowering barriers to entry and disincentives to innovation, the DoD can take advantage of this latent appeal to stimulate competition from new entrants and traditional defense industry alike.

Changing the Pentagon’s bureaucracy is notoriously difficult. The Trump administration brings a desire to change and the hope of increased defense spending. While positive, this intention also creates the grave risk of pouring new money into old mistakes, which would see a once in a generation opportunity squandered. But with a new strategy and strong leadership, something Secretary-designate Mattis is famous for, meaningful change is possible at this moment in the Department’s history.

Ben FitzGerald is Director of the Technology and National Security Program at the Center for a New American Security (CNAS) in Washington.