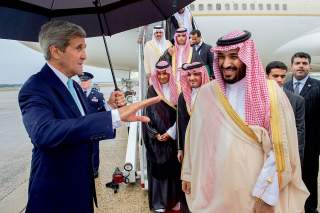 While lies are almost uniformly held to be unacceptable in the context of a liberal democracy, this is not entirely the case in foreign policy where realists often value lies for their ability to advance a country’s national interest. The entire literature and practice of military strategy, intelligence and counter-espionage is underwritten by deception and lies. The disclosure of NSA mass surveillance has shown us that the U.S. government spies on foes and friends alike. Likewise, the Kremlin has engaged in a disinformation campaign in order to provide Russian foreign policy and, in the case of Ukraine, Russian military intervention and territorial annexation, a veneer of legitimacy.

Relying on lies to advance one’s national interest and maintain stable balances of power is not without its dangers. Lies can undermine worthy policy initiatives by producing blowback from foreign governments and citizens. They can also trap governments into policy positions that no longer serve the national interest. A prime example of these dangers and their negative consequences can be seen in U.S. foreign policy towards the Middle East, where U.S. military and diplomatic engagement with this region that ostensibly is based on realist principles has worked against its own national interest and that of a stable regional balance of power. Far from stabilizing the region, U.S. foreign policy has created a structure in which the United States continues to act as an external force of intrusion. It has created and sustained an imbalance of power between Middle Eastern powers, neither fostering democracy nor the rule of law nor maintaining peace and security between and within states. In 2016, every country in the Middle East, except for Tunisia and Oman is involved in some form of inter-state war.

We argue that the United States has strayed from the core tenets of realism in conducting its foreign policy towards the region’s most powerful states. Only with respect to the Iranian nuclear agreement has it managed to construct a foreign policy on a foundation of pragmatic realist principles.

First, what is the strategic expediency of the United States continuing to hold on to Israel’s “nuclear lie” given that official U.S. policy is to rid the world of nuclear weapons? Should it not also adopt a non-proliferation posture towards Israel? This “nuclear lie” no longer underwrites a stable regional balance of power. On the contrary, coupled with Israel’s conventional military strength it has allowed Israel to act aggressively towards its neighbors and towards the Palestinians. Without fear of retribution, Israel was able to launch several military campaigns and offensives against Lebanon, Syria and against the Occupied Palestinian Territories in recent years.

The elusiveness of Palestinian statehood is far more detrimental to U.S. standing in the region and regional stability than it would allegedly be for Israeli security. Realist literature shows us that the “fine-tuning” of the balance of power has historically required the breakup of states or creation of new ones.

The need for Israel to possess a means of deterring an existential threat to its survival will always hold a central place in its national security strategy. The question becomes, given the changes in the military security landscape of the Middle East, does such a strategy continue to have relevance? Its utility to deter or defeat terrorist attacks is virtually nonexistent. It does not provide Israel with the ability to control escalation nor does it provide a military capability to defeat terrorists short of threatening to destroy a state supporter of terrorism.  To the extent that credibility remains an important ingredient in the use of nuclear weapons a “nonexistent” nuclear capability designed to maintain the status quo and protect Israel from existential threats offers little security.

Secrecy that no longer exists and a national security environment that is largely immune from their influence are prime examples of misplaced faith in the Israeli nuclear capability. Rather than continue to support Israel’s nuclear policy, the United States (and Israel) would be better served by publicly acknowledging its existence. Such a move would lay the foundation for political and military discussions that would promote regional stability by bringing all regional powers together rather than seeking to permanently divide them.

What John Mearsheimer called a “liberal lie” in his book Why Leaders Lie: The Truth about Lying in International Relations applies to U.S. relations with Saudi Arabia. Here, realists like Mearsheimer contend that liberal democracies have to justify their relations with autocracies with reference to liberal democratic values even if their ultimate foreign policy objectives are geopolitical ones associated with realist thinking. The mantra that the U.S. government has been embracing since the loss of Iran in 1979 is that we ought to rely on strongmen as means to maintain regional stability and project influence. Again, the realities of the Cold War are gone. These “liberal lies,” which contend that realist military-to-military relations with authoritarian regimes bring security dividends are flawed. On the contrary, Saudi Arabia’s foreign policy is eroding the very Westphalian order, which it allegedly is meant to protect.

The regime’s malign influence across the Middle East is largely to blame for the violent schism between Sunni and Shi’a states and communities. After the 2003 invasion, Iraq became the crucible of geopolitical strife between the main regional powers. With Iran and Saudi Arabia having defined the “great game” in Iraq and later in Syria along sectarian lines, respective militias and individuals committing political violence were mobilized by Tehran and Riyadh respectively. Saudi support for Sunni sectarian mobilization in Iraq and later Syria was ultimately meant to rebalance the newly established regional order, which favored Iran and Iraq’s Shi’a majority. For Syrians and Iraqis this proxy conflict simply translated into total war.

The recent disclosure of the so-called 28 pages by the U.S. government did not prove Saudi complicity in the 9/11 attacks, as claimed by some detractors on U.S.-Saudi relations in Congress. However, it did provide a picture indicating an uneasy alliance concerning U.S. national security matters. The nature of intelligence cooperation between both countries was one in which Saudi authorities were not always cooperative in sharing and enforcement when it did not directly affect Saudi national security.  Particularly, U.S. authorities point to a lack of Saudi enthusiasm to curb terrorist financing emanating from the kingdom.

The congressional override of Obama’s veto of legislation, which will allow 9/11 victims’ families to sue the Saudi government for its alleged support for the terrorists, is awfully problematic for U.S. foreign policy, but seems to indicate a bipartisan push to reevaluate bilateral relations. After all, the United States has no treaty obligations to Saudi Arabia.

It is tempting to reduce criticism of the decision to invade Iraq in 2003 to a “Bush Lied!” bumper sticker. Congressional and parliamentary inquiries in the United States and UK established that it was a war of choice by both President Bush and Prime Minister Blair. Convinced about the presence of non-existent WMDs and ignoring risks of internal strife, regional stability and the burgeoning political violence post-invasion, both leaders were informed by a mindset that equated, as one note from the Prime Minister put it, “more freedom in the world” with “more security.” Central to efforts to achieve this goal was an orchestrated public relations strategy of fear mongering to sell the threat to the American public.

Liberal internationalists in the Obama administration championed military intervention in Libya and called for the removal of the Assad regime during the civil war that ensued in 2011. The United States under the umbrella of NATO helped topple Qaddafi simply because it could. The regime was universally despised and rejected by both Africa and the Middle East and, therefore, lacked allies. Having handed over its WMD stockpile after the 2003 invasion, Libya lacked any meaningful deterrent. President Obama counted not planning for the post-war stability operations as his “worst mistake” and described Libya as a “mess.” The intervention politically disintegrated Libya and brought the country into protracted social conflict and made it a regional hub for terrorism.

President Obama’s incoherent strategy towards Syria was a dangerous variant of “bait and bleed” and “bloodletting” if not merely one of “muddling through.” It was a policy that neither shifted the military balance decisively to the favor of the purported “moderate rebels” that were backed and trained by the CIA nor did it create any humanitarian safe spaces that ultimately would have prevented the refugee crisis across the region and Europe. President Obama had drawn a red line should the Syrian regime use chemical weapons, but after Assad trespassed it, failed to respond militarily and effectively. This effectively invited the Russians to fill the vacuum. As all sides intend to enter UN-brokered peace negotiations from a position of strength, outside interventions by the United States, Russia and regional powers maintain a cycle of military campaigns and counter-offensives. The Syrian conflict will change the entire political landscape for an entire generation in the Arab World. Not only will radical Islamist groups remain a dominant feature of pan-Arab politics for the foreseeable future, but foreign fighters will eventually go back to their home countries. The 2003 invasion constituted a systemic shock to the region and ushered over a decade of total and seemingly perpetual war.