Why the World Should Fear a 'Thucydidean' China 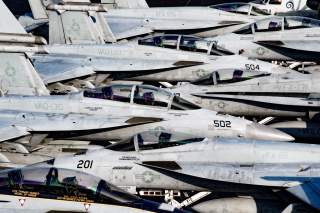 Hoping to disabuse the Melians of such fantasies, the Athenians deliver a blunt rejoinder. “Hope, that comforter in danger!” they sneer. Hope is folly unless “one has solid advantages to fall back upon”—namely deployable hard power. The Melian army cannot compete with the Athenian expeditionary force. The Athenians, moreover, scoff at Spartan sea power, the central element in any Spartan relief effort. No outside power—let alone fortune or the gods—will step in to save Melos.

As in classical antiquity, so it is in Asia today. Asian societies appear prone to assuming the United States will be there to succor them in times of trouble vis-à-vis China. Deflating such hopes constitutes a major part of China’s anti-access/area-denial strategy (A2/AD). If Beijing convinces Asians the U.S. military can’t reach scenes of battle in time to make the difference between victory and defeat, it bolsters its chances of wresting control of sea and sky from its neighbors. Regaining and preserving the U.S. combat edge—and convincing regional allies and friends to do their part in enforcing the law of the sea—are thus crucial to helping Asia avert a Melian destiny.

If the PLAN officers reflect the conventional outlook among China’s decision-makers—and there’s little reason to think otherwise—then protracted strategic competition awaits. There’s little reason to prophesy a turnabout in China’s attitudes toward international law and power politics, any more than Athens mended its ways until humbled by Sparta. The wisdom of the ancients can help Washington, its allies, and its friends discern how to reply to China’s Melian challenge. So dust off that copy of Thucydides—and let’s get cracking.

James Holmes is Professor of Strategy at the U.S. Naval War College. The views voiced here are his alone.