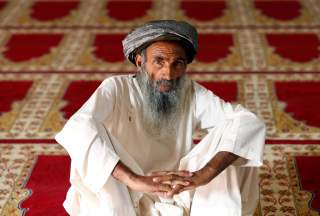 The highly anticipated 2017 White House strategy for Afghanistan has many experts warning there are no good policy options, let alone an effective number of U.S. troops that will solve what Gen. John Nicholson calls a “stalemate” between insurgents and the Afghan government. Given recent Taliban gains in places such as Helmand and Kunduz, and devastating attacks in the heart of the capital Kabul, the U.S. metric for success sits on a dreary spectrum of lose now, lose later or try not to lose at all. One thing is for certain, the outcome for Afghanistan rests no longer on the shoulders of the United States, rather it is Afghanistan’s burden to bear. The United States has proven inept at drive-through state building—not because it is corrupt or unskilled, but because state-building is complex and long term. Retired Gen. David Petraeus recently called the mission in Afghanistan “a generational struggle” akin to our security objectives in Korea. If we truly seek success, as Petraeus argues, we need to “be there for the long haul.” But what being there looks like is another question. A sustainable long-term strategic vision would prioritize going “urban” over going “local” in Afghanistan.

Recent news suggests the White House has given Secretary of Defense James Mattis and his generals more leeway on battlefield decisions, even while troop increases may remain modest (3,900 by one report). Any strategy will likely bring with it greater pressure on regional neighbors, an increase in troops to support Afghan battalions on the front lines, and greater focus on building an “enduring counterterrorism platform” in the region. This likely means more American troops engaging at the local level. One proposal by White House strategists moves to privatize the war effort, surging contractors with CIA and Special Forces to “create indigenous capacity” and of course, “save taxpayers money” with a new American “viceroy” of Afghanistan. Any strategy that focuses on positioning U.S troops at the “local” level risks taking the United States down a hole that may only deepen its combat commitments in Afghanistan. During the height of U.S. counterinsurgency operations in Afghanistan in 2009, proponents of counterinsurgency called for a “local” strategy where U.S. Special Operations and conventional units embedded within villages and patrolled the countryside to build local capacity and connect rural areas to the central government. Idealistic plans were often followed by clever titles such as “government-in-a-box,” the “model village,” or “village stability operations.” In some cases, these programs were successful at the local level, but at the national level, they often failed in terms of resourcing, oversight and direction. Going local only served to prolong the conflict and removed United States and NATO partners away from more important functions of state building–enhancing urban capacity, empowering civil society institutions, such as local governance initiatives, and bolstering the necessary functions of state bureaucracy. A winning strategy in Afghanistan that will fulfill U.S. security objectives needs to not only enhance the power of Kabul and its urban constituents, but decentralize security, development and governance priorities away from the United States and towards Afghanistan and its people.

Proponents of local statebuilding in Afghanistan contend that the nature of Afghan politics are local, power and legitimacy are held by tribes and clans in the rural areas, and that historic attempts to centralize authority from Kabul have always failed. They are partially correct. The Musahiban Dynasty (1929–73) in Afghanistan realized the dangers of overcommitting the state to influence the periphery, while under appreciating the power of tribal institutions. The Musahiban elites ruling from Kabul used a careful balance of carrots and sticks to ensure loyalty from the periphery and prevent large-scale internal rebellions. Their methods often included freedom from taxation and conscription, disappearing outspoken critics, and rewarding loyal clients. Local statebuilding proponents admire the relative stability of the Musahiban era and point to the state’s use of tribal militias and decentralized governance as critical methods to replicate. The special-operations community, long criticized for spending too much time on kill/capture missions, found renewed purpose as they reclaimed their mission to win “by, with and through” local powerbrokers and communities. Going local allowed them to expand state presence to the periphery–at least on paper–through greater intelligence assets, increased combat outposts and enhanced presence of local police. Outside, observers saw something different— a neo-imperial phase of U.S. statecraft to change the game through the mantra of “going local.” Paramilitary intelligence operations often led to allegations of abuse and torture, combat outposts were often sources of insider-outsider tensions, and Afghan local police routinely preyed on the civilian population and created new levels of insecurity. While the U.S. Special Operations community dominated the state building project in Afghanistan, it did so while diplomatic and nonviolent stability practitioners were predominantly marginalized.

This is not to say the Musahiban era is a completely invalid historical example, nor that “going local” was wholly ineffective. Many examples exist (such as expanding local police in Paktika or supporting the National Solidarity Program) of successful U.S.-led statebuilding at the local level. However, local proponents ignore some vital differences between the era of Musahiban “stability” and twenty-first century state building. Far different from the U.S., NATO and Afghan governments today, the Musahibans never tried to control the entire country, instead they relied upon patron-client bonds, social institutions, and a form of benevolent neglect to bring a semblance of stability within its borders. Stability for the Musahiban’s was dependent upon the survival of the regime, not broad scale human-development indicators prescribed by foreign powers or democratic elections. Civil-society institutions were important only to the extent that they served the interests of the regime and did not upset the status quo. Most important, the Musahibans were fortunate to have the benefits of foreign aid without the curse of foreign occupation—a combination of variables that has never worked well for Afghanistan nor many other post-colonial societies. More than any other factor, the legitimacy of the state, its leaders, and their ability to govern independently were not determined by foreign patrons, western norms or large-scale insurrection. History reminds us, it wasn’t until the Soviet Union ratcheted pressure on the Musahiban’s to reform more in line with the Soviet’s sphere, that Mohammed Daoud Khan overthrew the monarchy and installed himself as president of the Republic—a bold, but ultimately damaging act of protecting Afghan sovereignty from foreign interference.

The type of local statebuilding the Musahiban’s implemented was more sustainable and measured towards local needs. In order to build strong patron-client bonds, the state used intermediaries such as tribal elders to speak for the state. The state encapsulated khans (landowners and local elders) and ulema (religious leaders) that gave those positions a symbolic role in the constitution, but no real power, at the same time granting considerable autonomy. Local institutions were imbued with a symbolic role, but discarded whenever the slightest sign of rebellion emerged. This situation worked well until Soviet occupation and decades of civil war upset the internal momentum of society. Larry Goodson’s prescient warnings in 2001 were derived in part by the collapse of Afghan society, a Soviet policy of “Rubblization,” and nearly $60 billion of military weapons had saturated the country.

Devout proponents of local state-building were a bit naive to think they could recreate the system from scratch and magically link far-off villages to a government they often view as predatory as the Taliban. “Clear, Hold and Build” has been played like a broken record that we wonder how well it’s really understood (one recent interview we conducted with a provincial governor revealed U.S. military are still advocating this strategy). Certainly, the United States need not replay this project in Afghanistan. Except for some limited cases (for example, here and here), military units and individual soldiers have never developed beyond a “superficial understanding” of the local political and cultural environments in which they operate. As the Musahiban’s show, “going local” is not necessarily the issue; rather it is who goes local that really matters. In the Asia Foundation’s 2016 Survey of the Afghan People, nearly 80 percent of national respondents stated they would experience some or a lot of fear if they encountered international forces, while only 42 percent and 45 percent would experience fear if they encountered ANA and ANP respectively. A positive sign of continued support for Afghanistan’s security institutions is that from 2014–16, at least 95 percent of respondents viewed either the Afghan Army, police or local police as security providers in their local area. The U.S. warfighters place in Afghanistan is not at the local level—that battle is over and should be fought and won by Afghans alone.

Where the United States and foreign-military forces can succeed is going urban. The more immediate danger in Afghanistan is not at the local level, instead it is within the halls of Kabul government where poor governance and failing institutions prey on society under the international mantra of building more state capacity. The Special Inspector General for Afghanistan Reconstruction (SIGAR) reports on a quarterly basis the numerous failures of the U.S. state-building project in Afghanistan. Not surprisingly, SIGAR led its new lessons-learned project with a report on corruption—a systemic, circular conundrum that reaped havoc on the U.S. stability mission. Fortunately, scholars are beginning to dig deeper into the broader impacts of centralized state building. Jennifer Brick Murtazashvili argues that Afghanistan needs greater focus on constraints to predatory and ill-focused capacity building. These are areas the US and international community can have a real impact, but it would require a change in how it engages with state building, the donor and aid system, and electoral politics in general. One way is to find the right entry points to engage sustainably with influential elites and local institutions, for example, instead of relying upon large scale aid projects that overwhelm local communities, focus on smaller scale projects balanced to local supply and demand needs. Another goal must be to limit U.S. reliance on bad actors. The United States supported too many corrupt warlords with bad intentions and created even more as formal institutions failed to take off. New research by Nazneen Barma examines cases where self-interested elites undermined the political order international peace builders sought to build. That’s not to say that all warlords are bad, as Dipali Mukhopadhyay argues, but a more balanced approach that accepts the limits of centralization in capturing all spheres of Afghan society and gives space for public-private power-sharing arrangements. This doesn’t mean replacing U.S. military with private mercenaries as recent White House strategists proposed to the Pentagon. However, there are critical opportunities to harness Afghanistan’s resource wealth, which is estimated to be worth trillions of dollars, and is actively exploited by the Taliban, criminal networks and regular citizens. Artisanal mining is an under-reported, precious industry in Afghanistan that could be a source of financial stability and slowly substitute U.S. subsidies to the government.