Why Trump Has Already Won 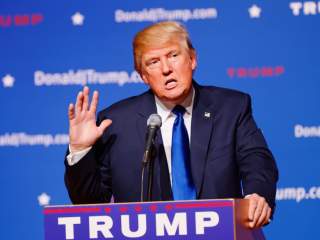 After the South Carolina Republican primary, it’s nearly impossible to avoid a fundamental conclusion about this election cycle: Donald Trump is a political phenom. That he would emerge as such was nearly impossible to believe a few months ago, given his often uncouth bombast, his raw pugilism and his seeming lack of any capacity to master the intricacies of public policy. And yet here he stands, the single most significant figure of this campaign season, the man who has exercised greater impact upon the current political drama than anyone else from either party.

In the wake of his 11-percentage-point victory in South Carolina, he becomes the man of the hour in the Republican race. His hour may fade, as so many have predicted for so long. But, even if it does, he has altered the country’s political landscape in ways that aren’t going to be reversed anytime soon. And it is becoming increasingly apparent that he will be formidable in what now has emerged as a three-man race pitting himself against senators Marco Rubio of Florida and Ted Cruz of Texas.

While either of these figures could end up winning the GOP nomination, it has to be conceded now that Trump is the front-runner, the man whose electoral performance thus far suggests the greatest prospect to cadge the lion’s share of victories in the crucial Super Tuesday cluster of primaries on March 1—and to go on from there to score heavily in the delegate-rich, winner-take-all contests that will commence in mid-March. It may not happen that way, but prospects are substantial that it will.

To understand this political phenom, perhaps we should look at three elements of the man—his persona, his issues and message and his seemingly instinctual ability to capture simmering angers, frustrations and fears within substantial segments of the electorate.

The persona is altogether rare—and certainly not one that would generate this kind of political support in normal or tranquil times. He projects himself as a big, brash, bold braggart of a man who bulls his way to whatever objective he sets for himself. He speaks off the cuff, operating by instinct and without regard for the reactions of polite society, which he seems to equate with the despised establishment that is ruining America. His attack on Political Correctness is part of that. His followers love it and respond to the apparent enjoyment he derives from the fray. He seems serene in his pugnacity.

In his South Carolina victory speech he demonstrated his ability to speak in stirring, unrehearsed language that captures both the man and his mission. In congratulating his opponents, he stirred a smattering of booing and promptly sought to quell the sentiment. “There’s nothing easy about running for president, I can tell you,” he said. “It’s tough. It’s nasty. It’s mean. It’s vicious. [pause] It’s beautiful.” Thus did he generate laughter while capturing the political game in all of its blood-sport reality but also its fundamental civic profundity. Then he seamlessly segued into his basic message. “When you win, it’s beautiful,” said Trump. “And we’re going to start winning for our country.”

This is no ordinary political rhetoric.

Ezra Klein, writing in Vox, suggests that Trump operates without shame—he simply doesn’t care what anyone thinks of what he says or does—and this raises questions about what would restrain him in the exercise of great power. A valid point, and a disturbing one. But his supporters don’t care. They’re too frustrated and angry. According to South Carolina exit polls, fully 92 percent of primary voters said they are angry or dissatisfied with the federal government. And 53 percent said they feel ``betrayed’’ by their party (in New Hampshire the number expressing this sentiment was 47 percent).

These are remarkable numbers, demonstrating a significant proportion of the electorate these days is wallowing in political alienation. This is not a sustainable political situation, which explains in part the emergence of Donald Trump—and the brief, halting campaign of Jeb Bush, who put his presidential run out of its misery following Saturday’s South Carolina vote. Bush couldn’t speak to political alienation because it’s alien to him. He’s a thoroughly status quo politician when the status quo is generating that anger and sense of betrayal picked up in Saturday’s exit polls. His view of a crackerjack campaign was to put together a pastiche of creative tinkering, five-point programs and finely crafted political compromises designed to fuzz up political distinctions on the wedge issues of our time.

It wouldn’t wash. Republicans aren’t interested in fuzzing up today’s wedge issues because they see these issues as being wrapped up with the future and identity of their nation. They want these issues resolved, one way or another, and they want a champion who will speak up forcefully on their behalf.

Which brings us to Trump’s issues and message. It begins with his assault on political correctness, which has become a bludgeon in the hands of some liberals who prefer to intimidate opposition speech rather than rebutting it. Trump blasts his way through that by, first, declaring himself an anti-PC warrior, then employing his blunt language to assault the sensibilities of those seeking to control political discourse through the PC weapon. Until Trump stood up to the PC crowd, nobody knew just how much anger and frustration this phenomenon was generating.

Having cleared the decks with his PC assault, Trump promptly introduced issues into GOP discourse that would never have been joined in any effective way but for him. Examples:

Illegal immigration: In his first significant act as candidate, Trump employed such stark language in pressing his immigration views that many voters began to think that he might actually attack the issue effectively, something few Americans believed their politicians would do. South Carolina exit polls indicated that 52 percent of respondents favored a path to legal status for illegals, whereas 44 percent favored deportation. Considering that deportation wasn’t considered a politically acceptable option even a year ago, this is a remarkable development. The exit poll didn’t take the next step to determine how intensely held the deportation views were as compared to those who favored a legal-status path, but it’s fair to say the Trump view was embraced with more intensity than the opposition outlook.

Banning Muslim entry into the United States: The exit poll indicated some 73 percent of respondents favored this highly controversial Trump suggestion, compared to 24 percent in opposition. This number was similar to what emerged from a similar poll during the New Hampshire primary, and it reflects not only the political audacity of Trump but also his ability to perceive the power of issues that hardly anyone else even saw as issues. When Trump first posited this notion, he was roundly attacked, particularly within his own party and perhaps most forcefully by Jeb Bush. Now Trump is the South Carolina winner, and Bush is out of the race. Given the poll numbers, it’s difficult to conclude this issue had nothing to do with these intertwined developments.

Iraq War: Trump finesses a bit in declaring himself an early and ardent opponent of this George W. Bush folly, and he was irresponsible in alleging that Bush and his top officials lied to the American people about the existence of weapons of mass destruction in Iraq before the invasion (as opposed to being mistaken). But the Republican Party needs to confront the awesome consequences of that war and the connection between it and the subsequent chaos of the Middle East. Rand Paul tried to press the issue, but he brought to it neither the language nor the force of personality needed to get it into the party’s discourse. Trump has tossed it upon the GOP table, where it will have to be dealt with in a serious way given the widespread feeling among Americans that the war was a mistake.

Neocon wariness: Trump says he will try to get along with Russian President Vladimir Putin. He’s comfortable letting Putin’s Russia and Iran prop up Syrian President Bashar al-Assad as a necessary corollary to fighting the Islamic State, or ISIS. He vows to destroy ISIS but avoids the kind of Wilsonian expressions that suffuse the rhetoric of Marco Rubio and so many other Republicans (and Democrats). These views suggest he has never been enamored of the neocon foreign policy outlook that drove George W. Bush into Iraq, induced Barack Obama to lead the effort to bring down Libyan President Muammar el-Qaddafi, and still guides the GOP establishment. No wonder the Wall Street Journal editorial page and the Weekly Standard can’t restrain their anti-Trump concerns.

Protectionism: This policy viewpoint has a hallowed tradition in the annals of the Republican Party and its forebear party, the Whigs. But since the Depression-era Smoot-Hawley tariff of the Hoover administration (largely viewed as an economic disaster), few major politicians of either party have embraced the protectionist label with abandon (though organized labor has pushed Democrats in that direction at various times in recent decades). Whether protectionism actually protects any national economy is a highly debatable proposition. But Trump’s views on the issue, in purely political terms, reflect both audacity and deft timing