Why Trump Parted With Dan Coats 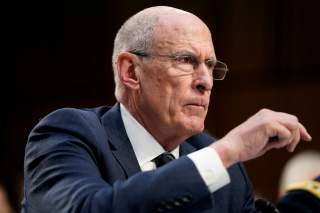 Dan Coats is stepping down as President Donald Trump’s Director of National Intelligence on August 15 after a tenure marked by incongruity and diverging opinions about U.S. national security threats.

Coats first served as a reliable Republican legislator in both houses of Congress from 1981 until his first departure in 1999. He was the leading candidate to be former President George W. Bush’s Secretary of Defense but was passed over in favor of Donald Rumsfeld after an interview in which Coats indicated that “he did not consider missile defense an urgent priority.” Instead, he was tapped as Ambassador to Germany during Bush’s first term. Coats later served a third term in the U.S. Senate, from 2011–2017.

In March 2017, Coats was confirmed as the new Director of National Intelligence, a Bush-created position meant to oversee the entire intelligence community. The selection surprised many of the president’s supporters since Coats had supported the Iraq War, criticized Trump’s conduct during the presidential campaign, and favored sanctions to “bring Russia’s economy to its knees.”

This led to a discrepancy on whether the Russian government was responsible for interference in the 2016 presidential election. “My people came to me, Dan Coats came to me, and some others they said they think it's Russia. I have President Putin. He just said it's not Russia. I will say this: I don't see any reason why it would be,” President Trump told reporters in July 2018 during a joint press conference with Russian President Vladimir Putin in Helsinki, Finland.

Coats responded by issuing a public statement defending the conclusions reached by the U.S. intelligence apparatus. "The role of the Intelligence Community is to provide the best information and fact-based assessments possible for the president and policymakers. We have been clear in our assessments of Russian meddling in the 2016 election and their ongoing, pervasive efforts to undermine our democracy, and we will continue to provide unvarnished and objective intelligence in support of our national security.”

“I was just doing my job,” Coats told the audience at the Aspen Security Council, days after issuing the statement.

Defense expert and author Mark Perry believes this mindset is true to form for Coats. “I think he decided early on…[that he] was dedicated to doing his job no matter who the president was, and no matter what the president said. But I think that was true for Coats whether the president was Ronald Reagan, or Trump, or [Barack] Obama, or anyone. He was going to be a guy who was going to do the job as he thought that he could do it and do it well,” Perry told the National Interest.

Acknowledging that Coats had developed a public reputation as a “very hesitant but very outspoken and poignant critic of Trump’s relationship with Putin,” Perry considers it an outlier. “From what I heard, he would hear an assessment and say, ‘well let’s go back and revisit that,’ maybe rethink it, ‘are you sure?’ You know this guy was a kind of consummate intelligence professional in the classic sense of the term: careful, slow, nothing but the facts, check and recheck, make sure it’s right, ‘are we exaggerating, are we underestimating.’”

John Kiriakou, a former CIA counterterrorism officer and whistleblower, takes a more critical view of Coats’ conduct. “I think that there’s one stain on his tenure that…we ought to be talking about. And that is how he essentially attacked this president from the [political] right to oppose outreach to North Korea. I think it’s absolutely despicable that he would have gone on record in public, in open testimony, opposing diplomacy of all things,” Kiriakou said, referring to Coats’ appearance in front of the Senate Intelligence Committee. “When we’ve got a DNI whose knee jerk reaction is to oppose diplomacy, then we have a problem.”

Instead, Kiriakou believes Coats made conscious decisions to appear adversarial to President Trump’s foreign policy goals. “All he had to do, and certainly DNIs before him have done this, was to say, ‘I prefer to answer that question in closed session.’ And he didn’t. He chose to criticize the president publicly.”

“I think when he made a decision to criticize the president publicly, he put an expiration date on his tenure. And that didn’t have to happen,” Kiriakou told TNI.

Perry contends that these excesses are from faults embedded in the intelligence community itself, not from the personal judgment of Coats. “I think that he’s kind of an admirable person, and a careful person. But the bureaucracy that he oversees is not careful. And it has never reflected his personality. The bureaucracy that we have in the intelligence services reflects George Tenet’s personality, which is hard-boiled and over-the-top.”

George Tenet, CIA Director from 1997 to 2004, oversaw the collection of intelligence that turned out to be largely bogus in the run-up to the Iraq War.

Coats’ replacement is Rep. John Ratcliffe (R-TX), who primaried a longtime incumbent during the 2014 Republican wave. Representing an overwhelmingly red seat, Ratcliffe has been critical of both former FBI Director James Comey and former Special Counsel Robert Mueller. In Congress, he previously chaired the House Homeland Security Subcommittee on Cybersecurity and Infrastructure Protection.

“He’s certainly the least well-qualified DNI nominee ever. But I’m not sure that that really matters,” observed Kiriakou. “He’s a former U.S. attorney, which isn’t going to help him at all as DNI.”