Why Trump's Immigration Ban Is A Big Mistake 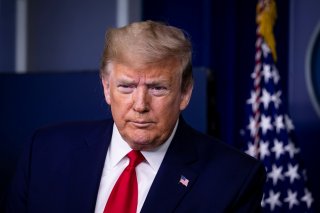 For the first time since it became an independent nation, indeed, since the founding of Jamestown in 1607, the United States is on the verge of suspending immigration to its shores. No longer will it call out “Give me your tired, your poor, Your huddled masses yearning to breathe free.” For in a 10 p.m. tweet, rather early in the night for him, President Donald Trump announced, “In light of the attack from the Invisible Enemy, as well as the need to protect the jobs of our GREAT American Citizens, I will be signing an Executive Order to temporarily suspend immigration into the United States!”

Since he issued his edict on twitter, Trump is apparently carving out exemptions for healthcare and farmworkers. But he’s already earning kudos from inveterate opponents of immigration whose antecedents can easily be detected in the nativist movements that periodically gained currency during eras of economic upheaval. For decades, indeed centuries, they have sought to terminate immigration in the misguided belief that immigrants would steal their jobs. Actually, economists have demonstrated ad nauseam that not only do immigrants take jobs that other Americans avoid, but they actually boost America’s Gross Domestic Product.

But give Trump credit: he has added a new wrinkle by linking anti-immigrant sentiment to the very real predations of the coronavirus. He has thus added immigrants to a growing list that includes China, the WHO, Europe and state governors as the causes of the epidemic’s spread throughout the United States, rather than the mixture of sluggish ineptitude and chaotic bungling that passes for White House policy.

The truth is that the United States never completely suspended immigration even during the darkest days of its nativist paroxysms. Not in the late 1790s, when the Alien and Sedition Acts, among other things, attempted to discourage French and Irish Catholic immigration by restricting immigrants’ rights. Not in the late 1840s and 1850s, the heyday of the Know Nothings, who fought against Catholic immigration, especially targeting the arrival of Irish Catholics fleeing the famines of 1845 and 1847. Not when Congress passed the Chinese Exclusion Act of 1882, or when Washington and Tokyo reached the 1907 "Gentlemen's Agreement" whereby Japan agreed to prevent its citizens from emigrating to the United States. Nor did it occur in the 1930s and early 1940s, when isolationism and anti-Semitism were at their peaks, and quotas limited the emigration of Jews fleeing Nazi persecution and genocide as the likes of the State Department’s Breckenridge Long worked overtime to keep them bottled up in Europe. But if President Trump has his way, it will happen today, tomorrow, or the next day.

It is ironic that the First Lady of the United States, for whose imminent birthday the “Trump Make America Great Again Committee” (sponsored by the Republican National Committee) is organizing a mass birthday card, is herself an immigrant. Her parents are immigrants as well, beneficiaries of the very “chain migration” that Trump consistently rails against. Jared Kushner’s grandparents were Holocaust survivors who immigrated to the United States after World War II (Tuesday, April 21, is Yom Hashoa, Jewish Holocaust Remembrance Day).  Also emigrating to America to escape anti-Jewish persecution were the great-grandparents of Stephen Miller, that avatar of walls to protect against unwashed immigrant hordes.

Trump’s tweets about suspending immigration, are, for the moment, nothing more than the musings of his restless fingers on his computer keyboard. Nevertheless, all too often what began as tweets have become policy. It has at times been the case, however, that when the president faces determined public opposition, he backs away from some of his most extreme musings. This must be one of those times. America is a nation of immigrants and it is imperative that their descendants rise up in protest against Trump’s potentially malignant decision.