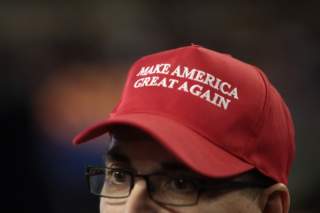 Their target, however, was not the radical Islamic ideology that inspired the worst terrorist attack on U.S. soil since 9/11. No, the politicians were referring to GOP presumptive presidential nominee Donald J. Trump and his proposal to temporarily ban Muslims from entering the United States. It was yet another example of elevating self-righteousness over reality and delusions over solutions.

Obama, Clinton, Ryan and numerous Trump haters behave as if religion is irrelevant or at best tangential to the bloodbath perpetrated by Islamic terrorists. While leftists like Obama and Clinton would much rather bash Republicans than identify radical Islam by name, Republicans like Ryan act as if blaming radical Islam is enough, and refuse to acknowledge the insidiousness of this evil in the Islamic faith or in Muslim communities in general.

By contrast, the bombastic and undisciplined Trump looks like a profile in courage. After Orlando, he reminded fellow Americans, “Many of the principles of Radical Islam are incompatible with Western values and institutions.” From Paris to Sydney, Fort Hood to Chattanooga, San Bernardino to Orlando, lone-wolf Islamic terrorists have repeatedly proven him right.

Instead of reiterating by rote that Islam is a religion of peace, as Washington politicians do, Trump is raising tough questions about why numerous Islamic governments and Muslim believers are decidedly not peaceful. Thus far, Trump haters have made no honest attempt to offer viable answers.

Perhaps that is because reality can be quite inconvenient. Across the Middle East and wide swaths of Africa and Asia, sharia, Islam’s moral code and religious law, reigns. The regimes that subscribe to it do not uphold the freedom of religion, subjugate women as second-class citizens and outlaw homosexuality as an offense punishable by death.

While not every Muslim-majority country governs by these beliefs, the separation of church and state, a key concept enshrined in the U.S. Constitution, is one that numerous experts have declared in conflict with Islam. Furthermore, even moderate Muslim countries like Malaysia and Indonesia recognize Islam as the official state religion, and have enacted domestic laws and policies that restrict religious freedom even though the concept is enshrined in their respective constitutions.

Worse yet, sharia law rears its ugly head right here in America too. By one count, about twenty-six women die each year in this country as a result of Islamic “honor killings” perpetrated by their relatives.

What career politicians refuse to recognize and what Trump intuitively grasps is that the lines between radical Islam and regular Islam are blurrier than they appear. Of course, peaceful and patriotic Muslims have helped built America just like every other immigrant group, but outspoken, moderate Muslims in the West who openly stand up against the dark side of their faith are few and far between. Indeed, polling shows that a majority of Muslims living in the United States wish to have the choice of being governed by sharia law and judged by sharia courts. More disturbing, nearly a quarter of Muslims in America believe it is legitimate to use violence to punish those who give offense to Islam.

Meanwhile, just because some Muslims are portrayed as moderate and patriotic does not make them so. For example, President George W. Bush stood with supposedly peace-loving Muslim Americans after 9/11, but one of those individuals was actually the executive director of the Council on Islamic-American Relations (CAIR), a U.S. Muslim group that federal prosecutors in subsequent years would name as an unindicted coconspirator in a criminal conspiracy to funnel financing to foreign terrorists.

Before the complicated and unsettling reality about Islamic terrorism and its ideology, leaders like Obama and Clinton have routinely opted for political correctness and cowardice. Soon after the president assumed office, his administration ceased referring to this country’s war against the jihadists as the “Global War on Terror” and gave it the bland, politically correct moniker of “Overseas Contingency Operation.” When a deranged Major Nidal Malik Hasan fatally shot thirteen Americans on an Army base in Fort Hood, the administration designated the attack—carried out in the name of Islam—as an incident of “workplace violence.” When ISIS showed the world it was not the “JV team” Obama had described, his administration convened a “Summit on Countering Violent Extremism” and went out of its way to avoid mentioning Islam, a word ISIS has never hesitated to use. Unable to refute Trump for pointing out the administration’s political correctness, Obama recently just chose to mock him.

For his part, Speaker Ryan has argued that the smarter way to go than a temporary Muslim ban is to impose “a security test, not a religious test.” Given the bloodshed and horror that have been perpetrated in the name of Islam in the modern era and given the infiltration by terrorists of the massive Syrian refugee influx to Europe, Americans can be forgiven for remaining worried and fearful despite Ryan’s reassurances.

By contrast, Trump talks bluntly about radical Islam, its insidious influence and its grave threats to the homeland. His temporary Muslim ban may be overly inclusive, but he is not pretending that America’s war with radical Islam is merely a security problem.

It is no surprise that Clinton and Obama have eagerly expressed their anti-Trump indignations. The left long ago abandoned any pretense of honesty when talking about race, ethnicity, gender or foreign religions. It is no surprise either to see Ryan engage in regular Trump condemnations. After all, the right has more often than not succumbed to the left’s paradigm of identity politics while meekly mouthing objections to the specifics.

Were Trump to cease discussing a Muslim ban but focus on what he began proposing more recently (i.e., temporarily banning immigrants from countries that produce and harbor Islamic terrorists), would the political class talk more honestly about the threats posed by radical Islam in this country?

Of course not. That alone tells us far more about the Trump haters—and the preference for burying their heads in the sand regarding radical Islam—than about Trump himself.

Ying Ma is the former deputy communications director and deputy policy director for the Ben Carson for President 2016 Campaign. She is also the author of Chinese Girl in the Ghetto and her website is http://yingma.org.