Why Ukraine Really Is On the Road to Reform 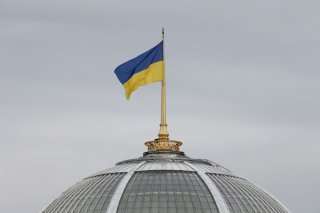 Last month Ukraine secured a $5 billion loan from the International Monetary Fund. A week ago, the European Union provided $1.2 billion for the macro-financial assistance program. The European Bank for Reconstruction and Development has invested more than $350 million in Ukraine this year alone.

This has become possible largely due to the launch of structural reforms. The fight against corruption, land market creation, new legislation on concession and privatization, and banking sector liberalization are among them. International financial institutions would not invest their resources in economies that are not predictable and do not show progress.

When President Volodymyr Zelenskyy took office in April 2019, he promised to change the old practices that have prevented Ukraine from growing. The foundation for this has been built. The walls and roof are soon to be completed. The solid home where every Ukrainian, regardless of his or her language, culture, religion or political views, is equally welcome is where we all want to be.

This is not an easy task for a country that just recently broke up with its Soviet past. Adding to this is the devastating military conflict that is taking place for the seventh year.

If Hollywood is famous for Star Wars, Ukraine is overwhelmed by political wars. One might think this is an attribute of a rising democracy. It could be true if some politicians who still cannot accept their defeat did not pursue their narrow agendas that have nothing to do with the interests of the Ukrainian people.

The presidential electoral process in 2019 made clear how vile the situation can be, with disturbing attempts to divide the society that was sincerely looking for its national identity. The historical memory, national symbols, disinformation campaigns – everything was used to divert people's attention from the essence and need for real changes in the country. Unfortunately, the shameless game with Ukraine’s social-emotional health has not ended with the elections.

The encouragement of social disorder and political manipulation prompted the development of violence as well as a feeling of impunity within some groups. With the occupation of Crimea and the ongoing foreign aggression in the Donbas that has claimed the lives of more than thirteen thousand people, and millions of illegal weapons spread in the country, even the smallest spark may lead to a huge fire.

The artificial waves of hatred only contribute to the growth of attacks against those who have different opinions. The recent fire of a prominent activist’s house and previous attacks on the ex-head of the National Bank offer vivid examples of this worrisome trend which must be condemned. “I sincerely sympathize Vitaliy Shabunin and all those of our fellow citizens who, due to their civic position, find themselves in such unpleasant situations. The culprits must be found and punished. That's right - found and punished. And we - the society - still have to learn to be tolerant of those who have their own position on controversial issues. And who express it actively and regularly. 'A society of dialogue, not a society of violence' is a credo that must become an axiom for us,” – posted Zelenskyy on Facebook after an attack on Shabunin’s house.

It is not among the President’s functions to investigate the attack. But Zelenskyy is keen to do everything he can to build an effective and transparent system of law enforcement and judiciary that will stand for the democratic rights of every Ukrainian citizen.

We need to change the narrative of self-victimization in society and aggressive manners towards each other. It is the future of Ukraine that must unite us all. This is why Zelenskyy is taking steps to restore dialogue aimed at engaging different parts of society that would be ready to talk and listen about the essence of long-awaited changes. Among them is land reform which will create an open market of super-rich soil for everyone in the country. Over the past few decades, almost every politician avoided initiating this move.

The other priority is to invite investors for the concession and privatization: Ukraine has recently leased its Southern Sea Trade Port of Kherson for thirty years and the first transparent purchase of the state hotel has marked the start of a great privatization. Around five hundred state enterprises stand ready for privatization.

The third area where President Zelenskyy is making progress is the development of critical infrastructure. In 2020 Ukraine started building nine times more roads than during any other year. This is an almost impossible mission for one of the most corrupt domains. Judiciary reform will be finished during the year from now. We have cancelled hundreds of documents regulating business to give it more freedom. The list of positive transformations under President Zelenskyy is enormous.

For Zelenskyy, being in power is an immense responsibility. And there is no more opportunity to bring change to the country than being in power. The road to change is long and difficult. We suffer and struggle on it together.