Why The United States Should Open New Consulates in India 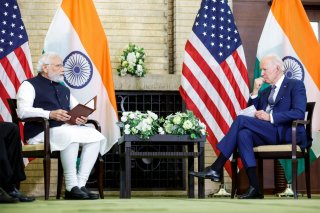 Successive administrations talk about putting diplomacy first, and nearly all say they need greater resources to make that happen. There may be merit to this argument, but the amount of money available is irrelevant if the State Department lacks wisdom about how to allocate it. Simply put, if U.S. diplomacy is to be effective, it needs to adjust to twenty-first-century realities rather than nineteenth-century ones.

I have written before about the number of blind spots in U.S. policy because the State Department refuses to establish consulates in key regions like Somaliland, Nagorno-Karabakh, and Syrian Kurdistan. Perhaps none, however, have consequences on the scale that the neglect of India does.

India is, of course, the world’s largest democracy, so local politics matter. It is also among the world’s most diverse countries, with more than 1,000 languages spoken. India has not only the world’s largest Hindu population but also the world’s largest Sikh, Jain and Zoroastrian populations. India hosts the second-largest Shi’ite population after Iran. Buddhism originated in India and still predominates in Ladakh. Christians number in the millions, and India has more Jews than Poland, the Czech Republic, or Portugal. Baltis, who practice an eclectic fusion of Shi’ism and Buddhism, flee from Pakistan into India to practice their faith freely. Beyond its regional diversity and political complexity, it is also an economic powerhouse. It has the sixth largest economy in the world with a trajectory to move up several places if the government can resist populism and have the discipline to continue privatization and reform.

While American diplomats can read Indian newspapers or watch India’s energetic television debates, it is impossible to remain adequately informed of developments in key regions without a consistent presence. Consider that the State Department still issues a travel warning for Jammu and Kashmir “due to terrorism and civil unrest,” even though the state has not witnessed significant terrorism or unrest since India normalized its internal status three years ago. Today, it is thriving economically and socially and locals feel safe enough to be out at all hours of the day and night. The State Department should be embarrassed that its assessment about a region in which more than 13 million people live is out-of-date; it delegitimizes all travel warnings and raises questions about the competency of the entire process.  Given continued international disputes with regard to Kashmir as well as Kashmir’s intellectual and social importance inside India and its role as an all-season tourist hub, it is diplomatic malpractice not to maintain a consulate in Srinagar.

Or, consider Punjab, a state where Sikhs predominate, and one that will become increasingly important as Pakistan cynically tries to sponsor a “Khalistan” separatist movement there, and among the Sikh diaspora in the United States and Canada. Given the number of Punjabis in the United States who travel between the two countries, to omit a consulate in the Punjabi capital of Chandigarh or its largest city Ludhiana is, again, symbolic of American neglect.

The United States computer and tech industry rests disproportionately on the labor and intellectual contributions of America’s vast Indian-American community. If Silicon Valley is the center of America’s computer industry, then Bangalore is its equivalent in India. The interaction between the two is significant. And yet, while India maintains a consulate in San Francisco, the United States has no equivalent in Bangalore; the closest American post is more than 200 miles away in Chennai. It need not be an either/or decision, but at the very least the State Department should explain why maintaining an investment in Winnipeg, Canada is more important than nurturing the relationship between two of the largest tech hubs in the world.

Population matters. The United States maintains no consulate dedicated to Uttar Pradesh, home to almost 200 million people, a larger population than all but the top seven countries by size. Diplomacy should not just be about interacting with top government officials. The most talented diplomats get a pulse of society across class. To do this, Uttar Pradesh, whose capital Lucknow is the eleventh largest city in India, would be ideal.

It is not all about size, though. Himachal Pradesh, a state wedged between Punjab, Jammu, and Kashmir, and Uttar Pradesh, may have a population of less than seven million, but its geopolitical role amplifies its importance. Its winter capital, Dharamshala, doubles as the home of the Dalai Lama, who fled China following the communist conquest of Tibet and his Central Tibetan Administration. A consulate there would be better situated than any diplomatic post in China to handle Tibetan affairs, without crossing the line into overt support of separatism in China.

Realistically, it would be presumptuous to assume that India would welcome so many consulates in quick succession. While New Delhi generally shares the bipartisan commitment in Washington to develop relations, there is still significant distrust of the United States and its diplomats at the local level in India, a legacy of the Cold War and non-aligned movement distrust. Certainly, India would demand a reciprocal expansion of its posts, and should receive them, perhaps in cities such as Dallas, which has a large Indian population, or Seattle and Huntsville, both of which could advance technological cooperation.  Still, it is long past time that the United States recognizes India’s global importance, not only today but also in the century to come. Both President Joe Biden and Secretary of State Antony Blinken have declared that diplomacy is back. That may be a noble goal, but if such diplomacy is truly to be effective, it is time to reorganize it for the twenty-first century.