Why the U.S. Democratic Project Failed in Afghanistan 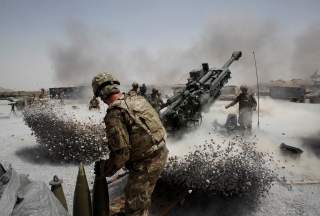 Simple cost-benefit analysis of the conflict in Afghanistan would conclude that the United States of America—along with the thirty-nine other countries with troops deployed on the ground—lost their eighteen-year battle to democratize Afghanistan. As even the Special Inspector General for Afghanistan Reconstruction (SIGAR) admits, almost half of the country remains under Taliban control. Meanwhile, the war has cost over $1 trillion; an amount that could fund the entire U.S. education system for fifteen years, or provide free university education for all U.S. citizens for ten years. The trillion-dollar question, then, is how could such a massive investment by the United States not yield its goal of a stable, Afghan democracy?

One factor is the low quality of information about Afghanistan available to intelligence units. Any statistic about Afghanistan—population, food scarcity, or anything else—is an educated guess. The Afghan government has not administered a census since 1979, meaning no one actually knows the demographic particulars of Afghanistan’s current population. In fact, Afghanistan’s total population is likely above fifty million, and definitely not the reported 36.7, meaning 20 percent of the population does not officially exist. A similar lack of statistical knowledge is the case in all sectors—be it education, healthcare, opium production, military strength, civilian deaths, or territorial control of the government forces. Because the United States and its allies lacked definitive information about Afghanistan’s socio-cultural terrain, the very people within whom the United States was intending to instill democratic values, the United States could not effectively introduce democracy to Afghan people.

A second factor is the Afghan populace’s depleted trust in electoral processes. The Taliban threaten people who intend to partake in any democratic practice related to Afghanistan’s government, which leads swathes of people to abstain from voting. Afghanistan also tops international rankings of corrupt governments, and ballot boxes are generally meddled with. American taxpayer dollars did not assuage voter suppression or fraud—in fact, with the Taliban mostly eradicated in 2014, warlords retained political popularity. On top of that, about 68 percent of the adult population is illiterate, so only every third voter courageous enough to risk entering the voting booth can read and write. Such illiteracy complicates the U.S. campaign for democratic governance in Afghanistan since literacy aids political decision-making.

A third factor is the predominance of Afghanistan’s opiate-based economy. Currently, opium is the country’s largest employer, providing about 354,000 full-time jobs and representing 20-32 percent of the GDP of Afghanistan. Reports may have reduced these numbers, too, to shed Kabul in better light—after all, government officials tasked with eradicating opium rely on the drug trade themselves. And, the economy of opiate sales dwarfs the economy of opiate production. In fact, if all Afghan opium sales occurred in Europe, which most do, the financial yield would be about $60 billion—well over three times the GDP of Afghanistan. The U.S government and its allies have been naïve to assume military force would prevail over Afghan opium’s economic strength. Replacing such a massive source of national income requires more than a democratic governing structure.

Additionally, Afghan residents faced severe barriers to health and wellbeing with respect to malnutrition, unemployment and poverty even before the U.S. invasion. Its aftermath only exacerbated these challenges. About half of the population lives in poverty, the unemployment rate is above 30 percent, and at least every third child is protein deficient. On top of that, severe climate change aggravates droughts. Crop failure and food shortages have displaced over two million people. For the average Afghan citizen, issues of democratic governance are inconsequential when compared to issues of poverty and hunger.

Compounding with public apathy toward democracy is the Afghan government’s reliance on international aid. The problem with aid is not only that outside interests can buy their way into Afghan policy, it is also unsustainable and creates neo-colonialist dependency. Two examples of that are the deals reached between the Afghan government and the European Union. Both deals bribed the Afghan government to deport Afghan asylum seekers from EU territory with the reward of interest driven targeted financial aid. In other words, Afghanistan—one of the most dangerous countries in which to live—was paid foreign money to accept deportees who had initially fled to the EU to escape war and famine. Contrary to the Afghan government’s claims that Afghan returnees are safe and treated well, the stories of Afghan returnees speak volumes of their plight.

While these factors certainly complicate the U.S.-led military conflict in Afghanistan, they do not fully explain the costly military failure of the United States and its allies. Another explanation can be found in the fields of Afghan onion farmers in 2017. That year, in Ghazni alone, thousands upon thousands of tons of onions were rotting in the fields. Farmers had taken loans for solar panels to water their harvest. Unfortunately, due to geopolitical power plays, the main market they could access was Pakistan, giving Pakistan’s government and businessmen a monopoly over Afghan farmers and lowering demand prices to one USD cent per onion pound. If the onions were pitched at 5 cents per pound anywhere else in the world, the onions would have been sold at ten times the price Pakistani business enjoyed. But, since international focus on Afghanistan’s development was on military investment, anti-opium policy, and fiscal aid, millions of dollars of untapped market potential rotted in onion fields, while the families of Afghan farmers starved.

And that’s just it—international forces seeking to democratize Afghanistan did not promote the free enterprise and capitalism that could tangibly improve Afghan livelihoods. Rather, the U.S.-led campaign increased material hardship through its military invasion and forced governmental revolution. The United States and its allies sent soldiers with advanced military technology to Afghanistan, rather than sending engineers, architects, doctors, or professors. Afghanistan is a gold mine of natural resources, with estimates ranging from 1 trillion, to 3 trillion, to even 30 trillion in value, yet no country has invested in this resource potential. All that U.S.-led international organizations, forces, companies, and contractors have managed to accomplish in Afghanistan is spend taxpayer money, enthrone corrupt Afghan officials, and kill innocent civilians through airstrikes and starvation. What Afghanistan needed—and still needs—was not democracy; it needed access to the global market, or better said das Kapital. Instead of empowering the Afghan population toward increased income and bettered livelihood, the United States and its allies invested tax dollars in a militarized endorsement of drug producers and warlords.

President Donald Trump has rightly acknowledged that striking a deal with the Taliban is the best-case scenario for American taxpayers. However, the average American taxpayer must know that a deal with the Taliban would seal the loss of the 1.4 trillion spent so far. Ghazni province today is not significantly different from Ghazni in 1999 before the war. Forced marriages remain the norm, women still are bought and sold like objects, and officials carrying guns ask for unofficial taxes. The U.S. export of democracy to Afghanistan did not impact the Afghan populace because democracy must come from the people, not be imposed on the people, to truly be democracy. Empowering Afghans by investing in self-sustaining income rather than investing in a trillion-dollar conflict could give Afghans the resources to begin fighting for their own democracy. Unless the United States secures both its own economic interests in the shape of raw materials and the future of ever-suffering Afghans, it condemns itself to lose the war and the Afghan citizens to suffer.

Mirwais Wakil is a policy advisor at NEOS, a political party in Austria. He holds an MSc. in International Relations from the London School of Economics. Follow him on Twitter: @wakilmirwais.