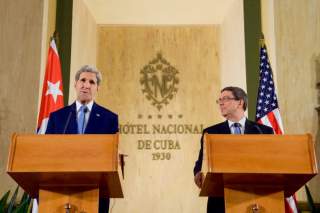 Counterintuitively, U.S. policy makers do not need to fear soft balancers. In fact, they would do well to pay heed to their concerns. As was evident in the decade-long U.S. occupation of Iraq and the continued unravelling of the Middle East, bypassing major secondary states and the multilateral institutions the United States worked so hard to create in favor of unilateral military intervention can lead to major costs. Conversely, multilateral efforts to promote norms that respect international law can point the way toward more effective U.S. policies and a restoration of U.S. influence.

Max Paul Friedman is Professor of History at American University and author of Rethinking Anti-Americanism: The History of an Exceptional Concept in American Foreign Relations (Cambridge University Press, 2012). Their article “Soft Balancing in the Americas: Latin American Opposition to U.S. Intervention, 1898-1936” is out this summer in International Security.