Why the West Must Stand With Ukraine 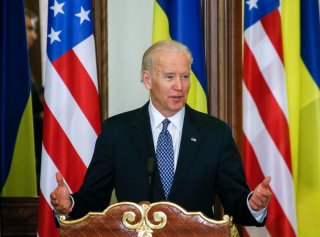 Berlin and Paris want to pretend that Russia is a normal country. They suggested inviting Russian President Vladimir Putin to an EU summit for the first time since Russia forcibly annexed Crimea in 2014. Voiced after the summits of the Group of Seven, NATO, the United States, and the European Union, as well as President Biden’s first foreign tour, this suggestion leaves Ukrainians outraged.

Russia’s war against Ukraine was a topic at all of the major June meetings.

​The West offers no shortage of advice. Hold fast in the East and make progress on reform, Ukraine is being told by all. We want to resolve the Ukraine issue, many say. But they do not wish to provoke or alienate Russia.

Not provoking and alienating autocratic Russia is truly a mission impossible. How could it be achieved? Should anything be sacrificed for this?

Let me give you a radical example.

Just imagine if there were no “Ukrainian issue.” More precisely, imagine there was no Ukraine. Imagine there were no Georgia or Moldova, and the democratic revolutions that swept Georgia, Ukraine, and now Belarus never took place.

Without these significant national movements for independence and democracy, there would no doubt be a renewed Soviet Union occupying our lands and nations and repeating the history of the 20th century. One could assume that some Mr. Putin or a similar ex-KGB type hardliner would lead in such a renewed empire.

On our lands, they would have retained Soviet nuclear weapons, the third largest arsenal in the world. In addition, new Russian weapons aimed at the West would also be installed here.

There would be no independence of the Baltic nations. Neither Poland nor the Czech Republic, Slovakia, Hungary, Romania, let alone the Balkans, would be members of the EU and NATO. Instead, in these states, Moscow-aligned political forces would be effective in rebuilding a Soviet-style political architecture.

Would Europe be safe? Decidedly not.

In order not to lose Russia forever, the West must do everything possible and more to integrate Ukraine and other countries in our region into a United Europe, and therefore into NATO and the EU. This is exactly what Mr. Putin fears because Ukraine’s freedom means something more than our national interests. It proves that Russia too can be free and that Putin is not indispensable.

The historical moment demands nothing less than full-throated support for Ukraine’s membership to NATO. The West has no right to put Ukraine, Georgia, Moldova, and, in the future, a free Belarus, on ice. We deserve and demand better.

We must be allowed to finally walk through the invisible barriers and proverbial Open Doors.  Look at the opinion polls. A majority of Ukrainians favor membership.

History is forcing the current Ukrainian government to continue our reforms at the pace and manner in which we actively started in 2014. Ukraine must prove its ability to eradicate corruption and implement European norms and principles.

To be clear, Ukraine must clean house. We need strict monitoring of reforms in Ukraine as was the case in 2014-16. Joint international and civil encouragement with clear benchmarks will bring about necessary results and real economic growth.

We need the West’s leadership to contain Russia. There is no place for Moscow at the EU or G7 summits. Mr. Putin will not stop his aggression. The Minsk agreements cannot bring peace to Ukraine and Europe. Let’s stop pretending otherwise.

The EU concept of “push back, constrain and engage” Russia won’t work. As soon as you invite the Kremlin to the EU table, be ready to engage with its new attempts to divide and conquer.

We long for the unity of the United States and Europe — but not at our expense. It will cost too much for everyone.

Arseniy Yatsenyuk was the Prime Minister of Ukraine from 2014-16.