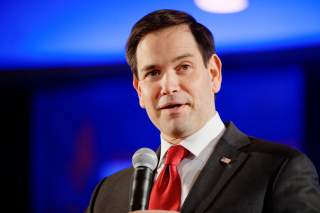 When Raúl Castro retires from Cuba’s presidency a year from now, in February 2018, Donald Trump will be the first U.S. president of the post-Castro era. That gives him a unique opportunity to shape the future of U.S.-Cuban relations by partnering with a new generation of Cuban leaders— if he looks forward, rather than backward. But if the president’s attention is elsewhere, hardline Cuban-American appointees tied to Senator Marco Rubio could squander Trump’s historic opportunity by locking his administration into a Cold War policy of hostility that was a loser for the past fifty years and serves nobody’s interests but theirs.

During the Republican primaries, Rubio attracted a lot of free press by being the most vicious critic of Obama’s opening to Cuba—just as he was vicious (not to mention obscene) in his criticism of Trump. By contrast Mr. Trump said he thought Obama’s opening to Cuba was “fine,” and still trounced Rubio in the Florida primary.

The fact is that almost no one supports the old policy of hostility toward Cuba except the older generation of Cuban American exiles in South Florida and their favorite politicians—not the Cuban-American community as a whole, not the U.S. business community, not the American people, not the Cuban people and not U.S. allies abroad. The only beneficiaries of a return to antagonism would be China and Russia, who would gladly step into the vacuum, both in Cuba and Latin America more broadly.

Rubio and members of Congress like Ileana Ros-Lehtinen and Mario Diaz-Balart continue to carry the flag for those recalcitrant exiles, but what does Donald Trump really owe them? They didn’t support his candidacy, but now that he has won, they are trying to claim credit for his victory by insisting that they delivered the decisive margin of victory in Florida. That’s self-serving nonsense, meant to ingratiate themselves with the president-elect in a bid to claim control of his Cuba policy for their own ends.

Hillary Clinton won South Florida by 100,000 more votes than Barack Obama did in 2012. Trump won 52–54 percent of the Cuban American vote, only a few percentage points better than Mitt Romney and far below the two-to-one margins Republican used to rack up before 2012. By contrast, in the predominately white rural counties along the I-4 corridor and in the panhandle, Trump crushed Clinton by huge margins.

Donald Trump won Florida for the same reason he won Pennsylvania, Michigan, Ohio and Wisconsin. White blue-collar workers, fed up with politics and politicians who were not addressing their needs, turned out in record numbers declaring, with their votes, “We’re mad as hell, and we’re not gonna take it anymore!”

What Donald Trump promised them was jobs (which trade with Cuba would produce), secure borders (which a new migration agreement with Cuba would help achieve), and safety from terrorism and crime (which law enforcement and counter-narcotics cooperation with Cuba would help provide). All this is possible because Cuba no longer sees itself as an implacable enemy of the United States. Cuba wants to be a good neighbor; we should take yes for an answer.

Cuba is changing. The economic reform process now underway is moving it away from a Soviet-style planned economy to one with a real private sector open to foreign investment. Progress has been slow—too slow for most Cubans, especially the younger generation. When a new generation of leaders takes the reins in 2018, they will almost certainly accelerate the pace of change—unless they are under the gun from Washington. Then the old, familiar habits of the Cold War siege mentality will set in, slowing the reforms that Cubans desperately need and want.

President-elect Trump should not let south Florida politicians who profited from the old policy of hostility capture his Cuba policy so they can keep their own political base energized. Their base is not his base; their interests are not his interests. President Trump has an historic opportunity to, in his own words, “bring Cuba back into the fold,” but only if he ensures that the people making Cuba policy are loyal to his vision, not Marco Rubio’s.

William M. LeoGrande is Professor of Government at American University in Washington, DC, and co-author with Peter Kornbluh of Back Channel to Cuba: The Hidden History of Negotiations between Washington and Havana (University of North Carolina Press, 2015)