Why Yemen Will Be Donald Trump's Litmus Test 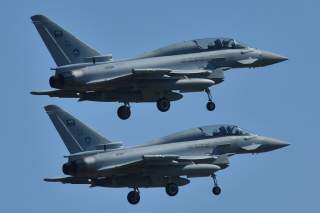 The civil war in Yemen—in which the United States is deeply involved—will be a litmus test for the incoming Trump administration. The most recent ceasefire in Yemen, brokered by Secretary of State John Kerry and the government of Oman, lasted no longer than previous ceasefires. The war in Yemen will continue—at least at a low level—well after Donald Trump takes office.

What President-elect Trump does—or doesn’t—do about the war in Yemen will tell us a great deal about what his foreign policy in the Middle East may look like. It will also tell us which set of advisors he is most inclined to listen to: pragmatists, like incoming National Security Advisor retired Lt. General Mike Flynn, who prioritize the fight against militant Salafism, or neoconservatives who see Iranian influence as the primary threat to regional stability.

While the war in Yemen has received limited coverage, it is just as brutal as the war in Syria and just as critical to regional stability. Yemen is located along the Bab al Mandeb in the Red Sea, one of the world’s critical shipping corridors. It is also home to the most lethal and nimble branch of al-Qaeda.

In March 2015, Saudi Arabia and its allies launched “Operation Decisive Storm” — a campaign to defeat the Houthis and reinstall the pro-Saudi government in exile. Fast forward nearly two years and Saudi Arabia and its partners have little to show for intense aerial bombardment and an estimated expenditure of 5 billion dollars by Saudi Arabia alone. The Houthis and their allies, which include Yemen’s former president Ali Abdullah Saleh (even though the Houthis fought six wars against Saleh’s government), remain in control of the capital and most of northwest Yemen.

The southern half of Yemen is loosely controlled by a motley mix of nominally pro-government in exile forces, tribal militias, southern separatists and militant Salafis, namely al-Qaeda in the Arabian Peninsula (AQAP). The Saudi and Emirati led war in Yemen has been decisive, although not in the ways that were intended. AQAP, which was on the ropes before the war, is now resurgent and the war has empowered the Houthis rather than defeated them.

In March 2012, long before the Houthis took over Sana’a, one of Yemen’s elder statesmen told me, “The Houthis know nothing about governing or running a country but the one thing they can do is fight.” The same long-serving politician went on to issue a prescient warning, “fighting is where their power lies. If there is a war, they will win, without it, they will lose.” Four years later, the Houthis have demonstrated that they can indeed fight. Saudi Arabia’s aerial campaign which has targeted bridges, schools, factories and even a funeral has allowed the Houthis to cast themselves as “defenders of the nation.” The Houthis probably enjoy more support now than they ever have.

AQAP too has been empowered by the war in Yemen. The Houthis and AQAP are enemies since Salafis regard all Shi’a as heretics. Before the start of the Saudi-led war, the Houthis and the tribal militias allied with them were on the offensive against AQAP. AQAP was underfunded and was having a hard time recruiting enough men to replenish its ranks. With the start of the Saudi campaign, all of this changed. AQAP was once again able to go on the offensive. In the months following the launch of Operation Decisive Storm, AQAP surged across southern Yemen. It seized stores of weapons and materiel abandoned by Yemeni troops and it took over Yemen’s fifth largest city, Mukalla. There, it raided a branch of the Yemeni Central Bank and walked away with 100 million dollars.

In April, Mukalla was retaken by Saudi and Emirati-backed forces. However, this loss of territory, which was described by AQAP as a strategic retreat, has had little effect on the organization. If anything, AQAP has benefited from being more mobile. In what is a dangerous parallel with militant Salafist organizations in Syria fighting the Assad government, AQAP is focused on enmeshing itself within those forces battling the Houthis.

During his campaign, Trump prioritized the need to fight militant Salafism, stating that he will work with Russian President Vladimir Putin to battle the Islamic State in Syria. Yet the president-elect has repeatedly described the nuclear agreement with Iran as “the worst deal ever negotiated.” This could well lead one to believe that a Trump administration will listen to neoconservatives. The same neoconservatives whose policies—like invading Iraq—have, more than anything else, empowered Iran. If neoconservatives like John Bolton exert influence on the president-elect, a focus on rolling back Iranian influence in the region will likely come at the expense of fighting militant Salafism.

With a pragmatic approach to the war in Yemen, the incoming Trump administration could achieve both aims. It could check Iranian influence by exerting real and sustained pressure on Saudi Arabia to end its largely futile campaign against the Houthis. While the evidence that Houthis are Iranian proxies is dubious, Iran can only be delighted by the fact that Saudi Arabia is mired in a costly war that it cannot win. The cessation of the Saudi-led aerial campaign and the lifting of the naval blockade are both critical first steps toward stopping an unfolding humanitarian catastrophe and restarting Yemeni-driven negotiations. These negotiations were at an advanced stage before the Saudi intervention in Yemen.

Restarting meaningful negotiations and addressing Yemen’s dire humanitarian crisis are both prerequisites for combating a resurgent AQAP. AQAP—like all militant Salafi organizations—feeds on poverty and chaos and thrives in ungoverned spaces. For nearly two years, AQAP has had an almost free hand in southern Yemen.

The Trump administration’s response to the war in Yemen will be telling. Will the president-elect buy into Saudi Arabia’s and the neoconservatives’ Iran-centric view of the conflict? And if this is the case, will he continue to embrace policies and measures that enable Saudi Arabia to continue its increasingly brutal war? Or will he be more inclined to listen to advisors like Mike Flynn who view militant Salafism as the primary threat to regional stability? If this is the case, then ending the war and stabilizing Yemen should be high on the incoming president’s list. What is certain is that how Trump responds to the war in Yemen will show the region just how capable the new president and his advisors are of addressing conflicts that demand calculated, pragmatic, and well-balanced responses.

Michael Horton is a Senior Analyst for Arabian Affairs at the Jamestown Foundation, where he specializes in Middle Eastern affairs with a particular focus on Yemen and Egypt. He is a frequent contributor to Jane’s Intelligence Review and has written for numerous other publications, including Islamic Affairs Analyst, the Economist and the Christian Science Monitor.