Will America Force Iran to Strengthen Ties with China and Russia? 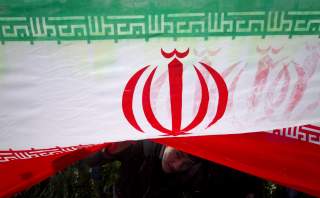 President Hassan Rouhani and the moderates conceived the nuclear deal as a way to normalize Iran’s position in the international community after decades of marginalization and isolation. By giving up the nuclear project, the moderates, commonly referred to as normalizers, tried to change the foreign-policy paradigm of the Islamic Republic known as revolutionary export.

Conceptualized by Ayatollah Ruhollah Khomeini and Grand Ayatollah Hussein-Ali Montazeri, the paradigm was a variant of radical internationalism. At its core was the mandate to export the Islamist revolution to other states through intervention, mostly by collaborating with Shiite groups capable of destabilizing the domestic politics of these countries. Nuclear weapons were a way to protect the regime from retaliation by Middle East neighbors targeted for intervention and their American protector.

Like other idealistic visions of international relations, the revolutionary export model had run into the stubborn reality of realpolitik. Reluctant to bear the cost of sanctions, the Iranian society sided with Rouhani in the 2013 and 2017 presidential polls. It is common to credit the hope of sanction relief with the election outcome, but in-depth studies found that normalization is popular with the upcoming demographics, the younger cohorts, and the better-educated urbanites.

The prospect of Iran joining the community of nations has greatly alarmed hardliners known as Principalists, a coalition of the followers of the former president Mahmoud Ahmadinejad, the Revolutionary Guards and the Haqqani School clerics. The Principalists have used the sanctions in the Trump era to discredit Rouhani and the normalization project.

Signed into law on August 2, 2017, the latest sanctions on Iran, the Countering Iran’s Destabilizing Activities Act of 2017, also known as the CIDA Act, are expected to sharpen the division between Rouhani and the Principalists.

Hossein Shariatmadari, the editor of the Kayhan daily, known for his hardline views, has urged to transfer the JCPOA dossier from the government to a board which would assess whether the sanctions violated the spirit or the law of the agreement. “Rouhani administration should no more be in charge of the dossier. Even though the administration has sacrificed and consumed a large portion of the establishment’s capacity for the nuclear deal, it has achieved no accomplishments.”

While some hardliners urged immediate withdrawal from the JCPOA, this option is not attractive to the Supreme Leader or the Revolutionary Guards. In their view, the Trump administration has supported the harsh measures to trick Iran into quitting the deal. A unilateral withdrawal would, in this view, cost Iran the support of other P5+1 signatories. For instance, the media lavished praise on Federica Mogherini, the European Union’s foreign-policy chief, who promised to fight to protect the agreement. The Russians and the Chinese were paid similar compliments.

Since the Trump administration needs to certify Iran as compliant with the JCPOA every ninety days, the future of the deal is not clear. According to sources, the president was reluctant to certify Iran and urged his team to find ways to toughen the oversight regimen, including inspection of military sites. David Albright, founder of the Institute for Science and International Security, promoted this idea after claiming that Iran has a history of hiding secret nuclear activity in the Parchin base, which, as a rule, is outside the International Atomic Energy Agency purview. The Trump administration has apparently approached its European allies to “build the case for serious flaws of the agreement, while also looking for ways to more strictly enforce the deal.” Still, the president was said to be ambivalent about withdrawing unliterally from the JCPOA, hoping, instead, that the harsh measures would prompt Iran to take the first step.

For its part, Congress went to great length to assure that the sanctions would be biting. Title I of CIDA Act adds new designations and activities as part of a “strategy for deterring conventional and asymmetric Iranian activities and threats that directly threaten the United States and key allies in the Middle East, North Africa, and beyond.” In addition to ballistic missiles, the legislation mandates the administration to broaden its embargo on conventional weapons. The bill lists “battle tanks, armored combat vehicles, large caliber artillery systems, combat aircraft, attack helicopters, warships and other weapons named in the United Nations Register of Conventional Arms.” The Act adds that sanctions would await those who “knowingly provide to Iran any technical training, financial resources or services, advice, other services or assistance related to the supply, sale, transfer, manufacture, maintenance, or use of arms and related materiel.” If fully implemented, the legislation would draw the regular army, the Artesh, into the complex web of sanction regulations. As with other secondary sanctions, its impact on the European suppliers is not clear.

Signed into law by President Trump on August 2, 2017, CIDA Act is expected to sharpen the division between Rouhani and the Principalists. Numerous observers concluded that “the perception [is] that the ‘normalization’ scheme has hit a wall in Tehran.” The normalizers, however, have not given up. In a recent inauguration speech, President Rouhani vowed to open Iran to international markets and investment, but his fragile détente with the West could be imperiled on two counts.

The IRGC, which controls the ballistic program, has shown no indication of changing course even though Great Britain, Germany and France joined the United States in denouncing the recent tests as a violation of the Security Council Resolution 2231. The Rouhani government has no say in the decisions that pertain to the ballistic industry and must work through Ayatollah Khamenei to make its options known. In one such case, Rouhani urged the Supreme Leader to force the IRGC to remove the slogan “Death to Israel” painted on missiles displayed during a parade. Should Washington fail to certify Iran’s compliance, the hardliners may withdraw from the treaty, or, more likely, emasculate the Rouhani government, a strategy that they used against Mohammed Khatami.

Either way, Rouhani’s difficulties would put an end to the normalization project while breathing new life into the revolutionary export internationalism, which has seen the IRGC deeply engaged in Lebanon, Syria, Iraq, Yemen and, most recently, Afghanistan. Equally consequential, Western sanctions may help the Principalists to complete the so-called “Pivot to the East.” Starting with Mahmoud Ahmadinejad, the hardliners have argued that Iran should orient its economy toward Russia, China and the other countries of the Shanghai Cooperation Organization. In this view, the organization is a vastly more reliable trade partner because it is willing to overlook revolutionary exports, ballistics issues and human-rights violations. Indeed, Russia has closely collaborated with Iran on saving the Assad family rule in Syria and is not likely to sanction the IRGC.

China’s ambitious “One Belt, One Road” project is also highly attractive to the hardliners. For the project, which promises more than $1 trillion in infrastructure investment in three continents, “Iran is at the center of everything.” In 2016, Iran and China have agreed on forming strategic relations with the Chinese to expand bilateral ties and increase trade to $600 billion in the next ten years. China’s investment in Iran since the second half of 2016 has been increasing up to 43.5 percent. By 2014, the value of bilateral trade between the two countries had reached $51.8 billion, a 73 percent increase compared to 2013. China also promised to invest $30 billion in Iran’s gas and oil fields, and another $40 billion in Iran’s mining industry. In the first six months of 2017, the volume of trade exchanges between the two parties stood at $18 billion, a 31 percent increase compared to the same period in 2016. Exports from China to Iran rose to $8.8 billion in January–July 2017, showing a 23 percent increase compared to the same period in 2016 in which China exported $7.2 billion worth of goods to Iran.

Unlike the normalization with the West, relations with the East carry no onerous obligations, including the controversial and complicated field of human rights, a frequent target of Western sanctions. It also furthers the goal of “resistance economy,” a reference to measures to make Iran less sensitive to external shocks such as sanctions.

The Supreme Leader, a major advocate of economic self-resilience, has pushed the “Pivot to the East” as an alternative to Rouhani’s normalization. According to him and the Principalists, once fully realized, this strategy would give Iran the freedom to continue with its “revolutionary export.” Ironically, the flurry of American sanctions may help the regime to fulfill this goal.

Farhad Rezaei is a research fellow at Center for Iranian Studies (IRAM) in Ankara where he researches Iran’s foreign policy. His new book, Iran, Israel and the United States: The Politics of Counter-proliferation, is forthcoming. He tweets at @Farhadrezaeii

Image: A demonstrator peeks from under an Iranian flag during a ceremony to mark the 33rd anniversary of the Islamic Revolution, in Tehran's Azadi square February 11, 2012. Iran's President Mahmoud Ahmadinejad said on the anniversary of the revolution that the Islamic Republic would soon announce "very important" achievements in the nuclear field, state TV reported. REUTERS/Caren Firouz