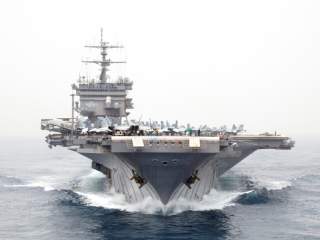 Nonetheless, there is no guarantee that this will be enough to rein in Chinese ambitions in the area. Not to mention, China could in fact accelerate its construction activities, expand its paramilitary patrols and step up its military footprint in the Spratly chain of islands to pre-empt the expected spike in American military presence in the area. What is clear, however, is that China’s neighbors like the Philippines are desperate for American assistance like never before.

Richard Javad Heydarian is an Assistant Professor in international affairs and political science at De La Salle University, and previously served as a policy advisor at the Philippine House of Representatives. As a specialist on Asian geopolitics and economic affairs, he has written for or been interviewed by Al Jazeera, Asia Times, BBC, Bloomberg, Foreign Affairs, the New York Times, Wall Street Journal, the Financial Times and USA TODAY, among other leading international publications. He is the author of Asia’s New Battlefield: US, China, and the Struggle for Western Pacific (Zed, London). You can follow him on Twitter: @Richeydarian.