Will Brexit Be the End of British Power in Europe? 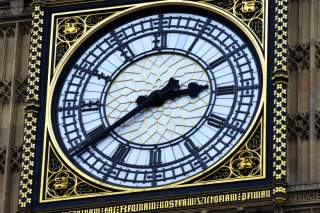 Today Britain will vote to leave the European Union. If it votes yes, the result will be a major shift in the European balance of power. A Leave vote would remove Britain as a check on French and German influence inside the EU and would risk another bid for Scottish independence.  The result will be a smaller, weaker Britain with less ability to influence events or protect its interests.

As it has been noted, a Leave vote carries major economic costs. Fully 45 percent of British trade is with EU member states, and departure from the EU will mean loss of access to the common market. This would be devastating to the British economy. Advocates of Leave have tried to blunt this argument by saying they want a trade deal with the EU that would open the common market right back up. They neglect to explain why the EU—having just been spurned in a referendum—would be willing to allow Britain to enjoy the benefits of the common market while assuming none of the burdens of maintaining it. Leave advocates look to Norway as an example of a state that was able to make such an arrangement. But Norway’s deal with the EU mandated they bring their economic regulations into compliance with EU standards and required they allow EU citizens to freely move to Norway to work. In effect, Norway had to agree to the same economic regulations and immigrations rules that have motivated the Leave campaign in the first place. Britain would fare no differently.

How a Brexit would alter the balance of power inside the EU in favor of France and Germany makes matters more difficult for the UK. Britain currently has seventy-three seats in the European Parliament, the third most behind only France’s seventy-four and Germany’s ninety-six. As long as Britain has a seat at the table in Brussels, it can shape the decisions of the European Union and influence Europe’s fate. Britain acts as a check on France and Germany, but if Leave prevails, that check will be gone and Britain will be reduced to begging France and Germany for access to the markets Britain depends on.

There is no guarantee that the EU would be willing to strike a trade pact post-Brexit—but if it wants one it will have to make that deal with an EU that is even more heavily dominated by France and Germany. Inside the EU, Britain has substantial say over EU economic policy. Outside the EU, it will be a mere spectator forced to live with decisions that will be made by others without British input. All of a sudden, Britain would go from having a major say in the rules that govern trade with its major trading partners to being at the mercy of a French and German dominated trading union.

The other danger to Britain in a Leave vote is that Scotland might try again for independence. Just under two years ago, Scotland held a vote of whether to secede from the United Kingdom. The vote failed by a margin of 55 percent to 45 percent. One of the key arguments made in favor of staying in the United Kingdom was that if Scotland voted to secede it might not be permitted to join the European Union as an independent country. Support for the European Union is much higher in Scotland than in England. Fully 54 percent of Scots say they will vote for Remain in the EU and only 26 percent are for leaving, while a slight plurality of English voters say they will vote to leave. Nicola Sturgeon, Scotland’s First Minister and head of the Scottish National Party, has said that a vote for Leave would justify a second referendum on Scottish Independence.

With Scotland, the United Kingdom has a population roughly equal to and an economy slightly larger than that of France, making Britain the third most powerful country in Europe after Russia and Germany. Without Scotland, British power would be greatly reduced. Britain’s economy would suddenly be smaller than that of France and its population substantially smaller. Scotland would also take with it substantial oil reserves and would be in a position to deny the United Kingdom the use of several important naval bases in Scottish territory. With the loss of nearly 6 million Scots and $300 billion in GDP, Britain would no longer rank between France and Germany among European powers. Instead, it would rank between France and Italy, a major comedown.

A vote for Leave may stir the nationalistic passions of some Englishmen, but it will ultimately reduce British geopolitical power by leaving Britain smaller, weaker, poorer and without any institutional mechanisms to protect its interests. A post-Brexit Britain will be less powerful and less well-positioned to use what power it does have. Brexit will shift the balance of power in Europe away from London and towards Berlin and Paris, to the ultimate detriment of Europe as a whole and Britain in particular.

John Ford has previously written for The National Interest on the Terrorism, the Middle East, and Africa. You can follow him on twitter at @johndouglasford.