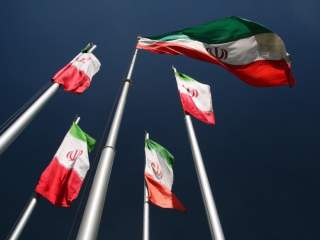 Debate surrounding the Joint Comprehensive Plan of Action (JCPOA) tends to focus on the deal itself, its strengths, weaknesses and the prospects for successful implementation. Experts have discussed whether the deal—even if upheld—means that Iran will be prevented from developing a nuclear weapon forever, or whether it merely delays Iran on its path to a workable nuclear capability. While the P5+1 insist the deal stops Iran forever, serious doubts have been raised regarding the political will of these powers to hold Iran to its commitments, especially given their apparent hesitation to arouse Iran’s ire, thus endangering the deal.

But one issue has been sorely missing from the discussion: the prospect that Iran might continue important work on a nuclear weapons capability beyond the bounds of the agreement, and even beyond the borders of Iran itself. Indeed, there is a strong possibility that Iran will continue to benefit from North Korea's nuclear advances, and some of Iran's nuclear activities might take place in North Korea itself, using the hermit state as a convenient backyard.

For Iran to do so would make perfect strategic sense. Iran has a clear interest in latching onto North Korea's program—Pyongyang both has technology that Tehran wants and seems to care only about being paid, as demonstrated by the nuclear cooperation between North Korea and Syria. There is already evidence of Iranian-North Korean cooperation in the ballistic missile field, cooperation with implications that extend to the nuclear realm as well.

There’s a history. The security relations between Iran and North Korea began during the Iran-Iraq war, and since that time, their missile and, later, nuclear cooperation has continued and expanded. In September 2012, for example, Iran and North Korea signed an agreement for technological and scientific cooperation. A few years ago, they also established the "anti-hegemonic front." The extensive cooperation between the two states has, over the years, included mutual visits by top North Korean and Iranian nuclear and missile scientists, including to Syria as well. The official delegations, and exchanges of scientists, demonstrate the wide range of relations between the two states. Missile technologies developed by North Korea were assimilated in Iranian Shahab missiles, and a failed missile test in Syria in 2007 caused the death of Syrian, Iranian and North Korean experts.

It is difficult to know the precise extent of cooperation between Tehran and Pyongyang in the nuclear realm, partly due to difficulties in the intelligence field—namely, collecting hard evidence from the two countries—and partly due to the lack of incentive on the part of the U.S. intelligence agencies to share findings that might cause difficulties in the P5+1 framework. Still, it is known that Iranians were present at some of North Korea's nuclear and missile tests, and that North Korea built the reactor in Syria that was bombed in 2007, which it is safe to assume that Iran at least had knowledge of, if not more direct involvement. The Syrian-North Korean nuclear cooperation demonstrates Pyongyang's willingness to sell its nuclear know-how and hardware to the highest bidder. One could imagine that Pyongyang would be willing to share with Iran its experience from four nuclear tests, for the right price. After all, North Korea is in dire need of financial assistance due to economic setbacks and strained relations with Beijing.

What does each state gain from the bilateral cooperation? Iran gets nonconventional technologies and the expertise that it needs, while North Korea benefits economically by selling its know-how. Moreover, for Iran this opens a backdoor channel, conveniently beyond the bounds of inspections and scrutiny, and the JCPOA itself. So Iran can make necessary advances in North Korea, while ostensibly adhering to the agreement with the P5+1.

There is certainly enough in each country’s recent history for this to be an ongoing topic of investigation, so why is so little attention paid to this danger? Why are the critics of the JCPOA not talking about this concern?

We don’t have the answer, but North Korea's fourth nuclear test, carried out in early January, and its more recent satellite launch have given a boost to those that are asking questions, and some in Congress have recently demanded that the Obama administration reveal to Congress what it knows about the two countries' nuclear cooperation. But when the P5+1 feel perfectly comfortable closing the file on Iran's past weaponization work, despite the damning IAEA report released in early December 2015, they do not inspire trust—not as far as getting to the bottom of Iran's nuclear weapons work is concerned.

This issue cannot be ignored, as it could prove crucial in Iran’s ongoing drive to maintain a nuclear breakout capability. Beyond the evidence of cooperation between the two countries that has already accumulated, these bilateral ties should be watched very closely for the simple reason that it makes perfect strategic and economic sense for the two to continue what is obviously highly beneficial mutual collaboration.

Alon Levkowitz is a research fellow at the Begin-Sadat Center for Strategic Studies and a lecturer at Bar-Ilan University. His research focuses on Northeast Asia-Middle East strategic relations.