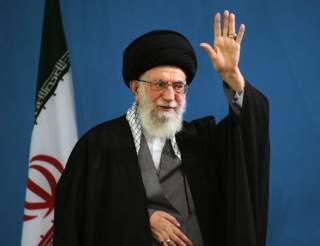 Another factor impeding the adoption of a more forthcoming negotiating position is that all Iranian political factions have begun focusing on two upcoming high-stakes elections that are widely seen as having a crucial impact on the future direction of the country – the election of the Assembly of Experts in the fall of 2015 and parliamentary elections in the spring of 2016.  Conservative opponents of President Rouhani are concerned that a popular nuclear deal that gives a major boost to the Iranian economy will strengthen the forces of moderation and give them an edge in the upcoming elections.  Determined to deny Rouhani and his supporters that edge, the conservatives have an incentive to make it difficult for his government to conclude such an agreement.

For their part, President Rouhani and his supporters, while strongly favoring a nuclear agreement, are concerned that their critics will pounce on any alleged weaknesses in the deal and accuse them of capitulating to Western pressures and sacrificing Iran’s rights.  Such sensitivity to politically-motivated attacks may be making Rouhani and his negotiators reluctant to press for alterations in Iran’s negotiating position that are necessary to move the negotiations forward but could leave them vulnerable in the run-up to the elections.

Thus, in addition to the strength of Iran’s skeptics and opponents, the dynamics of Iranian domestic politics may be inhibiting the adoption of more flexible negotiating positions, with even proponents of a deal cautious about advocating such positions internally.

President Rouhani has been increasingly outspoken about where he stands in the internal debate.  In a speech to an economic conference on January 4th, he stated that Iran’s interest in economic growth would not be served by isolation, implying that it would be advanced by an agreement that terminated the sanctions and ended its economic isolation.  By suggesting that revolutionary principles and ideals have no place at the negotiating table, he was apparently advocating a more pragmatic and less ideological approach to the talks.  And by expressing support for a referendum – clearly with the nuclear issue in mind – he was reminding his opponents that a nuclear deal is popular with the Iranian public, even though he knew that the likelihood of gaining the two-thirds majority in the Majlis needed to hold a referendum is very small.

While Rouhani is clearly in the pro-agreement camp, the key question is where Supreme Leader Khamenei stands among the various domestic factions, as he is the ultimate decision-maker in Tehran.  The Leader has said he is “not opposed” to the negotiations and has defended Iran’s negotiators as “children of the revolution.” But his many public comments, including his speech in Qom this month, reveal strong reservations.  At best, he is straddling the second and third camps described above but, more likely, he is deeply skeptical of the value of an agreement.  He frequently speaks about his distrust of the United States and the West, arguing that Washington, in particular, will not be satisfied with a nuclear agreement and will press on toward its real goal of regime change.  He asserted in Qom that Iran cannot count on an agreement with the West to lift sanctions and strengthen the economy.  Instead, it should pursue an “economy of resistance” that relies on domestic forces and immunizes Iran against sanctions.  According to the Leader, “by relying on the nation and domestic forces, we must act in such a way that even if the enemy does not lift the sanctions, no blow will be struck against the people’s progress or growth or welfare.” Thus, in his view, Iran can live without a nuclear agreement.

How Khamenei will juggle and weigh the various factors on which his nuclear decision-making will be based – including the views of key constituencies (e.g., the Rouhani administration; hardline elements in the IRGC, the media, and the Majlis; the clergy), the economic impact of sanctions and oil prices, the two upcoming elections, public opinion, and his own inclinations – is the principal unknown that will determine Iran’s posture in the negotiations and prospects for their success.

A Nuclear Deal Is Still Possible

Despite the difficulties the negotiators have had trying to break through on the central issues, a nuclear deal is still possible – one that would remove the sanctions that have devastated Iran’s economy and enable Iran to pursue its ambitious nuclear energy program (albeit in a longer timeframe than it would prefer), while at the same time lengthening Iran’s potential breakout time to at least a year and giving the international community confidence that Iran’s nuclear program is peaceful.  To arrive at such a deal, many technically complex and politically sensitive issues will have to be resolved, including the design of the Arak reactor, the purpose of the Fordow facility, the disposition of excess centrifuges, centrifuge research and development, IAEA monitoring measures, the question of the “possible military dimensions” of Iran’s nuclear program, and the phasing and pacing of sanctions removal.  But enrichment capacity and duration remain the central issues.  If they can be resolved, the others are likely to fall into place, although not so quickly or easily.

On the question of enrichment, such a deal might require Iran to reduce its existing operational capacity (9,400 first-generation centrifuges) by about a half.  On duration, the deal might be in force for 15 years, perhaps with the incremental relaxation of some of its restrictions in the final five years.  For example, between years 10 and 15, Iran might be permitted to gradually build its centrifuge capacity back up to the current level.   After 15 years, Iran would be free to pursue its nuclear energy programs as it sees fit, subject to any measures that have been agreed, such as adherence to the Additional Protocol and no reprocessing.

It is not just President Rouhani’s critics who would find these compromise solutions difficult to accept.  Like Rouhani, President Obama faces domestic challenges to his administration’s approach to the nuclear negotiations, especially from Republican members of Congress but also from a significant number of Democrats.  While some of the American critics probably oppose any nuclear agreement and would be happy to scuttle the negotiations, many others believe that only stronger sanctions will provide the leverage needed to get Iran to accept a good agreement.  Proposed legislation is now under active consideration in Congress that would provide for tough new sanctions, perhaps not imposed immediately but only if an agreement is not reached by the end of the current extension period or if Iran violates the interim agreement.

The administration strongly opposes new sanctions legislation, even if sanctions would only be triggered in the future.  It believes that sanctions were critical in achieving the progress that has been made to date and that sanctions will remain critical in providing the leverage needed to get an acceptable final deal.  But it doesn’t regard new sanctions as necessary at this time – because existing sanctions remain in place and are continuing to put Iran under strong pressure (as is the sharp drop in the price of oil) and because Congress can enact new sanctions very quickly if they are warranted by a future development, such as the failure to reach agreement by the end of the current extension period.  Moreover, the administration is concerned that new sanctions legislation could seriously undercut the negotiations.  Even if Iran doesn’t follow through on its threat to walk out of the talks, a new sanctions law would strengthen the hand of Iranian conservatives.  These hardliners would argue that, because the United States is not serious about removing sanctions and because Obama does not have the strength to deliver on his commitments, there is no point in making further concessions.  They would use the Congressional action as a pretext to call for toughening rather than relaxing Iran’s negotiation positions.

If the Congress passes a new sanctions bill that the administration considers damaging to prospects for negotiations, President Obama is very likely to veto it.  Senior administration officials would then go into overdrive in finding the 34 Senate votes necessary to sustain the veto, focusing heavily on Senate Democrats.  Although some Democrats can be expected to vote to override the veto, a substantial number, including some who have reservations about the negotiations, will not want to be seen as undermining the best prospect for resolving the nuclear issue peacefully or as undercutting their party’s president on a matter of such high priority.  It is therefore likely that the administration will have the votes to sustain the veto and prevent legislation potentially damaging to the negotiations from being enacted.

So while the Republican-controlled Congress will undoubtedly give the administration a tough time, it is likely that President Obama will be able, without legislative interference, to continue negotiating an agreement that he believes is in the U.S. interest.

Although both presidents face domestic opposition, the domestic obstacles are more formidable on the Iranian side.  Iran’s failure to show sufficient flexibility over the last year on the central issues in the nuclear negotiations has raised questions not just about its willingness to reach a balanced agreement but also, given internal divisions, its ability to do so.  The answer to the question of whether Iran is capable of reaching a nuclear agreement lies with the Supreme Leader.  If he is prepared to overcome his own reservations, overrule hardline opponents of a deal, and give his negotiators the green light to work out the necessary compromises, there can be an agreement.  If not, there will be no deal.