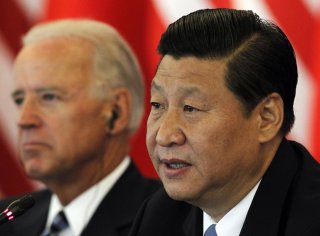 I am not in contact with the Biden transition team, but I have one piece of unsolicited advice to give. Prior to his inauguration, the president-elect should convene his senior national security and domestic policy teams, and have them do a thorough post-mortem of President Barack Obama’s ill-fated attempt to close the detention facility at Guantanamo Bay via an executive order signed on the first day of his presidency. This exercise should not be about assigning blame or pointing fingers, but instead about learning the lessons about having the right policy process in place.

Joe Biden is taking office under conditions similar to Obama, amidst world-wide expectations about a positive change in tone and posture from the White House in contrast to the previous Republican occupant. It was during those heady days of optimism that Obama, apparently foregoing well-intentioned advice from his defeated rival, the late John McCain, decided that moving full speed ahead with an order to close Guantanamo Bay, also known as Gitmo, would reap nothing but domestic and foreign policy benefits by removing what was seen as a major drag on U.S. diplomatic efforts around the world. A campaign promise fulfilled, and an unsavory chapter in U.S. relations with allies closed.

But the signing of Executive Order 13492 on January 22, 2009, was only the start, not the end, of the process. Trying to operationalize that decision within the context of other foreign and domestic priorities proved to be quite daunting. As the saga dragged throughout 2009, the confidence exhibited on day one with a mighty flourish of a pen gave way to frustration. In the abstract, Americans supported closing Guantanamo Bay, but specific voters in specific Congressional districts handily rejected any relocation of prisoners to their specific backyards. The domestic policy team, seeing hopes for passage of an economic stimulus and a health care plan jeopardized by the Gitmo issue, wanted to take no action on closure that might create problems with Congress. Internationally, closing Gitmo seemed a no-brainer, except when the actual question of detainees came up. In some cases, it wasn’t feasible to transfer detainees to their country of origin. For example, transferring the Uygher detainees, who were Chinese nationals under government persecution, into Beijing’s custody was out of the question. In other cases, countries sought to use detainee transfers as a chit for bargaining with the United States—for economic assistance, trade concessions, passes on human-rights matters, or visa waivers for their citizens. Resolving Guantanamo become part of the mix of issues in dozens of American bilateral relations with other states—and where the institutional interests of other parts of the U.S. foreign policy establishment might be negatively affected in the resulting bargaining. Rahm Emanuel, Obama’s chief of staff, complained that the effort to close Gitmo was proving to be a “waste of time” and a distraction from more important administration priorities.

An honest post mortem would conclude that there had been insufficient efforts to assess the likely trade-offs that closing the facility would entail, and while Obama indicated it was an important priority, he did not signal what other priorities he was willing to sacrifice or modify in order to achieve a successful outcome. Moreover, having decided that McCain’s advice was insufficiently dramatic—-signing an order to merely “study” closing Gitmo did not have the flair of a dramatic decision to close it altogether—it proved impossible to extricate the administration from the ticking clock counting down the days until the facility was supposed to be shuttered for good.

Why is the Gitmo case relevant? Already the incoming Biden administration is facing two protracted policy dilemmas. One is a stated desire to restore America’s standing in alliances and international institutions—a return to multilateralism—but also a dramatic call for convening a “summit of democracy” meant to rally the world’s democratic states both to take the lead in coping with global challenges and to push back against the “axis of authoritarians” starting with Russia and China. The problem is that some of America’s key partners for the first effort as well as to contain Russia and China do not neatly fit into the “democratic” box.  Will a group of illiberal democratic and or semi-authoritarian leaders of key middle- and rising powers whose help is vital for geopolitical and geostrategic matters have their faults overlooked to be brought into the democratic camp, or will strict standards of democratic governance be applied—risking the summit encompassing largely a smaller group of Western countries?

The second is the mixed priorities as to whether facing China down as a geoeconomic and geopolitical competitor is more important than working with China on climate and health issues. The problem is compounded by China’s record on human-rights issues. What leeway will climate change special envoy John Kerry have to negotiate a binding agreement with Beijing on climate matters?

And finally, there is the domestic politics angle. Joe Biden’s path to the White House rested largely on tens of thousands of votes in four key swing states, whose volatility is guaranteed to be a factor in 2024, while Democratic retention of the House of Representatives after the 2022 midterm elections is not assured by any means. How willing will the administration be to make international commitments—whether on climate, energy, trade or security—that risk angering domestic constituencies in key districts and states Biden needs to retain for the 2022 and 2024 elections?

These questions are not insurmountable, but they require a careful process—one that was not clearly operative in and after the decision to close Gitmo was made. Finding a way to balance and address competing sets of interests and values will not be a luxury, but a political necessity.