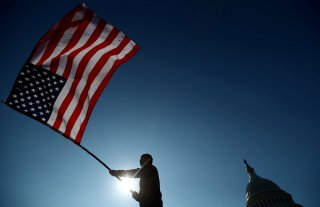 The election of Trump advisor Mauricio Claver-Carone to head the Inter-American Development Bank (IDB) was easily one of the most polemical events in U.S.-Latin America relations in recent months. Prominent Democrats aggressively lobbied the region in a failed effort to sink Claver-Carone’s candidacy for the largest regional development bank for the Americas, warning of the potential politicization of the institution. Now, presumptive President-elect Joe Biden and his administration face a choice between a disruptive political war with the premier development bank for the Americas or fostering a collaborative relationship with the IDB and rekindling bipartisanship in U.S.-Latin America policy.

As part of the effort to block Claver-Carone’s candidacy for the IDB, multiple Democrats in Congress issued thinly veiled threats to deny vital resources to the development bank. Sen. Patrick Leahy (D-VT) responded to the nomination with perhaps the most emblematic and consequential statement saying, Claver-Carone would be the “wrong nominee” to make the case and “build support for a capital increase for the Bank in the U.S. Senate Appropriations Committee, of which I am vice chairman.” Leahy and others also claimed that Claver-Carone’s presidency would set the IDB on a “collision course” with a Biden administration.

Some people in the policy community even suggest Biden could unseat Donald Trump’s appointee to the IDB, before his five-year term ends, by launching a recall effort that would greatly disrupt IDB operations and show the United States as an unstable partner for the region.

These threats are all the more concerning against the backdrop of Latin America’s current economic crisis and the essential role that the IDB plays in the region’s recovery. By many measures, the coronavirus pandemic is hitting Latin America more severely than any other region, with governments and economies thoroughly unprepared to absorb such a dramatic economic shock.

By the end of the summer, 34 percent of global pandemic deaths were from Latin America and the Caribbean despite representing just over 8 percent of the world’s population, according to the IMF. Unemployment also saw disproportionate increases, reaching 20 percent in the region’s five largest countries. The UN’s Economic Commission on Latin America is forecasting that 2.7 million businesses will shutter this year while the region finishes out 2020 with a contraction of over 9 percent of GDP, equating to the loss of a decade of economic growth. The road to recovery for the region will be arduous, and lending institutions like the IDB will be crucial to this effort across Latin America’s cash-strapped economies.

No doubt, some future members of Biden’s Latin America team would welcome the opportunity to prematurely extricate Claver-Carone from the IDB or shun the development bank until his term is over. However, if the next administration gives in to calls for political revenge, then it will not only undermine the economic recovery of the Western Hemisphere but also discard a unique opportunity to deepen hemispheric integration.

Regardless of political affiliations, the presence of a U.S. citizen at the helm of the IDB can help bridge the longstanding gap between the economies of the United States and Latin America, while countering China’s rising influence in the Americas. With an American leading the IDB, for example, the institution can play an essential role in a broader push for the nearshoring of US supply chains to the Americas while also addressing underlying priorities such as economic inequality.

Instead of engaging in an act of political revenge, a Biden administration should embrace the IDB as an invaluable partner for promoting regional development, greater hemispheric integration, and the alignment of the United States and its regional interests. To this end, Biden should also endorse a sorely needed capital increase for the IDB and integrate the institution into its regional strategy.

The question of how to approach the IDB also creates an opening for Biden to have a deeper impact on U.S.-Latin America policy. Given that the region has been so prominently featured in the U.S. presidential election, U.S. policy toward Latin America became engulfed in partisanship, degrading what had been an area of broad bipartisan consensus. Biden, who ran his campaign on calls for political unity in the United States, can take an important step toward restoring bipartisanship to U.S.-Latin America policy by adopting a collaborative approach to the IDB and its leader.

Ultimately, how the Biden administration handles the IDB will reveal a great deal about its priorities in Latin America. Equally as important, that will tell Latin America even more about the reliability of the United States as a partner for growth.

Andrés Martínez-Fernández is a senior research associate with the American Enterprise Institute, where he researches economic development and illicit finance in Latin America.