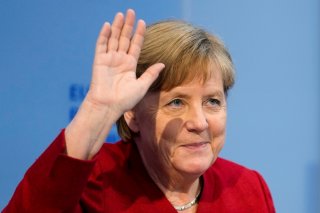 Angela Merkel will be meeting with the fourth U.S. president during her long sixteen-year tenure as German chancellor. This will be her last such meeting as the leader of Germany as she will step down following the German national election this coming September. Why is a lame-duck chancellor making the trip, what is her legacy for the German-American relationship and what are the prospects for the relationship with the post-Merkel government in Berlin?

Everyone in Washington knows she is on her way out and will have a limited impact on German policy in her waning days as chancellor, a point made clear by her failure to push through an EU summit with Russian President Vladimir Putin.  The visit comes after a recent foray by her chief foreign policy advisor to Washington in which the key contentious issue between the two sides, the German-Russian Nord Stream 2 gas pipeline, was discussed. The Biden administration dropped American sanctions on this project despite Congressional opposition and the reluctance of his own State Department to lift the sanctions. The United States needs Germany for its longer-term policies with Russia and China and President Joe Biden put these larger strategic priorities ahead of the tactical ones which went counter to his strategic goals. Merkel has made it clear that Nord Stream 2 was a go and why continue to oppose a train that has left the station. But she also knows that this decision comes with expectations for reciprocal actions.

Biden’s top priority is to restore the damage done to the transatlantic relationship and especially to the German-American relationship done by the Trump administration. The former president had gone out of his way to single out Merkel and Germany as more of an adversary than an ally. The visit will serve the symbolic purpose of “America is Back” by highlighting that the German-American relationship is back and the Trump approach so slavishly executed by his ambassador to Berlin, Richard Grenell is over.

This visit also allows a closing perspective on Merkel’s legacy for the relationship.  Here the picture is decidedly mixed.  Merkel is a transactional leader who has had to manage coalition governments during her tenure, mostly with the Social Democratic party.  In addition, she is a cautious, rational leader shaped not only by the fractious German political system but also by her training as a scientist in East Germany and her gender and religion.  She is not only the first woman Chancellor but the first Protestant leader of her largely Catholic party. Her leadership has been characterized by crisis responses rather than initiatives and a strong geo-economic focus.

Despite these constraints, Merkel has managed to hold Europe together in the midst of Brexit, Euro crises, and aggression from Russia in Ukraine. She has also managed relations with Washington through four very different presidencies. Merkel dealt with the whiplash of those experiences with a steadfast focus on negotiating through them, a strategy she used both at home, in Brussels in dealing with the EU, or with Washington. While many of her counterparts often nursed egos and narcissism, Merkel maintained a composure that earned her the sixteen years in office while watching other leaders come and go. Merkel guided Germany toward being a more confident and indeed respected leader on the world stage. But she did not seek to fundamentally change the consensus in Germany, especially on defense policy.

What Next? Merkelism without Merkel?

That experience will be missing in a new government in Berlin regardless of the composition of the coalition. A potential coalition between the leader of the Christian Democratic Union of Germany, Armin Laschet, with the Green Party leader Analena Baerbock, will bring two individuals who have limited experience in dealing with the complexity of Washington politics.  That was also true of Angela Merkel when she took office in 2005 when German-American relations were at one their lowest points. The new chancellor will be welcomed by a U.S. president and his secretary of state, both of whom have just stated how important the relationship with Berlin is for the United States.

The challenges and choices Germany still faces require recognition that the relationship with the United States is “ back.” They also require betting on Germany's ability to exercise the responsibility for protecting Europe which has enabled Germany to become its most important partner. The expectations from Washington will be primarily shaped around a new set of challenges from climate and health to the new geopolitics emerging in China’s rise and Moscow’s threats while sustaining both the values and the institutions linking democracies challenged by autocracies. Whether Germany’s new leadership is ready to partner with those expectations remains unclear. A post-Merkel government will not likely veer significantly away from the course Merkel took as it was largely in sync with the German public.  Laschet has made it clear that he will continue a geoeconomic approach toward China and Russia and has warned of a new cold war with Beijing.  Baerbock and the Greens will push for a tougher stand on human rights. Neither seems interested in redefining the parameters of security which remains a political landmine in German politics, especially in an election year.

In her meeting with Biden, the Chancellor may try to provide a framework to understand how German leaders will approach these questions while Biden in turn outlines his strategies and expectations.  But they will both be aware that the German American relationship is on hold during a transitional period in which the two countries are redefining how, when, where, and why they need each other.  The answers recently discussed at the G7 and NATO summits were a prelude to policy decisions yet to be taken.  They need each other but less than during the Cold War and in different ways. So while the relationship is clearly stronger than it was under Trump, the old America is not back and the Germans know it.

When Merkel was still an unknown political figure in the German Democratic Republic in the spring of 1989, another U.S. president outlined what he thought the German American relationship means. It was George Herbert Walker Bush who framed it as a partnership in leadership. He added: with leadership comes responsibility. Over three decades later, Germany continues to struggle with what that requires. As Merkel walks out of the Chancellory for the final time, her successor will be no less challenged than German-American relations.