Will Patriotism Push America Into an Unconstitutional War? 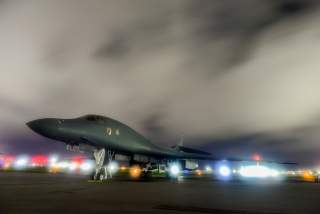 Last week I had the good fortune to hear one of America’s leading military officers deliver a thoughtful and inspiring address to a small group—there were about fifty of us—of people who have been concerned about the direction of the country. The meeting was private so I won’t reveal the speaker’s name, but despite my own high regard for him, and the pleasing tenor of his remarks, there was nonetheless a moment in his presentation that was deeply disturbing; it’s not too much to say it was genuinely frightening.

Throughout his talk, the speaker made comments that generally reinforced why he is so widely admired, by me as well as others. He urged young men and women to take the time to engage in public service. He issued a resounding call to honor and uphold America’s great founding values—free speech, a free press, due process. He even mixed his own personal praise for White House Chief of Staff John Kelly and Secretary of Defense James Mattis with the observation that it is nonetheless not a good idea to have military officers serving in the highest ranks of what is supposed to be a civilian-led government.

Encouraged by the direction of his talk, I asked him a question: Last July, I observed, the admiral in charge of the U.S. fleet in the Pacific, Scott Swift, told attendees at a security conference that if he were ordered by President Trump to launch a nuclear missile strike aimed at China, then he would do so in keeping with his commitment to the constitutional model of civilian control. It was a stunning comment that revealed a stark lack of understanding of the Constitution that Swift and other military officers are sworn to uphold. I asked our speaker whether he agreed with Admiral Swift that the military would launch nuclear missiles if Donald Trump ordered them to do so; he said he agreed with Admiral Swift and he gave the same reason: loyalty to the concept of civilian rule.

But in fact the only “civilian authority” that is empowered to decide on whether and when to go to war is not the president; unless another country has launched its own attack against the United States or the nation is endangered by an insurrection, as was the case during the Civil War, the power to declare war is exclusively with the Congress. Yes, the American model is civilian control but it is not just any civilian who can send the country into battle, and when it comes to sending the U.S. to war in any other circumstance other than insurrection or to respond to an attack, the president is just another civilian.

The Founders were well versed in history and knew that historically the commander-in-chief was the person designated to serve as the ultimate decider on wartime strategy and tactics in order to prevent any paralyzing disagreements within the senior ranks of the military. The commander-in-chief was the person who called the shots after war had commenced, not the person or group of persons who decided whether or not there was to be a war. That is why the Founders deliberately wrote a Constitution that designated the president as commander-in-chief but unambiguously left the power to declare war solely to the representatives of the people.

It is heartening to know that America’s military forces are commanded by patriotic, well-meaning, highly competent men and women, but it is frightening to see how little they understand who it is that can send them to war. When President Ronald Reagan was shot in March, 1981, another military man, Secretary of State Al Haig, declared that with Vice President George Bush away from Washington, it was he, General Haig, who was in charge (actually, if the president and vice president are unable to perform their duties, it is the Speaker of the House, not a cabinet secretary, who is “in charge”).

With a president inclined toward impetuosity and the nursing of grievances, it is frightening to know that the men and women who control the nuclear weapons know very little about the authority required to allow them to fire missiles that can destroy countries and kill millions of people. War is sometimes unavoidable but as Gen. William Tecumseh Sherman said during the Civil War, “war is hell”; if we are to launch “hell,” it cannot be on the whim of a single person and automatic obedience by well-meaning men and women who profess loyalty to a Constitution they don’t understand.

Mickey Edwards was a member of Congress for sixteen years, serving as chairman of the House Republican Policy Committee. After leaving Congress, he taught at Harvard’s Kennedy School of Government and Harvard’s Law School. He then taught at Princeton’s Woodrow Wilson School of Public and International Affairs before returning to Washington to become a vice president of the Aspen Institute. He also currently serves on the Board of Directors for the Project On Government Oversight.