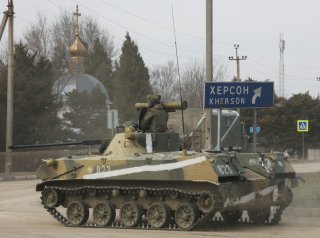 In 1946, Walter Bedell “Beetle” Smith, who was the new ambassador to the Soviet Union, left Spaso House late at night to meet with Generalissimo Josef Stalin in the Kremlin. Winston Churchill had recently delivered his Iron Curtain speech and relations between West and East could hardly have been frostier. The Cold War had begun. The first question Smith asked the Soviet leader was “What does the Soviet Union want, and how far is Russia going to go?” Stalin was impassive. “He did not look at me directly,” Smith wrote in his memoirs, “but kept his head turned to one side, taking an occasional puff from a long Russian cigarette.” After Smith reiterated the question, Stalin looked directly at him and said, “We’re not going much further.”

How much further will Russian president Vladimir Putin’s war go? Will he seek to subjugate not just eastern but also western Ukraine? Will he attempt to establish a land bridge to Kaliningrad through Lithuania, courting direct confrontation with NATO? Will Russia end up becoming bogged down in Ukraine?

In attacking Ukraine last night, Putin has embarked upon the most audacious gamble of his career. Though he has frequently been depicted as a cautious and opportunistic leader, his invasion of Ukraine put paid to the notion the West, as the Kremlin claimed until recently, was indulging in nothing more than “hysterics” about the prospect of an attack. Indeed, Putin’s own language on Wednesday was redolent of Nikita Khrushchev’s threats about nuclear war: “Whoever tries to interfere with us, and even more so, to create threats for our country, for our people, should know that Russia’s response will be immediate and will lead you to such consequences that you have never experienced in your history.”

It seems unlikely that Putin is intent on occupying Ukraine. Right now, he is focusing on securing dominance over the skies before rolling in with tanks. His ultimate intention is probably to create a puppet state, while incorporating a large swath of the country into Russia itself. In this regard, his aim would be to render the Ukrainian army a nugatory force and extirpate, as far as possible, any manifestations of Ukrainian cultural and national pride. He will also seek to liquidate Ukrainian elites, much as the Soviet Union did in the East bloc after World War II. Word is that he wants, among other things, to reinstall Viktor Yanukovych, the former corrupt president of Ukraine who was toppled from power in 2014.

The current Ukrainian government, led by president Volodymyr Zelenskyy, will likely have to search for a site for a government in exile, but it may not be easy to locate one that would permit it to support armed resistance outside Ukraine. Even Poland and Lithuania might have the willies about this prospect as it would dramatically up Russian threats against them. NATO’s security guarantees do not include provisos for supporting neighboring insurgents. Add in the widespread American antipathy toward a broader war, not to mention Donald Trump’s man-crush on Putin, and you have a recipe for trouble for Zelenskyy.

Still, in telegraphing his intentions, Putin has inadvertently succeeded in revivifying NATO, an organization which looked to be on its last legs until recently. Now coordination is in. Nord Stream II is out. President Joe Biden has engaged in a level of diplomacy only rivaled by the George H.W. Bush administration in the run-up to the first Gulf War to coordinate NATO allies. Agreement on sweeping sanctions appears to be the order of the day in Europe. Perhaps the most notable shift has come in Germany, which has long been a proponent of a form of Ostpolitik with Russia in which economic relations were supposed to lead to an easing of tensions. That has now come to a crashing halt. Today German chancellor Olaf Scholz stated that he will support much sharper economic sanctions and that “Putin is bringing sorrow and destruction to his direct neighbor.”

The economic implications of sanctions for America and Europe may well be significant. Crude oil prices are over $100 a barrel and Germany is only beginning to emancipate itself from Russian natural gas. Putin’s goal will be to see how much pain his adversaries can tolerate and how long sharp sanctions will actually endure before Europe cries uncle. British prime minister Boris Johnson has already stated, “It’s not easy. I’m a former mayor of London. I know how important it is that our city is open to investment so these are tricky issues to navigate.”

So far, the ball has been in Putin’s court. But now that he has committed to an invasion, the West is beginning to respond. The transformation of Russia in Western eyes from adversary to enemy has begun. The consequences will shape global politics for decades to come.