Will Putin Use Nuclear Weapons in Ukraine? 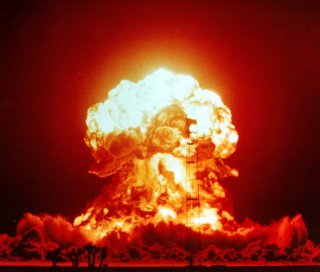 It is also the case that during the Cold War the United States and Russia were careful to avoid crossing their respective red lines. Each side was careful to ensure that they did not directly attack each other. Russian pilots did fly aircraft against American forces in the Korean War, but their planes were not marked as Soviet. American presidents were careful not to intervene in East Germany in 1953, in Hungary in 1956, and in Czechoslovakia in 1968.

Yet Biden is being vociferously attacked, even condemned, by liberal hawks and neocons for declining to establish and enforce a no-fly zone in Ukraine. The argument is that Russia would not escalate in response and that the danger of a nuclear confrontation is therefore nugatory. Sen. Rick Scott declared, “President Biden needs to make a decision TODAY: either give Ukraine access to the planes and anti-aircraft defense systems it needs to defend itself or enforce a no-fly zone to close Ukrainian skies to Russian attacks.” But a no-fly zone would represent a dangerous gamble that could result in a war with Russia, as Biden himself has warned. In fact, a true no-fly zone, as Defense Secretary Lloyd Austin has noted, could not be limited in scope, as some of its proponents maintain; rather, it would include attacking bases and missiles stationed in Russia itself.

Early on, Putin placed Russian nuclear forces on a state of alert. Nor is this all. A recent assessment from the Defense Intelligence Agency states, “as this war and its consequences slowly weaken Russian conventional strength, Russia likely will increasingly rely on its nuclear deterrent to signal the West and project strength to its internal and external audiences.” In plain English, as the Russian war effort to subjugate Ukraine falters and as the West pours in more weaponry, Putin is more than ready to brandish the nuclear saber. This is precisely the kind of development that haunted George F. Kennan during the Cold War—and should haunt contemporary Western statesmen as well.