Will Republicans Fall for the Iran Trap? 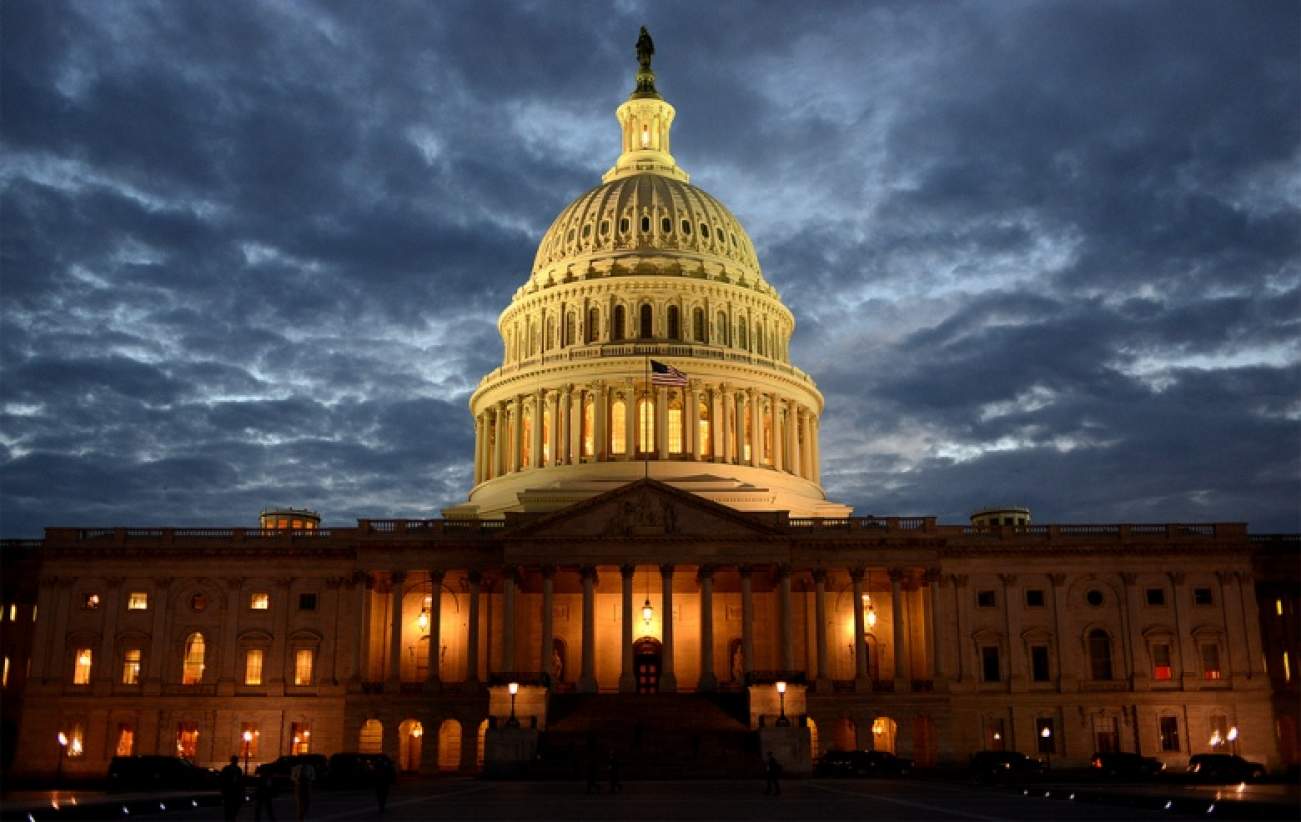 The Republican Party is walking into a trap, and there doesn’t seem to be anything on the horizon that can save it from the disaster. In Congress, they will vote to a person, or nearly so, in opposing President Obama’s nuclear deal with Iran. Meanwhile, it appears that every one of the current sixteen GOP presidential candidates will campaign against the agreement. What’s more, at least three GOP candidates—Florida’s Marco Rubio, Wisconsin’s Scott Walker and Texas’s Ted Cruz—say they will rescind the deal if they become president. No doubt others will soon echo that threat.

All this will be thoroughly debated—first, during the congressional drama that now will unfold regarding GOP efforts to deny presidential authority to lift U.S. sanctions against Iran; and, then, during the forthcoming presidential election. And through those debates the GOP position will collapse of its own weight. The underlying logic is so flimsy and riddled with inconsistencies that ultimately the American people will reject it.

Begin with the GOP response to Obama’s argument that the choice facing the United States now is the current agreement, which is imperfect but sound, and a likely war as the only remaining option for halting or delaying Iran’s nuclear-arms program. Opponents argue that that is a false dichotomy in that another option would be further sanctions to force upon Iran a better agreement. There are two problems with that response.

First, there is no evidence that a better deal would be in the offing should the United States crank up the economic pressure through tougher sanctions. The current agreement, after all, is the product of long and arduous negotiations aimed at reaching a point that all sides could live with, not that one side could tout as a definitive victory. That’s not how negotiations work, and certainly not when national interest and national pride are involved. Granted, the outcome wasn’t ideal from the American standpoint, but no ideal outcome is ever in the cards in such circumstances.

Second, even if a better deal were possible at some point in the past, that train has left the station. Having gone through those wrenching bargaining sessions, Iran simply isn’t going to go back to square one because Ted Cruz, Rand Paul et al don’t like it. Iran’s only viable option would be to push headlong toward nuclear weapons as a future bargaining chip for sanctions removal and, more significantly, to fortify it against the nearly certain war that has been promoted so assiduously by the current Israeli government and by so many likeminded U.S. politicians. And there wouldn’t be anything short of war to stop the Iranians from pursuing that course.

Besides, it isn’t just America and Iran on this parchment. Other signatories are China, Russia, Britain, France, and Germany, and there is no reason to believe any of these countries will back away from the agreement. So how is the United States going to separate itself from this so-called P5+1 contingent and unilaterally pressure Iran to renegotiate the deal, particularly as these other nations are working within the United Nations to lift UN sanctions against Iran. The result will be a degree of U.S. isolation never experienced since before World War II.

And so we come back to the Obama dichotomy: the current policy or a likely war. This stark choice has not crystallized within the national consciousness thus far. But it will. The American people are not stupid, at least not collectively. They will be able to assess the arguments on both sides, and the Obama argument will not only make more sense but also will convey with more credibility where the real dangers lie in this geopolitical equation.

In any risk assessment, there are two fundamental elements. The first is the magnitude of the downside risk; the second is the likelihood of it. The magnitude of the disaster that would flow from a U.S. war with Iran (far greater than the disaster that ensued from our war with Iraq) is not difficult to contemplate—huge troop requirements, burdensome financial commitments, tragic casualty numbers, likely civic unrest at home, further destabilization of the Middle East with utterly unknown (but serious) consequences, further U.S. isolation in the world, possibly a spreading conflagration to other parts of the world as other powers challenge a distracted America. The likelihood of the worst-case scenario here may not be ominously high, but even best-case consequences could be tragic, and the law of unintended consequences is never far away when the shooting starts.

Which brings us to the second argument of the neocon wing of the GOP, which increasingly seems to be the entire GOP. It is that Iran is a nation of crazies, bent on conquering the world and destroying Israel without any serious regard to its own fate. Mitt Romney wrote just recently, “Iran is led by suicidal, apocalypse-seeking, America-hating, Israel-denying theocratic fanatics.” These fanatics, he added (in case anybody may have missed the point), are “entirely bereft of restraint, decency and respect for human life.” So naturally it follows, “If the ayatollahs have nuclear weapons, they will use them, someday, somewhere.”

This is breathtaking in its own fanaticism—and in the ignorance that, one might have hoped, would have been tucked away after Romney’s 2012 presidential defeat at the hands of a lackluster incumbent. A survey of recent Iranian history suggests that its leaders, while starkly fundamentalist in their religious sensibility, conduct foreign policy based on a logical understanding of their national interests and an often brilliant pursuit of them within the context of geopolitical reality.

They certainly never sent an army halfway around the world to overthrow the leader of a sovereign state with the intent of establishing a beachhead for the transformation of an entire regional culture. Now that’s “bereft of restraint.” The only conventional war the Ayatollahs have engaged in ensued when Iran was invaded by Iraq—with American support. True, they align themselves with some nations we don’t like, but those alliances, as unsavory as they may be to us, are in Iran’s interest as a regional power in a nasty neighborhood. One can argue that this renders Iran a U.S. adversary, but there is no evidence that these people are fanatical nihilists who want to destroy the world.

As to the prospect that Iran inevitably would use nuclear weapons if it had them, it is worth noting that the world has nine nuclear nations, and only one has ever used them—and that when no other nation had them for retaliation. Romney is saying here that Iran is more fanatical and suicidal than any other nuclear nation in the history of the nuclear age, even North Korea. That isn’t going to hold up when the American people get down to assessing the arguments of this debate.

Finally, we are told that Iran will cheat on the agreement, that inspections won’t be rigorous enough, that Iran always cheats and is hell-bent on getting nuclear weapons so it will cheat here for sure and thwart all efforts by the agreement signatories and the UN, including UN inspectors, to monitor its nuclear activity until the world is faced with a fait accompli. Perhaps. But how realistic is such a scenario? With satellite technology and the CIA and Israeli intelligence and random revelations, could Iran really spring such a fait accompli on the world before the world caught wind of it? Once again we come to the likelihood factor in risk analysis. The likelihood factor here is very slim.

History tells us that the American people like it when their presidents score big foreign-policy triumphs—and count it as a plus when the incumbent or incumbent party seeks White House retention at the next election. This is Obama’s big foreign-policy triumph. And, while the American people haven’t yet embraced it as such, they will. As the debate progresses, it will become increasingly clear that the consequences of killing this deal or reneging on it are ominous, that America and the world retain plenty of options if Iran proves treacherous, and that the stakes include not only America’s relationship with Iran but also America’s standing in the world. Not to mention the prospects for war if the deal goes down.

If it survives over nearly unanimous GOP objections, as appears likely, it will be a net negative for Republicans, perhaps even a big one. But, if the party manages to kill the deal for America, thus isolating the country and putting it upon a path to war, then the party’s political viability could be placed on ice for a considerable period.