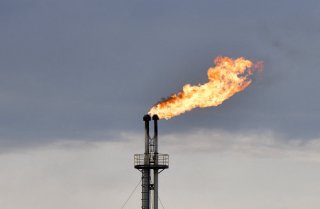 On December 5, G7 countries are set to implement a “price cap policy” on Russian seaborne petroleum products. According to a policy guidance released by the U.S. Treasury Department last week, the price cap will prevent firms based in G7 countries from providing commodities brokering, financing, shipping, insurance, flagging, and customs brokering services for the maritime transport of Russian oil. The costs of shipping, freight, customs, and insurance are not included in the price cap. The goal of the price cap, per the guidance document, “is intended to maintain a reliable supply of oil to the global market while reducing the revenues the Russian Federation earns from oil.”

The G7 is betting that it can wield its dominance in the protection and indemnity insurance (P&I) market to minimize opportunities for purchasers of Russian oil to evade the price cap. According to Reuters, “G7 officials believe the plan will work because the London-based International Group of Protection & Indemnity Clubs provides marine liability cover for about 95% of the global oil shipping fleet.” The formation of a “buyer’s cartel” is unprecedented but despite the clever logic undergirding the price cap, the G7 plan will either contribute to upheavals in global energy markets or have a minimal effect on reducing Russian oil revenues. In both scenarios, Western policymakers’ assumptions about the efficacy and political costs of their economic war against Russia will be called into question.

U.S. officials believe that if the G7 sets a price cap high enough, economic incentives will induce Russia to keep its crude flowing on global markets rather than implement a cut-off, as the Kremlin has threatened. Specifically, as Treasury Deputy Secretary Wally Adeyemo explained in September, the price cap “gives [buyers] greater price transparency and leverage when they negotiate with Russia. So even if Russia tries to get around the cap with buyers outside our coalition, their revenue will still be driven down.”

However, even if buyers have more leverage to purchase Russian oil at lower prices, China and India will likely not abide by the price cap regime and instead rely on non-G7 P&I services. In June, the state-controlled Russian National Reinsurance Company stepped up to cover Russian tankers after Western insurers fled the market. India and Russia have a bilateral insurance and payment mechanism that is insulated from the price cap policy and other Western sanctions. A deal signed between Gazprom and China in September created a payment mechanism in rubles and yuan for gas sales, and Russian officials indicated that work was already underway to implement a similar system for oil transactions. The complex structure of global commodities markets also offers backdoor opportunities for sanctioned Russian oil to yield a worthy profit. As energy analyst Ben Cahill noted in a recent analysis,

Middle Eastern refiners … have been buying Russian crude, refining it, and exporting products. Since demand for cheaper Russian oil will outstrip supply, the price cap could create multiple prices: the global crude price, the capped price for Russian oil, and a shadow price that would settle somewhere between the two. The spread will create enormous arbitrage opportunities for traders.

The broader challenge facing U.S. policymakers is that while they have been able to inflict significant pain on the Russian economy, multipolar geopolitics has reduced the efficacy of Washington’s punitive economic measures. Great and middle powers want to promote their strategic autonomy and protect their sovereignty and independence from the United States’ “long-arm jurisdiction.” As the bilateral payment and insurance mechanisms between Russia, India, and China show, non-Western powers now have the ability to insulate trade in vital strategic sectors from the diktats of the U.S. Treasury Department.

If Russia decides to keep its crude on the market, it will only be because the G7’s price cap is too high to seriously dent its profits. The European Union (EU) has so far been unable to agree on a suitable price that will incentive Russia to keep its crude flowing on the market. A proposed cap between $60 and $70 per barrel failed to garner a consensus during EU meetings last week. Poland and the Baltic states favor a much lower price while Cyprus, Greece, and Malta want compensation for profits lost in their maritime service industries. The EU will likely strike a compromise to meet the December 5 deadline but the bloc’s divisions over decoupling from Russia will become more pronounced as the war drags on into the winter.

Western sanctions have imposed considerable costs on Russia but U.S. and European policymakers are quickly running out of economic weapons that, if used, would not result in immediate self-harm. JPMorgan predicted in July that if Russia follows through on its threats to cut off oil exports to countries participating in the price cap, the price of Brent crude could jump as high as $380 a barrel. If that happens, the costs of the West’s economic campaign against Russia might become unbearable for everyone.