Will Sadr Shake Up the Political Landscape of Iraq? 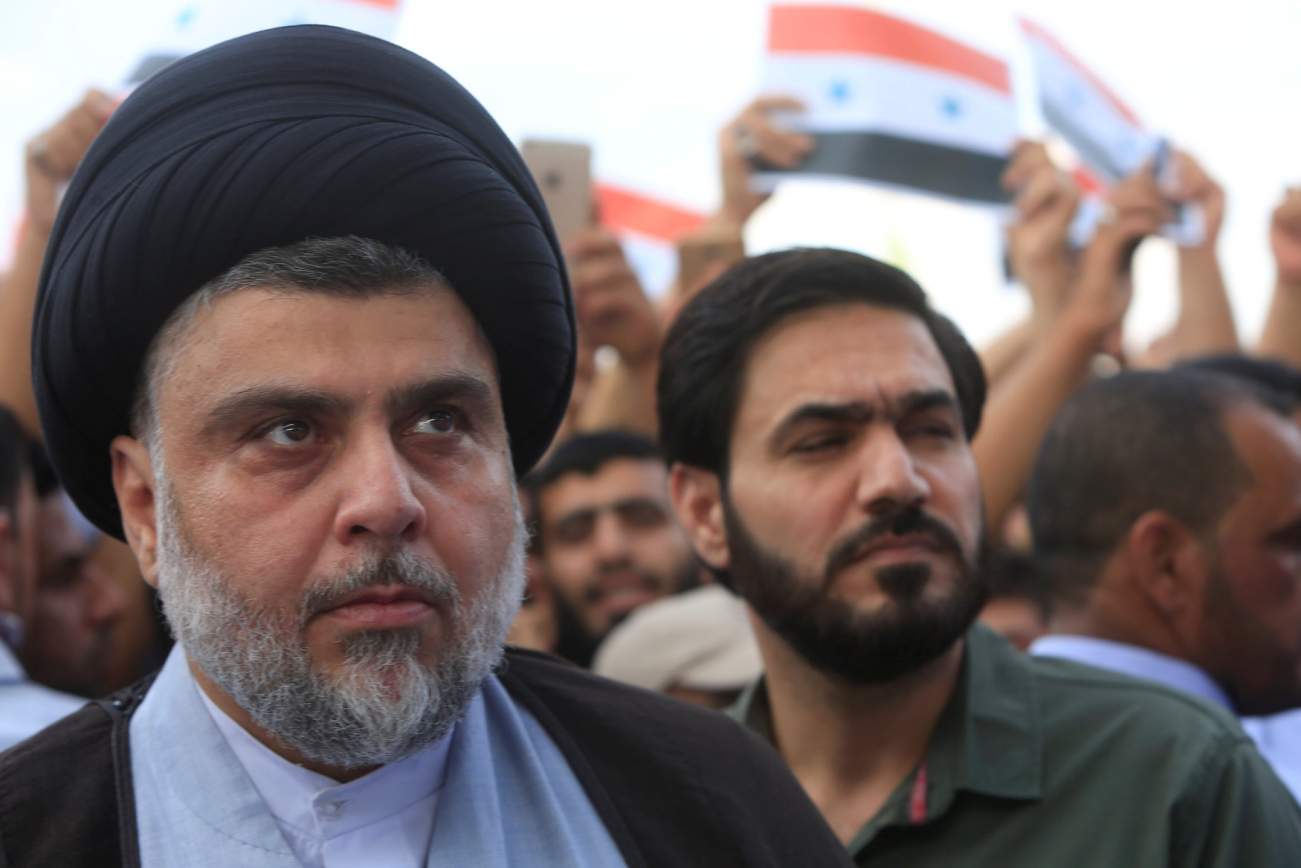 Despite claims that he would stay away from politics, politics would not stay away from Sadr. By June 2014, ISIS had arrived in Iraq and was menacing Baghdad. The terror group had taken Mosul and other Sunni cities, massacring Shi’ites along the way. In a speech in Najaf in late June, Sadr said his militias would “shake the ground under the feet of ignorance and extremism.” Tens of thousands of armed men turned out to parade. But during the war on ISIS, Sadr expressed concern about corruption in Baghdad and the rising power of other Shi’ite militias affiliated to the Popular Mobilization Units. Badr, headed by his old rival Amiri, was gaining more power through the war on ISIS. Sadrists also clashed with members of the Asa’ib Ahl al-Haq, Khazali’s militia in March 2016. Sadr’s followers led a massive protest in Baghdad in April 2016 that culminated in them storming the Green Zone on April 30. Once again, Sadr had “returned” to the spotlight. By then anyone following his career must have gotten used to these “returns,” which appeared to happen every year or so.

Dismissed before the 2018 elections, Sadr’s followers did what they had done in the past. They worked in local areas in Najafa and other dusty hot provinces in and south of Baghdad. Locals felt no real connection to Abadi despite his boasts of having “won” the war on ISIS. Maliki was also unpopular. The Shi’ites leaned toward voting for either Sadr or the Fateh list of Shi’ite militias run by Amiri. In the end, Sadr’s Saairun list took fifty-four seats and Amiri’s took forty-seven. Abadi only claimed forty-two seats and Maliki got twenty-six.

But Sadr is now stuck trying to form a coalition with many people who either fear or dislike him in the Shi’ite camp. He is more respected among Sunnis and Kurds, but there are not enough members of parliament from either the Kurdish parties or the Sunnis, to create a coalition. Nevertheless, fourteen years after his men first entered the streets of Sadr city to confront the United States, he has reached the peak of power in Baghdad.

For Washington this presents a challenge because he has been an outspoken critic of the U.S. role in Iraq. He has called on the U.S. embassy to be closed when Donald Trump announced that the United States would recognize Jerusalem as the capital of Israel in December 2017. However he has also been consistent in his opposition to Iranian influence in Iraq, something that dovetails with the current administration's policies. He has also reached out to Riyadh, a key U.S. ally. The question now is whether Sadr will change his usual demands that the coalition leave Iraq and foster a new kind of Iraqi politics aimed at rolling back Iranian influence and working with the Kurdish autonomous region in the north, which has been a key ally against ISIS.