Will Switzerland Move Closer to NATO? 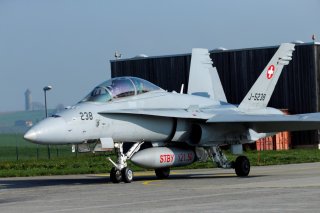 The systematic brutality of Russian aggression in Ukraine has sent shockwaves across the transatlantic community. Russia’s atrocities—termed a genocide by President Joe Biden and others—have sparked a new era of security investment in Europe, leading to Germany’s seeming commitment to more defense spending, national efforts to phase out the use of Russian energy, and Finland and Sweden’s application to join NATO.

While all three of these changes enhance transatlantic security, none would have been possible in the immediate term without Russian president Vladimir Putin’s decision to invade Ukraine. To predict them would have been labeled an exercise in wishful thinking.

Perhaps, then, it ought not to be surprising that Russia’s war against Ukraine is reverberating in Switzerland, a country that has been neutral for over 200 years, and whose neutrality is constitutionally enshrined. Even during World War I and World War II, Switzerland maintained its neutrality. During the Cold War, Geneva’s neutral status led it to host summits between the West and the Soviet Union in both 1955 and 1985.

Yet, since February 24, Putin’s barbarism in Ukraine has led Switzerland to stretch its neutrality to seek greater alignment with the transatlantic community in responding to Russia.

On February 28, Switzerland announced that it was adopting all the European Union’s sanctions and asset freezes against Russian entities and individuals in response to the invasion. In the past, Switzerland has sanctioned nations such as Iran and North Korea, but, as Reuters noted, it had “steered clear of imposing sanctions in a string of crises, including when Russia annexed Crimea in 2014. Up to now, the exception has been sanctions imposed by the U.N. Security Council, which it has to implement under international law.”

Describing the decision to sanction Russia, Ignazio Cassis, president of the Swiss Confederation, said, “We are in an extraordinary situation where extraordinary measures could be decided.” Switzerland has subsequently expanded its sanctions to include banning Russian coal imports, exports of jet fuel to Russia, and Russian planes from entering Swiss airspace.

Changes may also be afoot in the defense realm. In early March, Defense Minister Viola Amherd called for better prepared and funded armed forces, saying there is a “need to talk about how to protect the Swiss population from danger.”

Throughout the summer, the Swiss Defense Ministry will be compiling a report to present to the cabinet in September discussing the potential for new security options for Switzerland. Options reportedly being considered include taking part in joint exercises with NATO, and backfilling the munitions of countries that have sent military aid to Ukraine.

While support for joining NATO has risen among the Swiss population, it remains a minority view. The report is not expected to advocate for Swiss membership, and Amherd has stated that joining the alliance is “not an option.”

Still, it seems likely that the report will recommend some moves to bring Switzerland closer to NATO such as by improving interoperability through exercises or participating in additional NATO-accredited Centres of Excellence.

Even prior to this year’s invasion of Ukraine, Switzerland announced major defense procurements, including thirty-six F-35 fighter jets and five patriot missile batteries—capabilities already in the arsenals of many NATO member states.

While Switzerland’s defense report may recommend some historic shifts in the neutral nation’s defense cooperation policies, it is important to moderate expectations. Old habits die hard, and Swiss neutrality still remains alive and well. For instance, Geneva continues to block the re-export of Swiss-made munitions and armored vehicles to Ukraine.

Switzerland finds itself caught between its historic neutrality and the reality of the new security order ushered in by Russia’s war against Ukraine. The Swiss know there can be no going back to the pre-February 24 status quo. While Russia’s invasion and brutality have sparked some policy changes, as well as the ongoing consideration of expanding defense cooperation, others, such as controls on defense re-exports, remain firmly in place.

Russia’s war has reverberated across Europe, echoing even in the Cantons of Switzerland. Where those reverberations ultimately lead remains an unfolding question that the United States and its allies—as well as Russia—will surely watch closely.

Daniel Kochis is a senior policy analyst of European affairs in The Heritage Foundation’s Margaret Thatcher Center for Freedom.