Will the Taliban’s Coming Split Lead to Civil War? 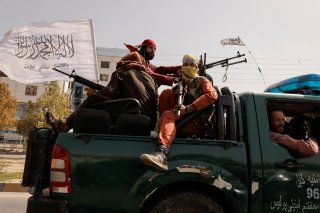 The ease with which the Taliban was able to remove the government of Ashraf Ghani from power created an illusion about the group’s power, consolidation, and readiness to take full control of the country. The international community expected the Taliban to stabilize Afghanistan and put the entire country under reliable control in order to establish sole power and eliminate security challenges such as terrorism and drug trafficking. However, the U.S. strike on Al Qaeda leader Ayman al-Zawahiri raises questions about the credibility and honesty of the movement. In the eleven months since the Taliban came to power, the group has faced a number of serious internal problems, including increased factional clashes over engagement with foreign partners, the rise of Pashtun nationalism and the exit of ethnic minorities from the movement, and its inability to stabilize the state administration system.

First, almost since the moment the Taliban seized power, there have been systematic clashes within the group over its leadership, pitting the future of the movement's agenda and cooperation with the international community between various factions. In the process of distributing leading state positions, the Taliban is facing serious confrontation between various factions. Despite Mullah Baradar's past success leading the Taliban, he has been demoted to holding a subordinate post as deputy prime minister for economic affairs. At the same time, Deputy Prime Minister for Political Affairs Abdul Kabeer has wide authority and the confidence of the country's supreme leadership.

As a result of the growing influence and presence in power structures of radical and ideological factions with regard to women's rights, access to education, and freedoms for the population, the new government of Afghanistan has not compromised with the international community. The group of conservatives among the Taliban is personally occupied by the leader of the movement, Sheikh Hebatullah Akhundzad; other prominent representatives include Prime Minister Mullah Hassan Akhund, Chief Justice of the Islamic Central Court Abdul Hakim Haqqani, and Mayor of Kabul Mullah Neda Mohammad Nadeem. On the other hand, more moderate leaders include Deputy Prime Minister Mullah Baradar, Mining and Oil Minister Sheikh Shahabuddin Delawar, and Deputy Foreign Minister Sher Mohammad Abbas Stanikzai. At the same time, several influential Taliban figures, such as Interior Minister Sirajuddin Haqqani and Defense Minister Mullah Yaqoob, are trying to maneuver between these opposing camps without joining either.

Second, in recent months, there has been a clear trend within the Taliban toward strengthening and significantly expanding the role of the Pashtun nationality. While the Taliban has previously been able to recruit Uzbeks, Tajiks, and Hazaras in the north and elsewhere to further its goals, the movement’s leadership is still dominated by the same radical Pashtun heads who ruled Afghanistan in the 1990s and oppose compromising on ideology and the balance of power. If the Taliban can find a formula to unite these factions, it will be able to strengthen the regime. Otherwise, this trend will weaken the group's hold on the country and may encourage some non-Pashtun groups to openly oppose the Taliban.

One of the most important factors in the success of the Taliban in the summer of 2021 was the fact that Uzbek and Tajik groups joined the movement in northern Afghanistan and were able to effectively neutralize any resistance from local warlords and the armed forces of Kabul. However, in recent months, Makhdoom Alam, a Taliban commander of Uzbek origin, has been persecuted. In March, Haji Mali-Khan, the uncle of Sirajuddin Haqqani, was made deputy chief of staff of the Taliban’s armed forces to keep an eye on Kari Salahuddin Ayubi, the Tajik head of the armed forces. There has also been an increase in tensions between the movement and the Hazara ethnic minority in Afghanistan. In addition to a series of terrorist attacks directed against this ethnic group, some Hazaras collaborating with the Taliban have recently been subjected to unjustified persecution. If the movement’s leadership cannot find a way to solve ethnic problems internally, a substantial number of the non-Pashtun Taliban armed forces could join the ranks of the resistance groups or terrorist organizations based in Afghanistan.

Third, despite being in power for a year, the Taliban has failed to demonstrate the ability to effectively govern the country. The Taliban, being a movement with a predominantly horizontal hierarchy, has always had a decentralized system of rule. Taliban forces on the ground acted within the framework of a single strategy approved by the leadership. However, at the same time, they had considerable autonomy in terms of choosing tactics to achieve their goals and independently determined their own operational tasks. Such an approach to management attracted a wide range of militants opposed to the government of Ashraf Ghani and helped the Taliban achieve its goals at the time.

Since seizing power in August 2021, the Taliban has been trying to build a highly centralized system of government by directly appointing local chiefs from Kabul, predominantly of Pashtun origin, and creating a rigid vertical hierarchy. However, such decisions have broken the existing balance of power between local commanders and the country's top leadership. By redistributing sources of income as a result of these changes, transferring removed commanders to remote parts of the country, and filling vacant posts with Pashtuns, the Taliban has radically changed the balance of power within the movement and significantly weakened its ability to control events in the provinces.

Generally speaking, in the last months, there has been a major split in various directions within the Taliban. The growing confrontation between different factions on issues related to strategy, ideology, cooperation with the outside world, and the inclusion of non-Pashtun ethnic groups in leadership positions is weakening the Taliban’s power, making a split in the movement’s ranks increasingly likely. The Taliban government faces systemic challenges under these conditions and is unlikely to overcome them in the near future.

It can be expected that this discord will intensify the power struggle between the various factions of the movement. If influential external actors become disappointed with the Taliban’s inability to resolve the challenges facing the country, support for opposition forces may increase significantly. Accordingly, this may lead to a new round of a full-scale civil war based on interethnic confrontation. The Taliban, whose radical ideology and uncompromising position has been gradually moving it toward international isolation, cannot be excluded from this trajectory. However, by engaging in credible and open dialogue with the outside world, offering security guarantees to neighboring countries, cooperating in good faith on counter-terrorism, and enhancing trade relations with other states, the Taliban may be able to overcome its challenges and become a full-fledged member of the international community.