Will the Taliban Become Civilized? 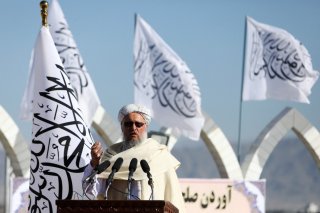 After the fall of Afghanistan’s republic on August 15, 2021, Western and regional diplomatic circles came to believe that the Taliban could only have been militarily suppressed at a high cost. Henceforth, these governments have sought to gradually “civilize” the Taliban over time, but it is unclear how this will occur.

The rationale for transforming the Taliban into a civilized group is an approach taken from Afghanistan and the region’s history. Afghanistan’s medieval history reveals evidence for such kinds of claims. In the past, there were several rebellious and traditional tribes which raided the major cities and looted civilizations, but eventually, they themselves grew civilized over time in the Greater Khorasan (which comprised today’s Afghanistan, Iran, and Central Asia).

The Umayyads, Ilk Khanids, Qarakhanids, Ghaznavids, Ghurids, Seljuks, and other notable Khorasani empires and dynasties provide a good record and justification for diplomats, analysts, and scholars to have optimistic predictions.

Some in Western and Eastern political and analytical circles believe that the civilization and rich culture of the regional urban areas (specifically Afghanistan) will act as an alluring and taming factor—potentially eliminating a long-term danger. It is thought that the institutional memory and political rationality of the people in the major cities like Kabul could transform the bumpkin Taliban fighters into a proper administration.

From the late eighth to tenth centuries, when previous dynasties and nomads came to power in Khorasan’s major cities, they would have instantly seen themselves incapable of governing and securing their subjects, so they would have enlisted the help of the local elites and smart Persian wazirs.

History records many powerful and wise wazirs in the history of the region who could tame the rebellious nature of the invading rulers and institutionalize subject-oriented governance: for example, in the Umayyads and Abbasids caliphate, the Barmakids of Balkh and the Sahl Brothers of Sarakhs; Hassanak Wazir and Ayaz in the Ghaznavid period; Nizam Al-Mulk of Tus and Taj Al-Mulk Abu al-Ghanayem of Persia in the Seljuk period; Nizam Al-Mulk Mohammad of Herat during Khwarazm Shahs; and many other such figures could convert the warrior tribes into civilized and cultural dynasties.

This is a fact and a historical modality that exists in Afghanistan’s political history. However, the approach’s shortcoming is that its historical analysis has not changed with the times. Time plays an important role in shaping history.

Certain new variables contradict the relevance of an optimistic historical approach, and thus expectations to expect to transform the Taliban into a civilized group should be tempered.

Radical ideology and nationalism are the main factors driving Afghanistan’s leaders today; the Taliban’s identity is Islamic radicalism and ethnic nationalism which separates them from Afghanistan’s early empires and emirates.

The Taliban’s rebellious and radical nature make them similar to Afghanistan’s earlier dynasties, especially regarding their lack of understanding of civilization and governance. However, unlike the Taliban, Afghanistan’s historical dynasties would have preserved their power over peoples of different backgrounds by respecting diversity. The Taliban has built its legitimacy on religious totalitarianism and controlling all aspects of peoples’ lives.

The Amir al-Mu’minin and the Khalifa (caliph) from the two branches of the Taliban, the Quetta Shura and the Haqqani Network, believe themselves religiously superior to all their people and see everyone as their subordinates. Therefore, all subjects are bound to obey their instructions.

The Taliban’s nationalism is another characteristic that sets them apart from earlier regimes. Past dynasties would have used power to seek wealth and rule, but now the Taliban utilize power and wealth to impose ideology, identity, and language on other peoples in and, most likely, around Afghanistan. In terms of ideology, identity, and language, the medieval empires of Khorasan were all cultural, plural, and Persian-speaking, while the Taliban today have concentrated all of their efforts on radical-Pashtun identity and the Pashto language. As a result, repressing and marginalizing the millennial civilization will not be enough to tame and civilize them.

The Taliban are against pluralism and multiculturalism. As a result of its neo-Hanbali interpretation of Islam and tribal nationalism, the Taliban have rejected medieval Islamic mysticism (Irfan-e-Islami-e-Khorasani)­, a historical and common heritage that has the potential to serve as an accommodative and peaceful unifier for all the peoples in the region around Afghanistan. The Taliban’s major trait is rejectionism, and this feature allows them to target any notion of accommodation. The Taliban, therefore, will never become peaceful.

The Taliban’s petrification, tribalism, and neo-Hanbali religious interpretation give them a stagnant identity; they are irreconcilable with progression, development, and civilization and will struggle against all its advantages and manifestations. Therefore, it is dangerous to justify the Taliban’s power through irrational optimism that they can be transformed. To the contrary, the Taliban’s very nature poses a perpetual danger to the region and international community.

Furthermore, in contrast to the Taliban’s ostensibly flexible policy during their initial months in power, they are now firmly anchored in their pursuit of severe policies and repression of anyone who disagrees with them. As a result, optimism, and shallow analyses, which do not account for how the Taliban are dissimilar to previous rulers, create significant and irreversible harm to the people of Afghanistan, the region, and the world.