Will Ted Cruz Pull off an Old-School ‘Corrupt Bargain’? 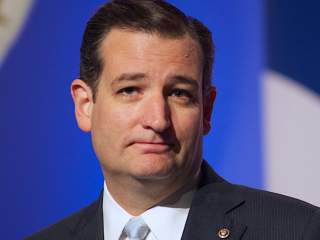 Let’s stipulate that there never was any solid evidence that John Quincy Adams and Henry Clay really stole the 1824 presidential election with a “corrupt bargain.” After the election was thrown into the House of Representatives, House Speaker Clay steered the chamber toward an Adams victory and subsequently got from Adams the best job in the country—secretary of state—for anyone wanting to be president. Did Adams really promise Clay that presidential stepping-stone in exchange for his handing Adams the presidency? We’ll never know; the evidence wasn’t there and still isn’t.

But it doesn’t matter, because the great rival of both men, Andrew Jackson, attacked with a vengeance and made his allegation stick: there had been a corrupt bargain; the two men stole the presidency from the American people; democracy was in peril and needed Andrew Jackson to save it. The people bought that narrative and elected Jackson president at the next election. Adams was tossed out of the White House; Clay never managed to get there.

There’s a lesson here for those taking delight in rebuking Donald Trump for his “whining” about the presidential nomination process in some states this year. “The system is rigged, it’s crooked,” complained Trump after being shut out of Colorado’s delegate selection. To which the Wall Street Journal editorial page retorted: “Get over it.” It entitled its editorial “Trump’s Delegate Whine.” The argument is that the various state rules were well known long before the nomination battle commenced, and if Trump didn’t know those rules or couldn’t navigate them, then that’s his problem.

That retort isn’t entirely without merit. The state parties are empowered to establish their own rules, the rules were well known with plenty of advance notice, and anyone could leverage the rules to his or her own benefit in the delegate-collection game. Ted Cruz is just the kind of politician who would seize such an opportunity, and he did.

But that may or may not mean much in the context of the political sensibilities surrounding this intraparty nomination battle. First, there is the appearance of it all. Just as the mere appearance of a corrupt bargain could turn the tables of politics in Jackson’s day, so today could political events turn on the mere impression that the process has been rigged to the detriment of voters. This is particularly true in today’s populist political climate, when so many Americans feel they have been excluded from their rightful place in the political firmament. And who better to exploit this added populist opportunity than the man who already has been exploiting it the past eight months—that is, Trump?

Beyond that, there are the merits of the case—whether Trump actually stands on solid ground in his accusation of a rigged system, or can at least make enough of a case to sway voters. To explore these two aspects of the Trump complaint, it might be helpful first to survey a little history.

Jackson was not the last politician to make hay with the most powerful recurrent clamor of the American Republic—“give us back our democracy.” Consider Theodore Roosevelt and his battle cry of 1912, when he sought to unseat his old friend and successor, William Howard Taft, and reclaim the White House after four unsatisfactory years of private life. Party presidential primaries were new then; most states selected convention delegates like Colorado and Iowa do today, through state conventions or through caucuses.

But advocates of democratizing the system managed to get thirteen states to adopt primaries. Roosevelt won nine of the thirteen Republican primaries, in the process capturing two-thirds of the delegates at stake and more than half the popular vote. But Taft won, by far outpacing Roosevelt in the convention and caucus states. Did TR, that great man of courage and fair play, accept the outcome, slap his opponent on the back, and help him win the election against Democrat Woodrow Wilson?

No—he whined. The nomination had been stolen, he declared, because the voters hadn’t had a fair chance to express themselves. He went to Madison Square Garden and unfurled a fiery populist speech under the title, “The Right of the People to Rule.” We needed more primaries, he demanded, so nominations wouldn’t be stolen again in the future. At the convention, he challenged the legitimacy of Taft delegates, in some cases with full knowledge that the delegates being challenged weren’t illegitimate at all. When that didn’t work, he bolted the Republican Party and ran for president under a new, independent party label.

What’s interesting here is that Roosevelt had never been particularly interested in democratizing the nomination process—until the nomination process turned against him. He once told a real reformer, Wisconsin’s Robert La Follette, that he found it “half amusing and half pathetic to see so many good people convinced that the world can be reformed…merely by reforming the machinery of government.” He even suggested that it was a “perfectly sound belief” that “only certain people are fit for democracy.”

And, as an independent candidate in 1912, he sought to bar southern blacks from the new party’s ranks, in hopes this would help him capture southern states in the general election.

What this suggests is that there is always a certain amount of hypocritical cant in reform movements.

But that doesn’t make them less important in the flow of American politics. In the tumultuous campaign year of 1968, when activist Democrats agitated by Vietnam flooded the early presidential primary states and ousted Lyndon Johnson from the race and the White House, they ended up with the nominee Hubert Humphrey—Johnson’s vice president, and a Vietnam war supporter who hadn’t run in a single primary.

Again the call went up: Bring us back our democracy. The result was the current nomination system, with around 80 percent of national convention delegates selected through primaries.

Thus we can see the force in the argument that primaries are more democratic than caucuses or conventions in selecting delegates to the national political conventions. That is part of Trump’s argument, and he makes it well. In Colorado, for example, the state party crafted a system of early caucuses and later primaries, culminating with a state convention that Cruz won handily. The party did away with its traditional “straw poll” to assess voter sentiment as a guide for delegates. The reason: such a poll would have been binding under national GOP rules and, as the Wall Street Journal explains, “the Colorado party wanted its delegates to be free to support the candidate they liked. . . .” The paper adds, “The larger point is that none of this is undemocratic or dishonest . . . Candidates are obliged to follow party rules, not vice versa.”

But Trump says this was “an ‘election’ without voters.” He adds, “The only antidote to decades of ruinous rule by a small handful of elites is a bold infusion of popular will.” The Journal and other anti-Trump entities shouldn’t take a blithe attitude toward this argument. It goes back a long way in American politics, runs deep and has proved a powerful rallying cry—particularly in times, like these, when the country is unsettled and there is widespread anger about the actions and privileges of elites.

But there is another factor that figures to become even more incendiary. That is the lack of delegate commitment to candidates who scored best with voters. Under the national rules, state parties must bind their delegates based on primary-election outcomes—but only on the first ballot. After that, they can go with whomever they want. And we now see Cruz going around the country seeking to ensure that Trump delegates aren’t really committed to Trump, except on the binding first ballot.

This is a recipe for populist rage, if voter sentiment is seen as being thwarted by backroom legerdemain and manipulation. Even in our old days of party bosses and smoke-filled rooms, the keys to the whole nominating system were loyalty, political conviction and adherence to principle. There’s not much room for cynicism in that kind of system.

Take, for just one example, the raucous Democratic convention of 1844 in Baltimore, which saw the emergence of America’s first presidential dark horse, James K. Polk. Martin Van Buren’s forces arrived in the convention city totally devoted to the man they called Van. Same with the Lewis Cass delegates. They might abandon their man, but only when it became absolutely clear that he had no chance whatsoever of getting the nomination—and only then with tears of sorrow in their eyes. The New York delegation stayed with Van for eight ballots, and when the delegation chairman, Benjamin Butler, finally announced that the delegation would abandon its first choice, it was with a sad heart. Van Buren had been his friend, protector and teacher, said Butler, “bound to him by ties equal to those of father and son.” But after eight ballots it was clear he couldn’t be nominated. The delegation would go to the dark horse.

That’s loyalty. We don’t have that kind of political sentiment undergirding our politics today. It’s all technics, maneuverability, manipulation. Consider what’s going on today in Washington State, where there will be a state primary on May 24 to determine voter sentiment, and a state party convention on May 18 to select forty-one of the state’s forty-four convention delegates (the other three are party leaders with automatic inclusion). There’s no connection between the two, except that the delegates are required to reflect voter sentiment, as manifest in the primary, on the first ballot.