Will the Democrats' Philadelphia Love-Fest Last? 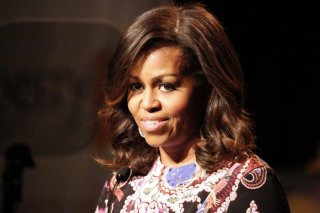 For weeks, the vanguard of the media confidently predicted that the Democrats’ nominating gathering in Philadelphia—Greek for “brotherly love”—would be “the quiet convention.” Yes, both political parties to an extent have been divided this campaign between grassroots activists and Establishment praetorians. But journalists and pundits were going to ensure it was believed that it was the GOP that was riven beyond reconciliation. So when Cleveland failed to burn—or elicit a substantive spark of dissent—it was time to leap into action. Three hours after the Republican convention was gaveled into session, “Never Trump” delegates attempted to block the rules package. The demonstration was immediately described as “turmoil,” “chaos,” and “a disaster.” After the tactic flopped (and flopped relatively quickly), it was due time to harp on Melania Trump’s speech, then Senator Ted Cruz’s refusal to endorse the party’s nominee, then Donald J. Trump’s speech.

Despite a tumultuous primary season for liberals, the Democratic Party appeared to finally be getting its house in order. First, Senator Bernie Sanders endorsed Clinton at a joint rally in Portsmouth, New Hampshire on July 12. Then the controversy involving Secretary Hillary Clinton’s “extremely careless” use of a private server dropped from boiling to simmering. But then three days before the start of the Democratic National Convention, WikiLeaks released nearly 20,000 emails detailing the Democratic National Committee’s efforts to derail the Sanders campaign. Suddenly, even the media found it difficult to deny that comparatively the kerfuffles in Cleveland resembled ripples rather than tsunamis. Early yesterday afternoon, Jeff Weaver, Sanders’s campaign manager, sought to inoculate against conclusions about ostensibly inevitable unrest. “This is the Democratic Party,” he declared. “It’s a raucous party.” With ominous clouds—both literal, flinging a media tent into the air, and metaphorical—hanging above the convention, a Sanders delegate shouted, “Ladies and gentlemen, this is what democracy looks like!”

The bottom line is that the Democratic National Committee had one task leading up to the convention. It was not so much bringing in Sandernistas into the fold. That would have been a formidable undertaking. No, it was crisis communications, controlling the amount of outrage that would be seen by a national audience so as not to conclusively ruin the nearly decade-long coronation of Clinton. The DNC’s first move certainly didn’t do much to stop the bleeding. DNC chairperson Debbie Wasserman Schultz, after deflecting blame, was forced to resign. The media maintained that the Clinton camp was “furious” at what had transpired in the previous 72 hours. Yet stepping into the leadership vacuum was Donna Brazile, a perennial attaché to Clinton Inc. She smartly soon issued a formal “sincere apology” to Sanders and his supporters. Further, while on air with Wolf Blitzer, she stated that the Democratic Party doesn’t silence the views of its constituents.

Interestingly enough, this is the second time Brazile has served as interim chair of the DNC. She did so for five weeks in 2011 after none other than Tim Kaine resigned as head of the Democratic Party to run for the Senate. (Such is the Left’s cycle of life.) Another fun fact: Brazile worked for Jesse Jackson’s presidential run in 1984. And when Jackson exited the race to make way for the Walter F. Mondale/Geraldine A. Ferraro ticket, she and her fellow campaign staffers—as noted during CNN’s coverage yesterday—booed their boss. Brazile recounted this with a chuckle, but at least a few left-leaning viewers must have taken the anecdote as a foreboding omen given President Ronald Reagan’s landslide victory.

Anyway, things got ugly early yesterday morning. Schultz, after having stepped down from her post, was booed off stage at a breakfast meeting while trying to speak with delegates from Florida, her own state. Later, thousands of protestors, mainly Sanders’s supporters, marched in the streets despite egg-frying heat. Sanders himself sought in vain throughout the day, both via speeches and mobile texts, to persuade his “brothers and sisters” (1,846 of the pledged delegates—or 46 percent—were won by him) to get in line behind his rival. Not surprisingly, they swiftly—and not-so kindly—rejected his pleas. Clinton and Kaine’s names, when rattled off, were consistently met with wild heckling. “This is the real world we’re living in,” he lamented. Behold: The “political revolution” has been pulverized by pragmatism and power politics.

So exactly how disorderly would affairs become inside the Wells Fargo Center? That was the question weighing on everyone’s mind. The convention kicked off smoothly enough with the platform and rules package passing with a voice vote. A handful of reporters, as if to begin building up confidence in the DNC’s abilities, stressed that “some were worried that wouldn’t happen.” After that, Sanders supporters instantly made their authority known. “No TPP” chants shook the building even as Representative Elijah Cummings emphasized that Democratic Party’s platform was designed to help everyone but “the 1%.” Benjamin Jealous, former president of the NAACP, too was met by boos while lecturing about the need to institute a national $15 minimum wage and to shift from gas and coal to wind and solar energy.

Before the three stars of the opening day—First Lady Michelle Obama, Senator Elizabeth Warren, and Senator Bernie Sanders—took the stage in the evening, a slew of individuals addressed a sleepy arena half-filled with delegates whose eyes were trained downward on their iPhones. For example, Philadelphia Mayor Jim Kenney droned on about today’s “Know Nothings” who supposedly want to pull up the drawbridge. Maybe the lack of attention wasn’t a shocker. His greatest policy achievement thus far, according to CNN’s scrolling subtext, has been “passing a soda tax that will raise the price of soft drinks in Philadelphia to fund jobs projects and pre-K education.”

The Democrats undoubtedly prevailed in the celebrity-speaker category. Whereas the first day in Cleveland presented Antonio Sabato, Jr., a former Chippendales dancer and General Hospital actor, and Scott Baio of Happy Days, the first day in Philadelphia rolled out singers Demi Lovato and Paul Simon. Lovato, after giving a captivating speech on mental illness, jarringly stuck up her heart-pounding pop single, “Confidence,” which starts, “It’s time for me to take it / I’m the boss right now / Not gonna fake it / Not when you go down / Cause this is my game / And you better come to play.” While on celebrities, Senator Al Franken delivered an SNL-esque monologue skewering Trump University.

Michelle Obama then launched the primetime lineup. She was previewed by a greatest hits reel of her accomplishments produced by film director J. J. Abrams. She focused on the necessity of electing a commander-in-chief who possesses the moral character necessary to positively shape the America’s children and its future generations. She pivoted to Clinton, highlighting the former First Lady’s private role as a mother and grandmother and her multifaceted public role as an advocate for children. Although Obama didn’t take a dig at Melania Trump’s speech—which lifted two passages from her own 2008 DNC address—she implicitly fired away at Melania’s husband. “I want someone with the proven strength to persevere. Someone who knows this job and takes it seriously. Someone who understands that the issues a president faces are not black and white and cannot be boiled down to one-hundred-and-forty characters.” The next president, she continued, needs to be “steady, and measured, and well-informed.”

Obama got teary-eyed and pulled heartstrings when she delivered the following passage. “I wake up every morning in a house that was built by slaves, and I watch my daughters, two beautiful, intelligent, black young women, playing with their dogs on the White House lawn. And because of Hillary Clinton, my daughters and all our sons and daughters now take for granted that a woman can be president of the United States. So, don’t let anyone ever tell you that this country isn’t great, that somehow we need to make it great again, because this right now is the greatest country on Earth.” Trump’s devotees irk the heck out of those on the Left when they refuse to specify when America was “great.” Yet seemingly for Obama, America has only become something special since her husband was elected most powerful person on the face of the planet. “For the first time in my adult life,” she announced only eight years ago, “I am really proud of my country, because it feels like hope is finally making a comeback.”

Progressive warrior Senator Elizabeth Warren followed and earned tremendous approval for a prototypical screed against banksters, corporate greed and income inequality. Perhaps too evidently, she commenced by asserting, “Bernie reminds us of what Democrats fight for every day.” That statement, by the way, was accompanied with three chest thumps and a raised fist. The second half of Warren’s address described the multitude of ways in which Clinton’s opponent is a con artist. “Trump’s entire campaign is just one more late night Trump infomercial,” she said. “Hand over your money, your jobs, your children’s future and the great Trump hot air machine will reveal all the answers.” She wrapped up by reiterating the Left’s narrative that Trump aims to win by “fanning the flames of fear and hatred.”