Will the Next House Speaker Crack Down on the NSA? 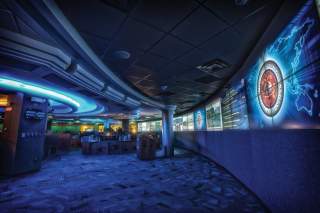 Fights over economic policy and House procedure have been at the center of the revolt by the House Freedom Caucus (HFC) against Speaker John Boehner. But another key issue is lurking in the background—a desire by many HFC and other GOP members to truly curb warrantless mass surveillance by the National Security Agency.

One of the ring leaders of Boehner’s ouster, Thomas Massie of Kentucky, has been a vocal critic of existing NSA surveillance programs and has been successful two years in a row in securing House passage of surveillance-related warrantless search bans as appropriations riders. But the 2014 amendment was stripped out of the 2014 omnibus appropriations bill in a backdoor maneuver, orchestrated by Boehner and others in the House leadership who have consistently blocked efforts to rollback the programs exposed by Edward Snowden over two years ago. The same amendment passed again this year, with support from groups across the political spectrum. It might well have met the same fate again this year if not for the fall of Boehner and McCarthy.

Indeed, in less than two years, backers of the vast post-9/11 surveillance apparatus have lost two of their biggest champions in the House. The first was then-Majority Leader Eric Cantor, who was defeated in the 2014 Virginia GOP primary by newcomer and warrantless surveillance opponent David Brat.

The latest casualty is Boehner, a long-time supporter of NSA mass surveillance programs. Boehner alleged in January 2015 that existing surveillance programs uncovered a plot to attack the Capitol. (In fact, the suspect in the plot was given up by an informant seeking to cut a deal on an unrelated criminal charge, according to the federal criminal complaint filed against alleged bomber Christopher Cornell.)

Two of the alternative candidates for Speaker either in the race or considering it—Jason Chaffetz of Utah and Darrel Issa of California—have far better records on surveillance reform than Boehner or the now out-of-the-running Kevin McCarthy of California, according to a surveillance legislation scorecard from DecideTheFuture.org. House Ways and Means Committee Chairman Paul Ryan of Wisconsin, the current GOP establishment choice to replace Boehner, rated a C- minus on DecideTheFuture.org’s surveillance reform scorecard. And whether he would agree to keeping Massie’s surveillance reform appropriations amendments in any final omnibus appropriations bill remains unknown at the moment.

What is clear is the battle over surveillance reform is not going away, and the next House Speaker will have no choice but to deal with the issue during the balance of this Congress and in the next one.

The Senate may yet take up and send to the House the so-called Cybersecurity Information Sharing Act (CISA), which privacy and civil liberties groups have condemned as yet another mass surveillance bill. Looming in the next Congress is the December 2017 expiration of the FISA Amendments Act, the highly controversial legislation that has been used by NSA to collect and searchthe stored emails of Americans.

Thus far, there has been no Congressional investigation of the Drug Enforcement Agency’s metadata surveillance program, exposed earlier this year. In the absence of Congressional action to limit the use of cellphone tower spoofers by law enforcement, several states have passed or are considering bills restricting their use, including California, Washington, and Virginia, among others.

Given that state and local law enforcement have frequently received these devices (commonly known by the trade name “Stingray”) from the FBI, the failure of Congress to take action to thoroughly investigate the use of a range of surveillance technologies and activities only underscores the need for a comprehensive Congressional examination of the totality of U.S. government surveillance programs in the post-9/11 era, and perhaps even going back to the post-Church Committee period.

Whether that happens will depend in part on how successful HFC insurgents are in forcing House rules changes that allow rank-and-file Members to get  such legislation to the House floor. To achieve that goal, they will need a Speaker willing to at least go along with, if not embrace, their agenda.

Patrick G. Eddington is a policy analyst in Homeland Security and Civil Liberties at the Cato Institute.