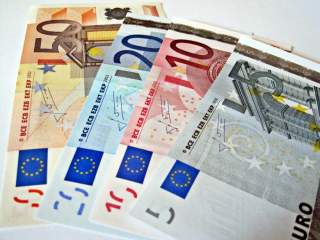 It seems that with the shelling of a school in the Kievsky district of Donetsk on Wednesday (bringing the death toll in eastern Ukraine to well over 3,500), the ceasefire between Kiev and the Russian-backed separatists will likely not hold. And while most of the attention with regard to the economic costs associated with the continuing conflict has focused on how high a price the West should oblige Russia to pay for its role in arming the rebels, more attention ought to be paid to what the Ukraine crisis may have in store for the increasingly fragile eurozone economies, as well as the consequent risk it may pose to the not-particularly-robust U.S. economy.

Concurrent with the deteriorating conditions on the ground in eastern Ukraine, the desire in Europe to forge ahead with a diplomatic solution to the crisis seems oddly attenuated. Yesterday, only hours after the shelling in Donetsk, EU Commission president Manuel Barroso issued a strongly worded rejection of Russian president Vladimir Putin’s call for the re-negotiation of the EU-Ukraine Association Agreement in order to address Moscow’s concerns over how the agreement will impact its economy.

Barroso’s economic acumen seems to be about on par with his political acumen; readers may recall it was he who in December 2013 called on the then peaceful anti-government protesters in Kiev to the barricades, summoning them to “have the courage and go out and fight.” In any event, the idea that the eurozone, the United States and Japan together have enough leverage to maneuver Russia towards their preferred outcome via sanctions on trade and energy has been given wide currency over the course of the ongoing crisis. It is a claim that merits closer scrutiny.

As winter approaches (and readers might take note that Kiev is at roughly the same latitude as Calgary), the ramifications of Kiev’s “European choice” are becoming clear. An agreement between Ukraine’s Naftogaz and Russia’s Gazprom in 2009 gave Kiev the option to purchase Russian natural gas at a significant discount in the short term, while agreeing to pay a (possibly) higher-than-market price in the medium term. The claim the Moscow is squeezing Kiev and forcing it, in the words of one correspondent, to pay a price “far higher than what most European countries pay” neglects to mention that (1) Ukraine agreed to pay that price in return for lower-than-market priced gas in the 2009, (2) Ukraine owes Russia, by some estimates, between 3.5 and 5 billion dollars in back payments and (3) for twenty years Ukraine has extracted, according to one analyst, “huge rents in the form of cheap or free gas from Russia” by leveraging its position as the primary transit hub for Europe’s supply of natural gas. In other words, Ukraine has proved to be a significant transit risk for a generation, hence the concerted push by several major EU countries including Spain, Italy and France for the timely completion of the South Stream pipeline that would bypass Ukraine altogether.

The situation Ukraine itself now faces is little short of dire. Because of the war and its failure to pay Gazprom, Russia cut off the supply of gas to Ukraine on June 15. As a result, by January, Ukraine’s gas storages should be empty. Yet on Saturday, Ukraine rejected an EU-brokered deal between Moscow and Kiev that would have resumed the transit of gas to Ukraine over the coming six months in return for a payment of $3.1 billion. Russia claims the $3.1 billion will go towards paying down Kiev’s outstanding debt, while Kiev insists that the sum should be considered a prepayment for the coming shipment. The dispute has sparked fears among countries in southeastern Europe that Kiev will—as it did in January 2006 and January 2009—siphon off quantities of natural gas that are meant to flow to them.

If this should happen, as seems increasingly likely, it would pose a significant economic risk to the eurozone. And while the consequences of upsetting the delicate balance between Russia and Europe seem to have eluded the likes of Manuel Barroso, it has not been lost on the Czech energy ambassador, who on Monday told the Reuters European Investment Summit that “it would be foolish to expect business as usual this winter vis-à-vis transit through Ukraine…our baseline scenario for this winter is that there will be no gas through Ukraine, no transit this winter.”

If so, then what effect will this have on the eurozone’s tenuous recovery from the 2012-13 debt crisis?

The energy war, coupled with the trade war that has broken out due to the implementation of the sanctions regime against Russia, may result in Europe’s backsliding into a recession next year. We may already be seeing signs of it. On Wednesday, the eurozone PMI (Purchasing Managers Index) hit a fourteen-month low, while France’s continued to contract and Germany’s fell to a fifteen-month low. Meanwhile, a sanctions-induced reduction in oil flows from Russia could further stifle eurozone growth by 1 to 1.5 percentage points in 2015.

What does this mean for the American economy? Opinions differ. John M. Mason of the Wharton School of Business registered his concern with the Washington Times in mid-September, noting that “all Americans should be concerned” about the chances of another European recession because that would result in slower growth here at home.

A more reassuring analysis comes courtesy of a Chicago-based global-markets strategist who tells TNI that while he believes that the eurozone is already in recession, the American economy is fairly well positioned to weather another European recession, after all…

…the goods and services trade channel from the EU to the U.S. is small, and not all that relevant to real U.S. economic activity. We may send 1/6th of our exports to the EU (including the UK), but overall U.S. exports are a small part of economic activity here. Remember: the U.S. consumer is still some 70 percent of GDP.

Only time will tell how insulated the American economy is from the Ukraine crisis; meanwhile, we will see soon enough just how high a price the governments of the eurozone are willing to pay for Kiev’s “European choice.”