Will Tobacco Kill the Trans-Pacific Partnership? 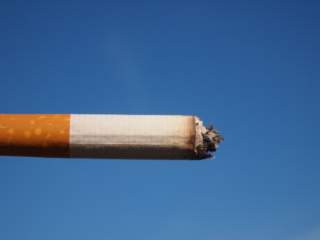 The TPP will liberalize trade in thousands of products by reducing tariffs, quotas, and other trade barriers. Increased trade in many of these products, particularly in the agriculture sector, will be controversial as protected domestic industries face new competitors. But one product in particular may play an outsized role in the U.S. political debate over TPP: Tobacco.

Reports indicate that tobacco has been "carved out" of standard rules on foreign investment. This is sure to cause concern for members of Congress, including Senate majority leader Mitch McConnell, who represents the tobacco-producing state of Kentucky.

So, what kind of carve-out exactly did tobacco get? For decades now, governments have used treaties and trade agreements to offer special protections to foreign investors. Perhaps based on an assumption that foreign investors are treated worse than domestic investors by domestic regulators and courts, these extra protections have proliferated through thousands of treaties worldwide.

Critics allege that these international investment rules are tools of intimidation and litigation, rather than a means of encouraging investment (as supporters claim). The critics seem right on this point. Evidence that these rules promote investment is weak at best. And there are many examples of multinational corporations challenging sensitive domestic laws and regulations.

Enter into this contentious debate, tobacco, already a much-demonized product in U.S. politics. Of the hundreds of investment claims that have been filed, only two relate to tobacco, but they are particularly notorious ones. One case involves Phillip Morris challenging Australia's plain packaging regulations for cigarettes, designed to undermine the use of branding on cigarette products. Another involves a claim by Phillip Morris against Uruguay's cigarette packaging regulations, including the use of graphic images on the packaging.

These cases have led to accusations that the tobacco industry is abusing the system. On their face, the regulations at issue do not treat foreign companies any differently than domestic companies, so how could the rules possibly have been violated by these regulations? Aren't the Phillip Morris claims frivolous?

Actually, they are not, due to the broad scope of the investment rules. Companies can bring lawsuits against regulations that discriminate against foreigners (the traditional focus of trade law), but they can also challenge government behavior that falls below a so-called "minimum standard." One way this obligation is expressed is that government actions must be "fair and equitable." Tribunals have offered varying interpretations of the standard, but one view is that whether the actions are "arbitrary" is a key component of the standard (recent EU proposals use the term "manifestly" arbitrary).

It doesn't take a lawyer to see how such a standard offers a wonderful opportunity to argue against many domestic regulations and other government actions. Companies and individuals often believe that governments treat them in an arbitrary manner. Thus, there is no abuse of the system when Phillip Morris brings a claim. It genuinely believes it is being treated badly, and is using the system exactly as designed when it files a lawsuit.

The obvious way to reform the system would be to take out this minimum standard of treatment obligation, and focus the system on non-discrimination (as well as actual expropriation, another key obligation). But any such proposals are met with fierce resistance by business groups, who want to maintain their power to threaten lawsuits against domestic policies they did not like.

Their resistance may have made such reform impossible in the TPP. Instead, tobacco regulation was simply excluded from the scope, with the fundamental flaws in the system left as is. In a sense the tobacco carve-out acknowledges the system's problems, while leaving them basically intact.

Legal issues aside, the question now is one of politics. The tobacco carve-out was an effort to balance the demands of public health groups (who want strong tobacco regulation) and business interests (who want to keep the current investment rules). But the political calculation changes now that Congress has to weigh in.

Tobacco interests may have had a hard time getting heard during the TPP talks. But now they will have a strong voice in the form of Sen. McConnell, who said the following on this issue back in late July, in a letter to U.S. Trade Representative Michael Froman: "I ask again that you not set a new precedent for future U.S. trade negotiations by negatively carving out a specific U.S. agriculture commodity—in this case tobacco.” All eyes will be on him, as he reflects on whether he can live with a tobacco carve-out in the TPP, or whether he would rather wait on the TPP, and gamble that a future Republican president could renegotiate this provision.

The TPP has many controversial parts, and its success or failure will not be completely dependent on the tobacco issue. Nevertheless, trade deals are often close votes in Congress, and the tobacco carve-out could have a major impact on the result.