Will Trump Conquer the United Nations? 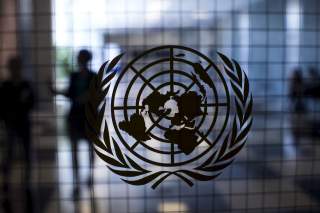 Later this month, President Donald Trump will give a speech to world leaders assembled at the United Nations for the organization’s annual General Debate.

Not all leaders attend the event. Notable absentees this year will include Russian president Vladimir Putin and Chinese president Xi Jinping. Although it was not unusual in the past for the United States to be represented by the Secretary of State or the ambassador to the UN, recent presidents have made a habit of attending, primarily because it offers an unparalleled opportunity to speak directly and without filter to other world leaders.

It is that unfiltered part that has many intrigued. Will President Trump deliver one of “those” speeches that UN observers talk about for years? Will he top Fidel Castro’s four-and-a-half-hour marathon address, or the showmanship of Israel’s Benjamin Netanyahu, who pulled out an illustration of a bomb to underscore his concern about Iran’s nuclear program?

With Presidents Clinton, Bush and Obama, the chances of this happening were remote. While U.S. presidents sometimes employ strong language and memorable flourishes, they tend toward the dry and conventional.

Donald Trump is the opposite of dry and conventional. Yet, for several reasons, I expect him to deliver a serious and disciplined speech focused on the key foreign-policy priorities of the administration.

I anticipate a carefully scripted speech. At press conferences and campaign rallies, Trump has displayed a propensity for extemporaneous—and frequently controversial—comments. His speech in Turtle Bay, however, is more likely to fit the mold of his speech in Poland.

Some commenters and governments disagreed with the content of that speech—as they might with this address. But it was a serious and sober presentation of the president’s foreign-policy views. There are places and times for bombast, but the president and his advisers no doubt understand that the UN General Debate is not one of them.

Moreover, President Trump sees value in UN support for key U.S. foreign-policy issues. Certainly he seems pleased with Ambassador Nikki Haley’s ability to secure Security Council resolutions that incrementally ratchet up pressure on North Korea. However, he has also made clear that much stronger action is necessary, so expect him to challenge the assembled leaders to step up their efforts.

Trump is far less pleased with the organization’s mistreatment of Israel and will almost certainly call on the membership to rectify this bias. Based on Ambassador Haley’s speech at the American Enterprise Institute this week, Trump might also seek to prepare the membership for a realignment of U.S. policy on Iran.

Substantial effort will be applied to convince other member states why they should support the United States on these important matters.

He might also address several other topics. His administration has made clear that the United States wants to: examine and focus UN peacekeeping mandates; reduce UN personnel costs; overhaul the UN scale of assessments to cap U.S. peacekeeping dues at 25 percent; reform the UN Human Rights Council; enhance accountability by protecting whistleblowers and ensuring that peacekeepers and UN officials are held responsible for sexual exploitation and abuse and other misconduct; and, more generally, improve the organization’s operations and effectiveness by modernizing management systems and eliminating redundancy and overlap.

Achieving any of these reforms will be difficult. Washington is only one vote among 193 member states. Making progress will require strong involvement and support from the State Department, including robust bilateral engagement, and White House leadership. UN Secretary General António Guterres is developing a reform plan, and there is no better way for the United States to underscore its reform priorities than for the U.S. president to lay them out personally. By personally chairing a high-level panel on UN reform while he is at the UN, President Trump will send a clear signal—not just to other governments, but to those within the U.S. bureaucracy as well—of how important UN reform is to this administration.

Some observers may hope that Trump will reverse a controversial U.S. policy (or two) in search of applause from the assembled leaders. Those observers will be disappointed. While the president will doubtless make an effort to be conciliatory and convince the assembled why it is in their interest to support his policies, he firmly believes in his America First foreign policy.

Finally, although much attention has been focused on how Trump will be received in Turtle Bay, the more consequential matter is how Trump perceives the UN in the aftermath of this speech.

Will he see the UN as help or hindrance?

During the presidential campaign, Trump’s default perception of the UN was deep skepticism. At the American Israel Public Affairs Committee in 2016, he condemned “the utter weakness and incompetence of the United Nations.” He went on to say that the organization is “not a friend to freedom. It’s not a friend even to the United States of America, where as all know, it has its home. And it surely isn’t a friend to Israel.” Last December, Trump famously dismissed the UN as a “club” for people to “have a good time.”

In office, he appears to be willing to give the UN a chance, noting that “The United Nations is an underperformer, but it has huge potential. . . . I think that the United Nations has tremendous potential.” In April, Trump took the unusual step of hosting members of the UN Security Council at the White House to urge action on North Korea.

Supporters of the UN have urged the president to engage the UN to advance his national-security goals, but that becomes far less likely if he is rebuffed. UN support can be very useful, but the United States can pursue its goals and policies independent of the organization. If we know anything about the president, he values action and support. Opposition to or inaction on his priorities could cost the organization dearly in terms of relevance in these high-priority areas.

Inaction on reform could result in different, but also significant, consequences. The president’s FY 2018 budget included large reductions in funding to the UN, its affiliated organizations, and peacekeeping.

Although that budget will not be enacted, Republican majorities in Congress have historically been far more willing to use financial withholding as pressure to advance UN reforms. U.S. funding to the UN has already been cut this year. It could be cut further if Trump and Republicans in Congress feel that reform is languishing or that U.S. funding is not garnering UN support for American priorities.

Image: A United Nations logo is seen on a glass door in the Assembly Building at the United Nations headquarters in New York City September 18, 2015. REUTERS/Mike Segar