Will Trump Prove to be His Own Worst Enemy During Impeachment? 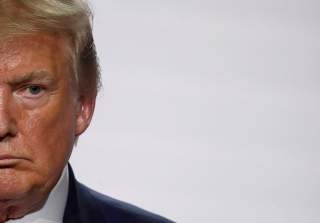 Ever since Speaker of the House Nancy Pelosi announced in late September the impeachment inquiry into President Donald Trump’s communications with the Ukrainian government, impeachment has been a certainty. The Democrats hold a firm majority in the House, and when the official vote was taken, 232 members voted to continue the already-announced inquiry. It received no Republican support.

The real debate will be in the Republican-held Senate.

As the Democratic majority conducted its closed-door hearings, lawmakers have been formulating their arguments and crafting their narrative. As the House moves into public testimony, Republicans are already shifting their gaze to the Senate trial and how they’ll respond to accusations against Trump. The preparation has already begun with the party providing the key points House Republicans must make going into the trial.

The following four points are contained in an official memorandum distributed to the sitting members of the House Intelligence Committee, the Oversight and Reform Committee, and the Committee on Foreign Affairs.

Point 1: “The July 25 call summary—the best evidence of the conversation—shows no conditionality or evidence of pressure.”

During the phone call, Trump told Ukrainian president Volodymyr Zelensky “I would like you to do us a favor,” considering the foreign aid the U.S. provided Ukraine. That favor was related to investigating Ukrainian involvement in the U.S. intelligence community’s original accusations of Trump-Russian collusion. Later, Trump said it “would be great” if Zelensky could also investigate the business dealings of Hunter Biden, son of the former vice president.

William B. Taylor Jr., the U.S. charge d’affaires for Ukraine, told the inquiry that Ukraine receiving the congressionally appropriated aid was dependent on Zelensky publicly announcing an investigation into Hunter Biden’s business dealings for reasons of corruption. Gordon Sondland, Ambassador to the European Union, changed his testimony to match Taylor’s, contradicting what he had originally said. Trump’s lawyer Rudy Giuliani is alleging to CNN that Sondland is a fabulist: “He never said anything to me that remotely resembles what he said in his testimony.”

Point 2: “President Zelensky and President Trump have both said there was no pressure on the call.”

Since the start of the controversy, both men have repeated that the phone call was cordial, there was no ill intent, and it was a normal part of international negotiations. Zelensky has shown no satisfaction in becoming a focal point of U.S. politics, nor having his newly elected administration distracted from his anti-corruption domestic policies.

“The Ukrainian government was not aware of a hold on U.S. security assistance at the time of the July 25 call.”

Point 3: Trump decided to withhold military aid on July 18, a week prior to the call. While there are mechanisms for the president to legally stop the aid, these were not used. The Ukrainian government operated under the false idea that they were receiving aid until the end of August. When they learned it was being withheld, Ukrainian officials were confused and panicked.

The aid was released in early September after the controversy had first made front-page news. This has led to speculation that the administration only allowed aid to go through after their actions had been revealed to the public.

While this Republican counter-narrative may be enough to keep Trump in office, the White House is displeased that it doesn’t equal a full-bore defense of the president’s actions. “Senate Republicans don't think President Trump’s Ukraine conduct is impeachable, especially since the aid was ultimately disbursed, but many of them aren't entirely comfortable with it, either. So, they are going to say it was arguably inappropriate but not impeachable,” says James Antle, editor of The American Conservative.

“Read the transcript. It is PERFECT,” tweeted Trump as recently as yesterday. In a tweet on Tuesday, Trump stated that “as President, I have an “obligation” to look into corruption, and Biden’s actions.” In other words, Trump does not believe that he committed any malfeasance in specifically demanding that Ukraine investigate Biden. This runs directly counter to the contention by a number of Republican senators that Trump’s actions may have been troubling but do not rise to the level of impeachment. Trump is saying that they were in fact not troubling at all. They were fully legitimate.

So far, both Attorney General William Barr and Senate Majority Leader Mitch McConnell have refused to say publicly that there was nothing unethical about Trump’s request to Zelensky to investigate the Biden family. But this is quite obviously not what the president wants to hear.

“That’s at the very least complicates messaging—Democrats have a unified message—and at worst risks a rift between the president and the senators he is counting on to stay in office,” says Antle.

As congressional Republicans try to defend Trump, he may once again prove to be his own worst enemy. What happens when he lives tweets his own Senate trial?