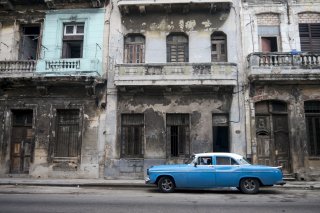 In 2014–16, U.S.-Cuban relations witnessed a considerable thaw. Both countries moved to normalize relations long frozen by Cold War considerations, a development that culminated in President Barack Obama’s visit to Cuba in 2015, the first time a president visited the island since Calvin Coolidge in 1928. And U.S. companies, long excluded from one of the Caribbean’s largest markets of eight million people, have rushed in—multiple commercial airlines are flying planes to Cuba, U.S. telecom companies have signed roaming agreements with the island state, Marriott has commenced a joint venture to manage a number of Cuban hotels, the Caribbean island has become Airbnb’s fastest-growing market and a cruise line has started to sail to Cuban ports. In addition, other U.S. companies are seeking to develop business relations in Cuba. But all of this could change when the Trump administration comes to office in January 2017.

It is early in deciding what is next in U.S.-Cuban relations, considering that President-elect Trump has yet to name key officials for his administration. However, he did state that “concessions” the Obama administration made to the Caribbean country can be easily reversed (as many of them were done by executive order) and that he will unwind them unless U.S. demands are met. Along these lines, he stated, “Those demands will include religious and political freedom for the Cuban people and the freeing of political prisoners.”

Cuba is the only full-fledged dictatorship left in Latin America. Although Venezuela and Nicaragua are dominated by left-wing caudillos, there is still some façade of democratic form; Cuba is controlled by the Castro family and the Cuban Communist Party. Political freedoms are limited, competitive national elections are not held and there are political prisoners. Moreover, the regime monopolizes all forces of coercion—the military has a history of being loyal to Raúl Castro, who has led it for decades and is now the Caribbean country’s líder máximo.

For a long time, the Cuban American community’s views on its homeland were shaped by exile, the loss of property and the ruthless nature of the Castro regime toward any opposition. Indeed, those who left the island in the 1960s are staunchly anti-Castro, want no deal with the Castro regime ever and have voted on a regular basis in U.S. elections (98 percent of the first wave are U.S. citizens and 97 percent are registered to vote). Later waves are less anti-Castro, care about other issues beyond Cuba, and are fewer in terms of U.S. citizenship and voter registration (at 53 percent and 43 percent respectively, for those in 1994–2016 period).

Obama’s push to normalize relations with Cuba did receive a positive response among the Cuban American community. According to a Florida International University poll, 63 percent of respondents oppose the continuation of the U.S. embargo and “most respondents favor expanding economic relations between companies and the island.” That 63 percent was no doubt accurate, but it did not match up to the breakdown in voter participation in November.

The Cuban vote (or at least a significant part of it) was important in the Trump victory in Florida, which accounted for twenty-nine Electoral College votes. A New York Times–Siena poll days before the election indicated that support for Trump went from 33 percent in September to 52 percent. This has left the president-elect in the position of having elevated expectations to take a tougher stance on Cuba. This could be done by downgrading the U.S. embassy in Havana to a U.S. Interests Section again, reduce travel to the island for U.S. citizens, penalize companies doing business with Cuba and tightening immigration from the Caribbean country to the United States. He could also reimpose limits on the import of cigars and rum and promise to maintain (or possibly tighten) the trade embargo for the foreseeable future.

Pressure on Trump from the strongly anti-Castro part of the U.S. Cuban community is not likely to go away. Indeed, Mauricio Claver-Carone, the editor of Capitol Hill Cubans and a pro-embargo advocate, stated during the campaign: “Candidates should stop taking advice from a handful of greedy businessmen who are clueless as regards the real pulse of the Cuban-American community.” Moreover, Trump’s Cuban American backers intend to hold him to his “commitment to reverse Obama’s executive orders.”

Although the potential for a policy reversal is possible, such a change in direction will not be easy. The “handful of greedy businessmen” employ large numbers of U.S. citizens (some of whom voted for Trump), there would be costs borne by U.S. companies if sanctions are fully reimposed which would give birth to litigation against the government, and farmers in the Midwest want to sell their products to Cuba and are seeking to have a financing prohibition removed. Moreover, Trump during the campaign did acknowledge that fifty years of the same policy was enough, especially since it failed to remove the Castro brothers from power.

There is another dimension of Trump’s relationship with Cuba. According to Bloomberg Businessweek magazine, Trump executives have been considering the Caribbean country for a number of years. Trump executives have visited Cuba in 2012 and 2013, while his company’s representatives were there as recently as 2015, apparently looking at golf-related opportunities.

What to do about Cuba will be one of the more pressing decisions for the incoming Trump administration. If Trump the pragmatist and businessman moves into the White House, new negotiations might be able to make further adjustments, with the Castro brothers making some changes—don’t look for anything major. At the same time, Cuba’s economy is in poor shape, electricity has been sporadic and the country’s main economic supporter, oil-dependent Venezuela, is in its own very deep economic and political crisis. There is clearly pressure on the Cuban side to keep the process moving forward.

If the more right-wing Trump moves into the White House in January, U.S.-Cuban relations run the risk of taking a major step backwards as a new raft of political demands are made. At the same time, a hard line on Cuba could be troublesome for Trump, from the perspective that the non–Cuban American parts of his base in the Midwest and corporate America are likely to become alienated, a move that could come to hurt him in terms of litigation, bad press and withdrawal of support for the 2018 midterm elections.

U.S. Cuban policy has always been a challenge for Washington. Although Cuba does not carry the same weight on the diplomatic front as China, Russia or the Middle East, it remains a core foreign policy issue in the United States, especially considering the importance of Florida in presidential elections. How Trump handles dealing with the Castro regime will be closely watched, both at home and in Latin America. There will be very little to gain on the diplomatic front in the Caribbean and Latin America by killing off the push toward normalization between the United States and Cuba. Indeed, it could be one more item to complicate issues with Latin America.

The trick for Trump will be to get some concessions out of the Cuban government to open on the political front—which will be difficult considering the Castro brothers’ aversion to democracy—while maintaining a gradual opening of the country to U.S. business and tourists as well as placating a majority of Cuban Americans. This will be a real test for the man who has touted his art of the deal and likely run his policies on a transactional basis. Let the negotiations begin.