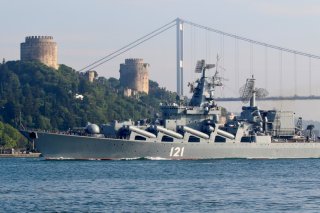 Vladimir Putin’s rhetoric demands another Munich with Joe Biden capitulating, but Biden can’t and won’t oblige. But then the president predicted armed conflict. These smart leaders are better than that, and both need to avert an avoidable war.

What both sides need is a grand strategy that redefines relations between the West and Russia, gives each what its pride and security interests require, and averts a conflict that could escalate into World War III. A key aspect of the U.S. posture is to stop reacting to Putin’s threats and shift to a pro-active posture to resolve the crisis, proposing actionable ideas that work for all sides. The talk is about deterrence, but the United States wants action from Russia that advances U.S. security interests just as Russia wants to advance its own.

What plausible strategies might work for all the parties? Here are areas to consider for where the parties might find common ground and avoid war. If one characterized Dwight Eisenhower’s grand strategy as “containment,” this one seems to qualify as “equilibrium.” That notion doesn’t view Russia as a friend or ally. Let’s move beyond personalities and strike a balance for a stable order in Europe rooted in longer-term state-to-state relationships.

Containment grasped that the Soviet Union had expansionist ambitions. Ike rightly rejected co-existence and worked to defeat communism. Russia wants to revive its Soviet sphere of influence, but it offers no ideology, and while seeking global influence as a great power, lacks communist imperial ambitions. A realistic coexistence rooted in strength makes sense for a united West, led by the United States, NATO—with its military focus—and the European Union—with its political focus. Achieving that goal will enable the West to direct fuller attention to its main challenges, particularly those posed by China’s ambitions.

Nationalism and hubris drive Putin to regain Russia’s influence and control over its former sphere. Putin views the Maidan Revolution that overturned a pro-Russian government in Ukraine as a U.S.-sponsored color revolution forming part of a scheme to oust him from power. Regime preservation is always Putin’s number one goal. While misguided, his fears help explain his tactics. Putin’s perception of the facts, not the facts themselves, governs Russian actions.

A stable framework between Russia and the West might embrace the following ideas:

First, assurances that neither Ukraine nor Georgia will become members of NATO. These nations enjoy no right to join NATO; membership is invitation only. Western security interests don’t require making them NATO members, and the West need not insinuate them so closely that Russia feels the relationship amounts to membership.

Ukraine could accept a status similar to Austria’s. Austria is a democracy that does business with all sides and maintains its independence. Such status won’t harm the West, and would remove the threat that Putin most complains about. Ukraine needs to be a part of that negotiation.

Second, some believe that Putin fears a successful democracy in Ukraine will spur knock-on consequences in Russia that undermine his regime. Unless he wants a real war, Putin is going to have to get real about this politically.

He’s popular at home and may remain so unless Russians see lots of body bags coming home. That’s a more serious threat along, potentially, with Russia’s inept response to Covid-19.

Third, Putin wants the United States to avoid meddling in Russian internal politics. Let’s be realistic. The United States rightly hit the roof over Russian meddling in U.S. elections. Putin has angered Europe by using weaponized social media and other hybrid warfare tactics to create political disruption and undercut NATO and the EU. But as Russia points out, no nation meddles in other countries’ politics as much as the United States does.

One way forward may lie in a mutual agreement that the West and Russia will each stop meddling in one another’s internal affairs.

Fourth, Putin would like to turn back the clock. He’s going to have to get real about that. Corruption and the failure of communism defeated the Soviet Empire, not the West. He led Russia to economic progress for the first part of his tenure. He needs to recognize that this record lights his way ahead, not armed conflict.

Finally, Putin wants respect as a great power equal. One sore point for him is history. He feels that the West refuses to acknowledge that Russia fought most of the ground war against Germany during World War II and suffered the most casualties. He’s quite emotional about the issue. Addressing pride and nationalism is a matter of diplomacy. Working that out may not be easy, but the goal is achievable. In the meantime, if Putin wants more credit for Russia, Russian historians need to translate their work into English and publish in the West.

The United States should require quid pro quos from Russia.

First, as noted above, both sides must commit to cease meddling in one another’s politics or internal affairs.

Second, Russia must commit to avoiding using the Nord Stream II as political leverage to influence European politics. Diplomacy must work out what that means in practice.

Third, Russia must recognize that the West is acting with a united front through the United States, NATO, the EU, and the parties. The United States must make clear the West will do whatever is required to honor NATO’s Article V obligations. That includes boosting current military strength in Europe, especially airpower, which can be strategically positioned fairly rapidly. We feel clear lines of communication with Russia can help avoid confusion or cause miscalculation. Issues such as missile deployments have to be negotiated.

Fourth, Russia must gain control over and crackdown on criminal cyber hacking in the West by the Russian state, its proxies, so-called “patriotic hackers,” and transnational criminal groups operating from Russia. Moscow’s attempts to disclaim such groups are nonsense and the West shouldn’t give credence to such efforts.

Finally, and this is a matter for diplomacy that would take time to play out, Russia and the West should try to find common ground that recognizes the existential threat posed by China’s ambition to establish global military and economic supremacy by 2049. China’s achieving that ambition would pose an existential threat to both sides. Russia won’t join the West in an alliance against China, but the West can also influence Russia against allying with China against it.

From the Western perspective, any deal has to stick. President Ronald Reagan once said that in dealing with Russia, “trust but verify.” That was a Russian proverb. If Russia plays fast and loose with a deal or breaks it, all bets are off and the West should move aggressively to protect its security interests, politically and militarily. That includes providing Ukraine with essential military support for defense.

Matters are obviously more complicated and nuanced, but these ideas seem common sense and may help inform a framework for negotiation. For the United States, the Biden administration should seek bipartisan consultation and support so that the United States can present a unified front. We feel Russia perceives strategic weakness in the polarization evident in U.S. politics, and unity on Russia would strengthen the U.S. hand in dealing with Russia. All parties owe it to themselves, their citizens, and the world to avoid an armed conflict that could accidentally escalate into World War III. Time is growing short. It’s time to move out.

James P. Farwell has advised U.S. Special Operations and the Department of Defense. An Associate Fellow in the Dept. of War Studies, King’s College, University of London, he is the author of Information Warfare (Quantico: Marine Corps U. Press, 2020) and The Corporate Warrior (Brookfield: Rothstein Publishing, 2022). The opinions expressed are their own and not those of the U.S. Government, its agencies, departments or COCOM.