Will the United States Stay United? 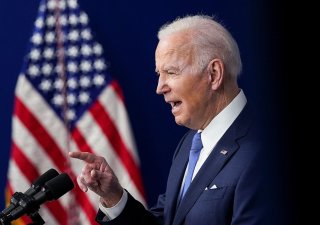 Sometimes states lose control over a significant amount of their territory before regaining much or even all of it. This can occur due to external invasion, when internal political struggle gives rise to secession, or even as a result of combined internal and external pressures. Sometimes, though, a government—or its successor—can regain control over much or all of the territory it previously lost. This has happened in the United States, China, and Russia.

After years of political dispute between America’s North and South over slavery and other issues, most U.S. southern states seceded from the Union following the election of Abraham Lincoln in 1860. After a fierce civil war, though, the Confederacy was defeated, and the Union was restored in 1865.

The early twentieth-century Chinese revolution that overthrew the Manchu dynasty led to the fragmentation of China into regions controlled by warlords. This, however, was reversed by the rise of the Kuomintang (KMT) in the 1920s.

The Russian Empire likewise collapsed in the wake of the downfall of Tsar Nicholas II and German military advances. After giving up much of the tsar’s western territory in the 1918 Treaty of Brest-Litovsk, though, the Bolsheviks were able to forcefully reintegrate most of it after the collapse of Imperial Germany at the end of World War I.

The Japanese invasion of Manchuria in 1930 and the rest of China in 1937 threatened not just China’s unity, but its very existence as an independent state. Following Japan’s defeat in 1945 and the rise of Maoist communism in 1949, though, China (except for Taiwan) was reunited and has gone on to emerge as a great power.

But the 1941 Nazi German invasion threatened to destroy the Soviet Union altogether. Thanks to the extraordinary efforts of the Red Army as well as American and British arms supplies, Moscow expelled German forces from Soviet territory and gained both territory and an expanded sphere of influence for the USSR.

Nearly half a century later, the Soviet Union collapsed at the end of 1991 for multiple reasons: the burden of sustaining the Cold War on the weak Soviet economy, rising non-Russian nationalism, the shrinking of the ethnic Russian population as a percentage of the total Soviet population, and the December 1991 agreement among the leaders of three of its component parts—Russia, Ukraine, and Belarus—that the USSR should no longer exist. The Soviet Union was then replaced by fifteen independent states. Vladimir Putin, Russia’s current president, has now reclaimed part of the territory Russia lost to Ukraine (Crimea) and is restoring Russian influence, if not outright control, over other parts of it—a process which is ongoing.

The loss of territory, as well as the collapse of a government, can diminish or even end a country’s ability to act as a great power. Sometimes, what remains may even be subordinated or subjected to other great powers. A state’s restoration, though, can revive it as a great power—as both China and Russia have shown.

Generally, though, governments like the idea of their great power rivals collapsing, thereby either giving rise to a more congenial government or breaking up into several states. After the Cold War, there was even hope that Russia and China would eventually evolve into democracies that would cooperate with the West—or even join it. In retrospect, this was clearly wishful thinking.

Similarly, there are those in Russia and China who hope that some form of breakup or collapse will take place in the United States. As recently as 1998, Russian professor Igor Panarin predicted the dissolution of the United States into six parts by 2010 and even published a map showing this. This was clearly wishful thinking. Today, many Chinese scholars are quite confident that America is on the decline due to internal divisions within the United States. At various off-the-record conferences I have attended, either in person or more recently via Zoom, Russian and Chinese speakers have forecast—often matter-of-factly—that a U.S. collapse is likely or even inevitable.

How would this occur? The logic set forth usually is as follows: the United States is in the process of a demographic transition from majority white to majority non-white by some point in the 2040s. But American whites—especially conservative ones—are not going to surrender power voluntarily to the emerging non-white majority. Instead, they will act to preserve their power by force. In the best case (from the Russian and Chinese viewpoint), the United States will actually break apart. This would give them the opportunity to side with one or more successor states against the others. But even if the United States remains a unitary nation, the forceful effort required on the part of the shrinking white population to retain control over the growing non-white population will make the United States less and less willing and able to send forces abroad—thus benefiting Russia, China, and other U.S. adversaries. Such an America certainly will not be bothering Russia and China about their lack of democracy either.

Is this Russian and Chinese vision of America’s future also wishful thinking? That’s for Americans to decide. But if indeed the United States’ future is as negative as they hope, Russia and China—as well as others—will definitely see it as an opportunity for advancing their own great power ambitions. Yet even if discord within the United States does grow, Russia’s and China’s own experiences show that decline can be followed by resurgence.