Winning the Airwaves: Sustaining America's Advantage in the Electromagnetic Spectrum 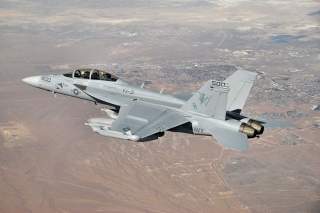 The electromagnetic spectrum (EMS) is one of the most critical domains in modern warfare. While militaries have long used it to communicate, keep track of friendly forces and find and target enemies, emerging technological advances now promise to dramatically change how they will use the EMS in the future. In the same way that smartphones and the Internet are redefining how the world shares, shops, learns and works, new sensors and networking technologies will enable militaries to gain significant new advantages over competitors that fail to keep pace.

Unfortunately, “failed to keep pace” is an appropriate description of the Pentagon’s investments in EMS warfare capabilities over the last generation. In the absence of a peer rival following the end of the Cold War, DoD failed to pursue a new generation of capabilities needed to maintain its EMS superiority. This pause provided China, Russia and other rivals with an opportunity to field systems that target vulnerabilities in sensor and communication networks the U.S. military has come to depend on. As a result, America’s once significant military advantage in the EMS is eroding, and may in fact no longer exist. This does not have to remain the case. DoD has the opportunity to develop new operational concepts and technologies that will allow it to “leap ahead” of its competitors and create enduring advantages in EMS warfare.

The ways in which militaries conducted EMS warfare have changed significantly over the last hundred-plus years. We can think of these changes as a series of major phases, each of which placed a different emphasis on the use of active or passive EMS capabilities and countermeasures. Within each phase, incremental improvements to existing EMS capabilities allowed militaries to gain temporary advantages over their competitors. These advantages dissipated as the other side developed the next generation of countermeasures. More enduring advantages were the product of new operational concepts and capabilities that enabled militaries to transition to a new phase of the EMS warfare competition before their rivals.

For example, in the waning years of the Cold War, the U.S. military began this type of leap by embracing technologies that would reduce the detectability of U.S. forces in the EMS, such as stealth and low probability of interception/low probability of detection (LPI/LPD) sensors and communication systems. This transition promised to give U.S. forces a distinct advantage over Soviet forces that continued to rely on high-power sensors, communications systems and jammers. It was never completed, however, due to the dissolution of the Soviet Union. Following the end of the Cold War, DoD truncated a number of key programs intended to support this transition, including those building stealth B-2 bombers and F-22 fighters.

Today, the Pentagon has an opportunity to gain an enduring advantage over America’s enemies by finishing the transition to the next phase of the EMS warfare competition. A shorthand way of describing this new approach would be “low-to-no power” EMS warfare, where emissions from sensors, communication systems, jammers and major platforms that must operate in contested areas minimize their detectable emissions. This should be one focus of a “Third Offset” strategy that is intended to use new technologies to defeat the numerical and geographic advantages of potential enemies. If embraced by DoD’s leadership and funded by Congress, new operational concepts and capabilities for this next phase in EMS warfare would help the U.S. military to take back the airwaves and dominate this critical domain in which future wars may be won or lost.

The shift should begin with the creation of new operational concepts that inform DoD’s future capability requirements and investment priorities. Without operational concepts that describe new ways of fighting, the military services will not be able to update their doctrine, and the acquisition system cannot be prompted to incorporate new technologies. The Services are already pursuing some operational concepts for low-to-no power EMS warfare. The Navy, for instance, is developing tactics for E/A-18G Growler electronic attack aircraft to use passive capabilities, in order to geolocate threat emitters alone or in concert with other aircraft through the Navy Integrated Fire Control (NIFC) network.

Other concepts that would apply more broadly across the joint force and for a wider range of missions and scenarios in the low-to-no power EMS warfare regime include using passive and multi-static detection capabilities to find hostile forces while avoiding detection by their active and passive sensors; taking advantage of enhanced emissions control and low-power countermeasures to avoid detection while operating inside contested areas; and using a new generation of jammers, decoys and even directed energy weapons to support U.S. strikes and attack the enemy.

Executing these new operational concepts will require the U.S. military to evolve and expand its portfolio of EMS capabilities. To operate effectively in a low-to-no power EMS warfare environment, DoD will need capabilities that are highly networked; able to “maneuver” across the EMS in order to remain undetected and target enemy networks; have the capacity to perform multiple EMS warfare functions such as communications, sensing, jamming, deception or decoying; and are small and cheap enough to be deployed on nearly every platform that must operate in contested areas. Most importantly, U.S. EMS warfare systems will need to be controlled by adaptable and intelligent processors that go beyond simply executing automated pre-planned responses and can develop techniques to sustain U.S. EMS operations while disrupting those of the enemy.

Some systems with these attributes are already in the U.S. military’s inventory or will be fielded in the next several years, such as the APG-77 and APG-81 radars on the F-22 and F-35, Air and Missile Defense Radar, Next Generation Jammer and SLQ-32 Surface Electronic Warfare Improvement Program (SEWIP) upgrade. Other potential capabilities are languishing in research and development due to a lack of new, validated requirements and other barriers that inhibit their transition into DoD’s acquisition system.

Operating concepts and capabilities similar to those suggested above would help DoD to transition to the low-to-no power phase of EMS warfare. For this transition to occur, however, DoD will first need to address major conceptual, organizational and programmatic impediments to progress that derive from the lack of an institutional vision for how U.S. forces should fight in the EMS.

For instance, technologists, operators and policy makers often do not communicate effectively regarding the potential for emerging technologies to enable new approaches to warfare. While some in DoD are beginning to develop new concepts for the next phase in the EMS warfare competition, their efforts are hindered by the U.S. military’s continued emphasis on operating as it has in the past, rather than embracing new ways of operating and fighting in the EMS.

The lack of new operational concepts has inhibited DoD’s development of formal requirements that would “pull” new EMS warfare technologies into its acquisition process. Moreover, new systems that could support low-to-no power operations that are already fielded, such as active electronically scanned array (AESA) radars, are prized more for their ability to support old operational concepts rather than their potential to enable different approaches to EMS warfare.

The Pentagon could overcome these barriers with a concerted effort initiated and overseen by the new Electronic Warfare Executive Committee (EXCOM). The EXCOM should oversee the development and implementation of a new vision for how future U.S. forces will operate and fight in the EMS. This vision should guide the efforts of the Services and Defense Agencies to develop low-to-no power EMS warfighting operating concepts and requirements.

To ensure the services are able to implement these new approaches to EMS warfare, DoD should prioritize its research and development investments to further mature networking, agility, multifunctionality, miniaturization and adaptability technologies. And to enable these technologies to transition, the Services should greatly increase cooperation between multiple executive and management offices now responsible for developing and procuring new EMS warfare systems. This would help DoD as a whole to field more agile, multifunction capabilities essential to future EMS warfare operations.

American and allied military forces have gained significant advantages over their enemies in previous EMS warfare competitive regimes. A failure to develop new operational concepts and capabilities needed for this next phase of EMS warfare, however, could result in situations where the U.S. military will be at risk of losing the battle for the airwaves.

Bryan Clark and Mark Gunzinger are Senior Fellows at the Center for Strategic and Budgetary Assessments (CSBA).