Withdrawing from the Paris Climate Agreement Is Immoral And Irrational 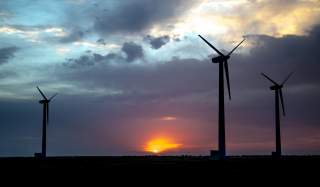 The Paris Agreement is a historic pact to curb climate change and build global resilience to its effects. A decision by the Trump administration to withdraw from the agreement would be a moral violation—and an attack on the interests of the American people.

The Significance of the Paris Agreement

The Paris Agreement is a major feat of diplomacy, given that more than 190 countries are signatories. It is also a major feat for the planet, given that it is well positioned to be effective in limiting carbon pollution. First, the agreement is a springboard for sustained efforts to curb climate change. Every five years, countries submit new national-climate goals and take stock of their collective progress in limiting warming.

Second, the agreement draws all countries into the climate effort, making it a truly global movement. Both developed and developing countries—including the major emerging economies, such as China and India—submit national goals under the pact. In fact, it was leadership from the United States that was pivotal in bringing all countries to the table.

Anti-Paris agitators in the United States have argued that the agreement constrains and burdens the United States. The reality, however, is that the pact fully respects national sovereignty. Under the agreement, countries submit national-climate goals that are self-determined, not internationally imposed. Moreover, they are open to revision and are not binding under international law. Nor does the agreement dictate any particular domestic actions. Countries are free to pursue their own energy policies.

In short, the agreement is about ambition, not obligation. It is marked by a race-to-the-top spirit in which countries strive to rise to the climate challenge and inspire their peers.

The Stakes for the United States

Withdrawing from the global climate effort would clearly be immoral. Given the destructive effects of climate change, it would constitute a betrayal of the health and welfare of our children and the planet.

It would also be strikingly irrational, given that it would so obviously run counter to the economic and security interests of the American people.

Withdrawal would undermine U.S. competitiveness and the future of the U.S. economy. Other countries are aggressively positioning themselves to dominate the clean-energy market—valued at more than a trillion dollars globally—and the international energy conversation. China, for example, is currently the global leader in new renewable energy investment. Accordingly, U.S. businesses—including energy behemoths like Exxon and Shell—have been at the forefront of encouraging the administration to stay in the agreement.

Withdrawal would also undermine U.S. diplomatic and security interests. Every other major economy in the world is pressing ahead with the global-climate effort. In fact, only Syria and Nicaragua have not signed the agreement. In withdrawing, the Trump administration would be further fraying the alliances that have been the foundation of many thousands of pacts that have supported U.S. priorities.

Importantly, withdrawal from the agreement would be at odds with the will of the American people. The majority of U.S. voters—including the majority of U.S. voters in every state—support the agreement. They also support domestic actions that would support a clean-energy future for their children. Since 2008, renewable energy capacity has more than tripled. Today, renewable energy supports more than eight hundred thousand jobs in the United States. This is progress that the administration is aiming to unravel by turning its back on the global-climate movement and seeking to undermine domestic climate policies and environmental protections.

Withdrawing from the Paris Agreement would show a breathtaking disdain for the health of the planet and the prosperity of the American people. It constitutes a call for all forward-looking states, cities, businesses and citizens in the United States to advance the clean-energy movement in the face of an administration that is hostile to their interests.

Gwynne Taraska is the associate director of energy and environment policy at the Center for American Progress.