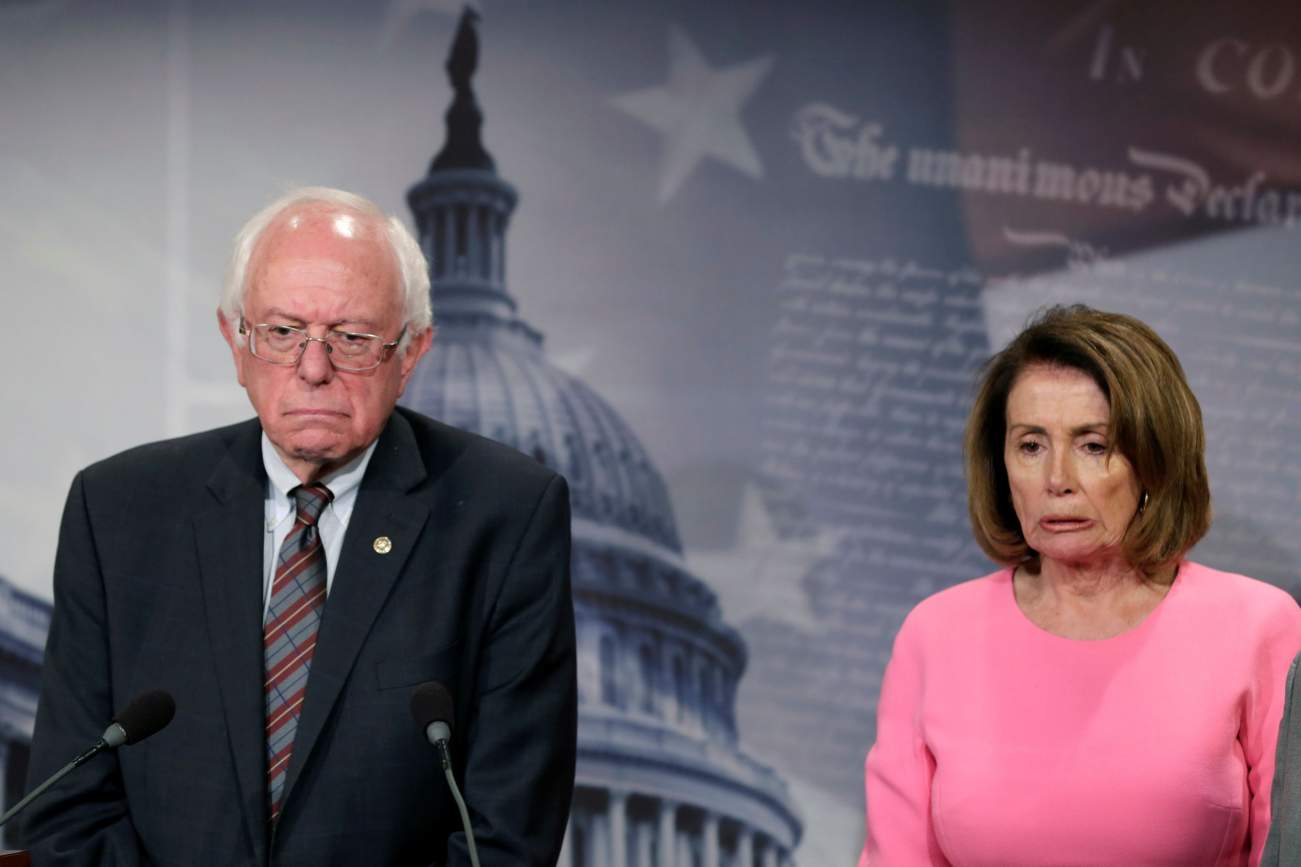 A remarkable new split within the Democratic party and between Democrats and Republicans was on full display when members of the United States Congress reacted recently to the Gaza hostilities that greeted the U.S. Embassy's move to Jerusalem. Does some Democratic leaders' opposition to Israel's conduct reflect a nascent fundamental shift on Democratic party's position? Whether or not, such opposition does increase concerns that Democrats will be emboldened into criticizing Israel as part of a broader anti-Trump posture. If that happens, it could mistakenly give the impression that the Democratic Party can no longer be a viable choice for American Jews who are supportive of Israel.

Consider that the Democrats who criticized Israeli policy in Gaza ascribed no accountability to the internationally designated terrorist group Hamas or the Palestinian Authority for their violent provocations. The May 14 statement by Democratic U.S. Representatives Mark Pocan, Pramila Jayapal, Keith Ellison, Henry C. Johnson Jr. and Raul Grijalva criticized the "lethal force" used by Israeli troops to contain the Gaza hostilities without a single mention of Hamas.

Additionally, a May 11 letter to Secretary of State Mike Pompeo co-authored by Democratic Senators Bernie Sanders and Diane Feinstein, and signed by ten other Democratic Senators, identified Hamas as bearing “significant responsibility” for the humanitarian situation in Gaza. However, the letter still insisted that Israeli restrictions had “made the humanitarian situation worse.” This contextual addition comes after a Hamas official admitted that some fifty of the total sixty-two Palestinians killed by Israeli forces last Monday were in fact known members of the terrorist group, calling into question widespread claims of a “peaceful” Palestinian protest. The United Nations General Assembly followed similarly faulty reasoning, passing an unjust resolution that places the blame entirely on Israel, while again failing to condemn Hamas as a terrorist organization.

Senator Sanders' dismissal of Hamas' militant provocation and Senator Feinstein's omission of Hamas' role in her statement and the UN General Assembly in its resolution, are emblematic of the increasingly progressive wing of the party taking an ever-harder stance on the Jewish State. Equally disappointing is the silence that greeted the opening of the U.S. embassy in Jerusalem from the vast majority of Democratic party leaders. A recent report by The Forward identified that a charitable foundation gave hundreds of thousands of dollars to organizations that promote the Boycott, Divestment, and Sanctions movement (BDS). Senator Chuck Schumer was one of the few Democratic supporters of the embassy move, which he "applauded" the Trump administration for enacting.

Meanwhile, Republicans and Democrats sparred over the legitimacy of America’s decision to move its embassy to Jerusalem. Figures from the Pew Research Center last January seemed to cement the idea that Israel has become a partisan issue in America, with 79% of Republicans claiming to favor Israel over the Palestinians, compared to just 27% of Democrats.

By contrast, the 1995 Jerusalem Embassy Act, which allowed for a waiver to postpone a mandated embassy move, was co-sponsored by two Republicans and two Democrats and adopted by an overwhelming bipartisan majority of 95 out of 100 sitting Senators. As former Democratic Senator Joe Lieberman said, support of the Embassy should be a formality, as it’s a question of “celebrating the strength of our (American-Israeli) relationship, which has always been bipartisan.”

The Pew poll encapsulates the damaging polarization America is experiencing over Israel by implying that sympathy for one side automatically means hostility for the other. By failing to present a united front, Democratic party leaders risk further polarization within their ranks on Israel.

However, many in the Democratic Party have not changed their positions on Israel. Having spoken to U.S. decision makers privately, many are very critical of the stance Sanders and other Democrats have taken. Moderate voices in the Democratic party such as Senator Schumer should have their voices heard. What's needed is for Israel's supporters within the party to take a stand against its more vocal critics and stand up for Israel, serving as an example for the world.

While it is likely that many American Jews will continue to vote Democratic as they have historically done, the party cannot take their support for granted. Democratic party leaders need to refrain from divisive and incendiary rhetoric and unite behind their long-term support for Israel if they hope to retain the support of a somewhat disenfranchised, but by no means monolithic, American Jewish public. There are prominent voices that could turn the tide, but they need to mobilize before more damage is done—an anti-Israel position could emerge as part of the mainstream Democratic Party agenda. That cannot be allowed to happen.

Jack Rosen is the Chairman of the American Jewish Congress