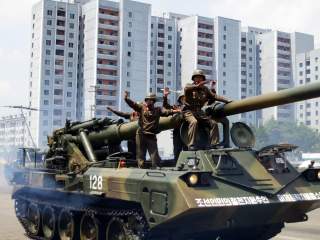 To effectively counter the nuclear ambitions of determined proliferators, a strategy of compellence is essential, even if it takes place within the framework of diplomacy and negotiations. Determined nuclear proliferators are very determined: they are bent on attaining the strategic value they attribute to a nuclear weapons capability, and are loath to give up the pursuit. There is no win-win solution—either they will achieve the capability or will be compelled to give it up. North Korea and Iran secretly pursued nuclear-weapons capabilities in violation of their NPT commitments, and they are both aggressive regional actors, with a record of threatening their neighbors, including existentially. Their behavior elicits fears that the nuclear capabilities they seek are for offensive (power accumulation) purposes, rather than as a means to buttress a defensive foreign policy to ensure their own security and survival. And they will not give up the capabilities unless the cost is extremely high.

When leading international actors chose diplomacy as the strategy by which to compel both Iran and North Korea to reverse course in the nuclear realm, they forgot that it was an exercise in compellence, and instead embraced the “give and take” norm that does apply to many negotiations. But not to these negotiations. While it was only pressure that got these two proliferators to the table in the first place, in both cases the negotiators did not follow through with their pressure tactics in the negotiation itself. The respective deals—for North Korea in 1994 and Iran in 2015—were partial at best, and did not reflect a strategic about-face in the nuclear realm for either proliferator. Both Iran and North Korea continue to harbor nuclear ambitions post-deal as well.

In fact, the problems associated with keeping these states in line in the post-deal period have proven no less challenging than before the deals were secured. And if key international players continue to treat the Iran nuclear deal as a solution, while turning a blind eye to Iran’s continued pursuit of nuclear capabilities (currently most noticeable in the missile realm), ironically, in the post-deal years it will be easier for Iran to move forward.

Ongoing vigilance, including continued application of pressure, is essential to keep determined proliferators far from the nuclear threshold. But there has been a noticeable reluctance on the part of strong international actors to respond to provocations with determination, due to what they view as the risk of escalation. In the case of Iran, the Obama administration hoped that Iran would recognize this American goodwill and desist from further provocations. But North Korea and Iran have both demonstrated in their respective arenas that it does not work that way. Indeed, the lack of response to provocations seems only to foster additional aggression, as the proliferator feels increasingly emboldened by the fact that it is given a relatively free ride.

In its short time in power, the Trump administration has already taken action to try to reverse this trend—vis-à-vis both Iran and North Korea. And not surprisingly, pundits have taken issue with some of its initial rhetoric, which is aimed to restore U.S. deterrence in the face of ongoing Iranian and North Korean provocations.

When it responded to Iran’s troubling ballistic-missile test in late January—which tested a missile that could reach all of western Europe as well as carry a nuclear warhead—by “putting Iran on notice,” the administration was criticized for risking escalation to military conflict. Pundits and analysts claimed that those who support a tougher stance on Iran are actually advocating escalation, sanctions and confrontation that will lead to war. Not surprisingly, they offer no alternative of their own, other than doing nothing.

It should be remembered that highlighting the prospect of war as the only result of forcefully confronting Iran’s defiance and bad behavior was a prominent feature of the Obama administration’s attempt to sell the Iran nuclear deal to the American public. The choice that Obama presented was either to accept the deal (exactly as it had been negotiated), or go to war. The administration refused to acknowledge that had it negotiated differently, the P5+1 could have extracted a better deal. The dichotomous choice was not correct then, and it is a misrepresentation now. In fact, there is an equal, if not better, chance that Iran will be deterred by new and firm messages indicating that the Trump administration will no longer turn a blind eye to Iran’s provocations.

Critics of Trump’s approach also complain that it will jeopardize efforts to de-escalate bilateral U.S.-Iran tensions, as well as strengthen hard-liners in Iran. But there is no evidence to support these claims—there is no de-escalation process, and the hard-liners are in power in Iran, with no realistic prospect of that changing anytime soon. Indeed, Iran has been escalating and provoking the United States by pushing the envelope on different fronts. Steps taken by Iran include harsh rhetoric against the United States, and accusations that America is not upholding its commitment according to the JCPOA, as well as the ongoing imprisonment of dual U.S.-Iranian citizens held on bogus charges, after the release last year of four such prisoners in exchange for $400 million in hard cash. Over 2016, Iran significantly stepped up its military campaign in Syria, including war crimes against Syrian civilians and attempts to set up a new presence near Israel’s border, while transferring prohibited weaponry to Hezbollah. Iran is involved in the civil war in Yemen, is arming and training Shia rebels in Bahrain, and has been harassing U.S. naval vessels in the Gulf on a regular basis. Iran has also been guilty of minor violations of the JCPOA itself, and is suspected of trying to circumvent the Procurement Working Group set up by the nuclear deal, to illicitly procure components and technologies that can be used in a nuclear-weapons program.

A firm response to Iran is not “escalation.” The Trump administration’s response was essential in the face of Iran’s ongoing and until-then unanswered provocations. Indeed, the nonresponse of the Obama administration is what enabled Iran to continue its provocations and aggression unhindered, and to feel free to continue on in this vein. Moreover, the deterrent message itself was measured and responsible, and by no means invited further escalation. Rather, Iran was informed that the United States would no longer be turning a blind eye to what it was doing, and an initial indication that the message was received is that shortly afterwards Iran pulled a missile readied for launch from the launch pad, and fired a short-range missile instead. The Iranian media reflected analysis advising against “giving Trump an excuse” to attack. Iran’s repeated and unanswered provocations had been eroding U.S. deterrence, a trend that the Trump administration is wise to reverse.

Unlike Iran, North Korea is already a nuclear state due to the repeated failures of diplomacy for twenty-five years, including eight years of Obama’s “strategic patience,” which merely provided North Korea with the opportunity to advance its capabilities: it conducted four more nuclear tests and many missile tests. Getting North Korea to agree to rollback of its nuclear capabilities at this late stage is pretty near impossible, because it has crossed the nuclear threshold. But pushing back on North Korea is still necessary—as a deterrent against actual use of nuclear weapons.

And yet, on his recent trip to Asia, Secretary of State Rex Tillerson was accused of employing unnecessarily harsh and escalatory rhetoric toward North Korea, in a reaction similar to what we saw in the case of Iran. Tillerson’s visit came against the backdrop of the simultaneous firing of four medium-range ballistic missiles by North Korea toward Japan, which was a new level of provocation. As the missiles themselves had already been tested, the simultaneous firing was seen as preparation for using them in a war scenario.

Every diplomatic route has already been pursued with North Korea, and been proven a failure; any attempt to pressure North Korea to denuclearize—short of causing it to collapse economically, or taking it over militarily—is likely to fail as well. Tillerson signaled that while he would like to have peaceful relations with North Korea, and will work with China to try to get North Korea to change course; if North Korea continues to escalate its nuclear threats, the United States might have to take preemptive action. This was the essence of his deterrent message.

There is something fundamentally twisted about castigating the party that responds to provocations as the cause of possible escalation of relations with a proliferator, rather than focusing one’s attention on the proliferator’s provocations. The dynamic is familiar from conventional scenarios as well, and has certainly featured in every round of fighting between Israel and Hamas. After Israel left Gaza in 2005, Hamas almost immediately began firing rockets indiscriminately into Israel, aiming for civilian casualties. But when Israel finally fought back in late 2008, it was Israel that was accused of escalation.

In fact, there is no other option but to confront nuclear proliferators with determination—they must be deterred from going nuclear, and from using nuclear weapons. It is too late to get North Korea to denuclearize, so deterrence should be directed to preventing the use of nuclear weapons. In the case of Iran, pressure and deterrence can still get the message across to Iran that it will not be allowed to cross the nuclear threshold. But it depends on the P5+1—and certainly the United States as the global leader—to not only accept the reality that the deal has not stopped Iran, but to be willing to employ the necessary tools in the continued struggle with this very determined and aggressive proliferator.