Worried about the Size of the U.S. Navy? Rearm the Coast Guard 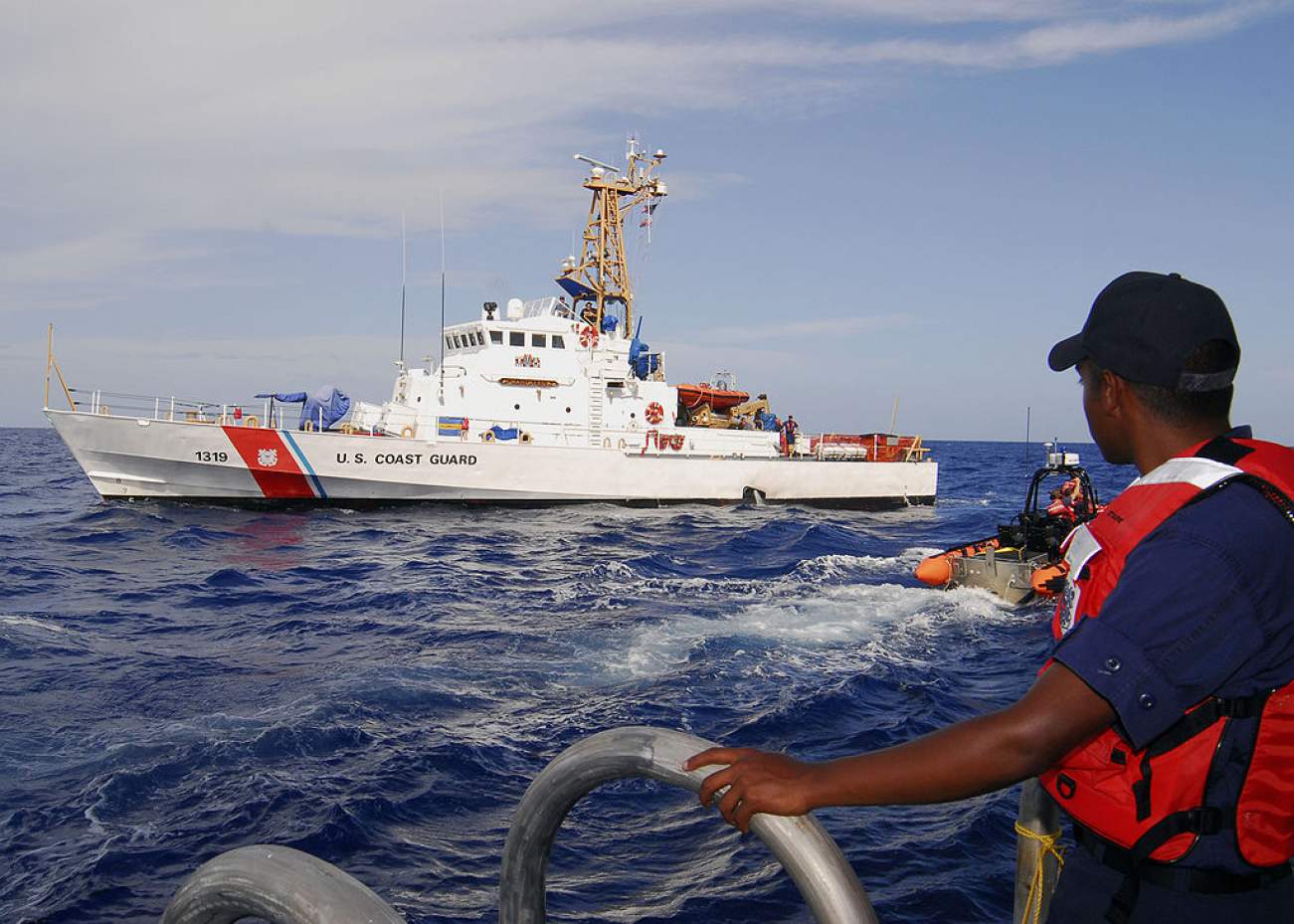 The United States’ peer naval competitors are on the rise, and our Navy is woefully deficient in the small surface combatants that provide global presence during peacetime and serve as utility players during times of conflict. Until the early 1990s, the U.S. Coast Guard’s largest cutters could be expected to fill a portion of the small surface combatant gap. However, decisions made since the end of the Cold War have left the service without cutters to meet today’s minimum threshold of combat value. Restoring credible warfighting capability to the major cutter fleet is an efficient way to address the small surface combatant shortfall.

The U.S. Coast Guard and Navy should move jointly and decisively to arm, train and equip the major cutter fleet so that it can perform a useful set of defense and expeditionary missions. The decision to do so is not only a reasonable response to threats posed by increasingly capable, bold and bellicose competitors, but also a recognition of the fact that the U.S. Coast Guard’s large cutters will be put in harm’s way during a general—or major—regional war regardless of the service’s ability to prepare them in advance. Moving forward first requires a reexamination of the major cutter fleet’s historical combat role and the decisions that saw that role scaled back as the Cold War ended.

From the birth of the Revenue Cutter Service through the Cold War, it was widely accepted that a cutter’s warfighting role was in the fight. Revenue and U.S. Coast Guard cutters distinguished themselves at Hampton Roads, Cárdenas Bay, the North Atlantic and off the coast of Vietnam by maintaining a purposeful and useful overlap in capability between the major cutter fleet and the Navy’s small surface combatants. This overlap, reinforced through common outfitting and training, kept cutters ready for wartime service while enhancing their ability to perform peacetime functions by the creative use of installed combat systems as well as the application of tactics, techniques, procedures and doctrine. The overlap policy’s success was recorded by Rear Adm. Samuel Eliot Morison in The Two-Ocean War. Morison noted that “the scarcity of suitable escorts was perhaps the greatest handicap during [1941-42]. Coast Guard Cutter Campbell was employed as escort on Convoy HX-159 in November 1941, and proved so effective that most of her sister ships of the Treasury class were diverted to this duty. These big seagoing cutters had everything that a destroyer had except speed and torpedoes; and seldom does an opportunity to use torpedoes occur in escort-of-convoy.” Morison’s quote, regularly updated to account for evolving capabilities and threats, provides the U.S. Coast Guard-Navy team a succinct and sustainable vision of interoperability.

The last efforts to keep the major cutter fleet ready for wartime service were the acquisition of the Famous-class medium-endurance cutter in the early 1980s and upgrades to the combat systems installed in the Hamilton-class high-endurance cutters in the early 1990s. The 270-foot Famous-class cutter was designed to be “heavily oriented toward the Navy [anti-submarine warfare] role,” with Light Airborne Multipurpose System III integration and the ability to fit a towed sonar array. The cutter’s refueling-at-sea rig, electronic support measures, countermeasures and main battery provided reasonable measures of self-defense and interoperability without compromising the class’s ability to perform its U.S. Coast Guard missions. As built in the 1960s, the Hamilton-class high-endurance cutters’ outfit was similar to—but not as robust as—contemporary Navy frigates. The gap between the class’s warfighting utility and that of small Navy surface combatants grew through the 1970s and 1980s. To address this, the U.S. Coast Guard, with the support of the Navy, added Harpoon quad launchers, countermeasures, Light Airborne Multipurpose System I integration and the Mark 15 close-in weapon system to the Hamilton class. Unfortunately, this decision, executed around the time of the collapse of the Soviet Union, exposed powerful cultural antibodies that drove the service to strip the class of its new capabilities and to divest the antisubmarine warfare mission it had conducted with distinction since World War ll. These decisions, while politically consonant at the time, degraded the combat capability of the major cutter fleet and its effectiveness in related peacetime missions.

The lesson of the twenty-five years following the Hamilton experience is that a challenge to maintaining the U.S. Coast Guard’s warfighting capability lies in managing the service’s perception of its character. Attempts to define the U.S. Coast Guard’s defense roles following the Cold War have been challenging. Published in 1998, Coast Guard 2020 proclaimed that the “Coast Guard will be prepared to operate in low-threat conflict environments, and to provide specialized functions at all levels of operation.” The notions of low-threat operations and service-unique specialization are obstacles to interoperability. While U.S. Coast Guard buoy tenders and icebreakers absolutely provide specialized capability, the major cutter fleet’s warfighting role was never—nor should it have ever been—unique to the U.S. Coast Guard. Rather, the major cutter fleet provided an active augmentation force trained and equipped to provide service in any theater of war. This should be the target for the fleet’s future employment as the community of nations returns to its more normal mode of great power competition. As for the limitation of a low-threat environment, U.S. Coast Guard cutters have deployed recently to Southeast Asia, the Black Sea, the Arctic and the Arabian Gulf. Saber rattling among great powers and the HSV-2 Swift incident demand that we ask: which of these locations will qualify as a low-threat environment on the first day of a global or major regional war?

A discussion of systems cannot be avoided, particularly as the geometries of the National Security Cutter and the Offshore Patrol Cutter, which are the future of the major cutter fleet, are largely defined. Taken together, these two classes will eventually number nearly thirty-five ships. Once properly equipped and trained, a force of this size is more than adequate to the task of credibly augmenting the combat capability of today’s 272-ship Navy or the 350-ship Navy championed by the Trump administration. To this end, the U.S. Coast Guard and Navy should add systems to the major cutter fleet that overcome the minimal barrier to entry to the broadest range of wartime missions.

Two systems stand out, one existent and the other partially aspirational. The U.S. Navy’s ship-helicopter integration is superb and represents the least intrusive way to add credible antisubmarine and anti-surface capability to a U.S. Coast Guard cutter. Both the National Security Cutter and the Offshore Patrol Cutter can accommodate the Navy’s MH-60R airframe. The U.S. Coast Guard should explore adding the ability to embark, operate with, maintain and rearm these aircraft from both the National Security Cutter and Offshore Patrol Cutter. Only complete solutions that see cutters equipped with ordnance handling facilities, surge berthing for a full-maintenance detachment and sensor integration through data links should be considered.

A slightly more intrusive capability, but one that could pay remarkable dividends, involves outfitting the Legend class with a Mark 45 five-inch gun. The addition of a true major caliber-deck gun offers immediate utility, but the system’s real potential will be unlocked if efforts to develop hypervelocity projectiles bear fruit. If so, the National Security Cutter would emerge as a true utility warship capable of providing fires to forces ashore at substantial range and meaningfully contributing to air defense. The second-order benefits of adding combat capability cannot be discounted. Witness the remarkable success of the Navy in drug interdiction, which was largely a result of extensive training on and employment of cutting-edge sensor and weapon systems.

The attempt to reassert the U.S. Coast Guard’s combat role in the early 1990s failed because of its almost impossibly poor geopolitical timing. Realigning the service’s culture to its traditional defense roles is complicated somewhat by the concept of the service’s character, which has formed in the intervening twenty-five years. In general, however, systems and training beget capability, and capability begets culture. Cuttermen have a long history of ingeniously adapting to new missions and capabilities. The immediate challenges are acquiring and integrating combat systems and training crews in their employment. These are not trivial tasks and will necessarily consume time and resources. Better to act with dark clouds forming on the horizon, however, than in the midst of the storm.

Gregory Tozzi is a Senior Military Fellow at the Center for a New American Security and U.S. Coast Guard cutterman. The views expressed herein are those of the author and are not to be construed as official or reflecting the views of the Commandant or of the U.S. Coast Guard.