Would Joe Biden Go to War to Stop a Chinese Invasion of Taiwan? 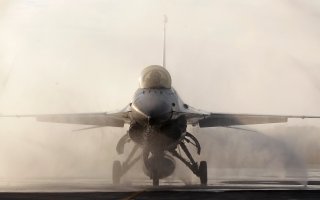 Like before him sixty years ago, President John F. Kennedy took on his presidency and the vision of America’s purpose in world affairs in the midst of the Communist threat. In his inaugural address, Kennedy announced that “we shall pay any price, bear any burden, meet any hardship, support any friend, oppose any foe to assure the survival and success of liberty.” From President Joe Biden, Taiwan and most nations around the globe expect no less than that kind of renewed American statesmanship to “make the world safer for democracy.” He should start it with Taiwan, the “Heart of Asia.”

Dr. Patrick Mendis, a former American diplomat and a military professor in the NATO and Pacific Commands, is a Taiwan fellow of the Ministry of Foreign Affairs of the Republic of China and a distinguished visiting professor of global affairs at the National Chengchi University as well as a visiting scholar at the Taiwan Center for Security Studies in Taipei.

Joey Wang is a defense analyst in the United States. They are alumni of the Kennedy School of Government at Harvard University. The views expressed in this analysis neither represent the official positions of the current or past institutional affiliations nor the respective governments.