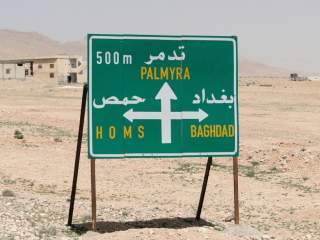 In early December, Qatar mediated the release of thirteen Lebanese policemen and three Lebanese soldiers kidnapped in 2014 by Al Qaeda’s Syrian branch, the Nusra Front. According to Doha, the release last month was arranged “in exchange for twenty-five prisoners, including seventeen women and their children.”

News outlets generally focused on Lebanon’s decision to free thirteen Islamist prisoners: eight men and five women, plus several children. However, a press release attributed to the Nusra Front indicated that twelve female prisoners were also freed by Syria’s Assad regime as part of the exchange.

The specific terms of the exchange remain hotly contested. But there is clear consensus that several prisoners freed by Beirut had worrisome extremist records.

As such, there are reasons to be concerned that this exchange was a net negative for international security. As U.S. officials have repeatedly warned, terrorist groups such as the Nusra Front are increasingly relying on kidnapping as a tactic to generate revenue and to advance their broader extremist agenda.

In August 2015, the Qatari-owned news outlet al-Araby al-Jadeed reported that Qatari-mediated talks had reached an agreement in principle, whereby Beirut would receive its sixteen kidnapped officers in return for releasing five female prisoners linked to Nusra or the Islamic State, and that “some regional states will pay $30 million to aid the release.” That round of talks soon fell through.

Then, one day after the swap took place, the Saudi-owned news site Asharq al-Awsat claimed that “Lebanese and Syrian sources confirmed to the paper” that the deal “included paying an amount of $25 million” to the Nusra Front’s local emir, Abu Malek al-Talli, whom it identified as the hostages’ captor. The paper also suggested that Lebanon had agreed to allow the area near its border town of Arsal to be used as a “safe zone” where terrorist gunmen would not be targeted by artillery or airstrikes.

Lebanon’s intelligence chief, who oversaw his country’s side of the agreement, swiftly denied “that the agreement. . . had stipulated the paying of USD 25 million or granting the group a wider prefecture to freely move in Arsal.” Similarly, Qatar’s ambassador in Beirut soon stated that “Qatar did not pay one dollar.”

The Nusra Front’s press release did not mention payment of any ransom.

It did note the delivery of thirteen “relief cars” to Arsal and its environs. The Qatari-owned news outlet Al Jazeera, one of only two networks granted access to broadcast the exchange, similarly noted that a caravan of about fifteen aid trucks was simultaneously sent to the town.

Al Qaeda’s Nusra Front also indicated that the deal entailed “opening a safe zone. . . for civilians permanently” in and around Arsal. It added that the agreement authorized medical care for the wounded in the town as well as in Turkey via Lebanese territory, terms confirmed by Qatar’s Al Jazeera English.

Lebanon did not disclose the names of all the prisoners it had released. However, the Nusra Front’s press release named all twenty-five adult prisoners allegedly freed by Lebanese or Syrian authorities as part of the deal, including two women previously described by Al-Monitor as “female ‘rock stars’ of terror.”

The most striking name on this list was Saja al-Dulaimi, ex-wife of the Islamic State’s top leader, Abu Bakr al-Baghdadi. Her release by Lebanon was widely reported, and she told Al Jazeera she would make her way to Turkey via Beirut. She had previously been released from Syrian jail in a 2014 Al Qaeda hostage deal mediated by Qatar.

According to the Washington Post, Dulaimi had been charged in Lebanon with financing terrorism from the Lebanese territory of Arsal, from where she transferred at least $200,000—including from residents of “Persian Gulf countries”—to fighters in the border region through charities that claim to assist Syrian refugees.

Also freed by Beirut was Joumana Hmayed, who according to various Lebanese news reports was arrested in the country during February 2014 while driving a car rigged with over 100 kilograms of explosives. Other women reportedly freed by Lebanon or Syria include the sister of Nusra Front’s local emir and also the wife of jihadist leader Anas Sharkas (aka Abu Ali al-Shishani), who has pledged his allegiance to both the Nusra Front and the Islamic State.

Topping the list of men freed by Lebanon was Hussein al-Hujairi.

Several local papers had previously alleged that Hujairi fought against U.S. forces in Iraq and was accused by Lebanese authorities of masterminding the kidnapping of seven Estonian cyclists at the behest of Al Qaeda in Iraq. The papers also accused him of responsibility for kidnapping three BBC journalists. According to the General Directorate of Lebanon’s Internal Security Forces, Hujairi engaged in a 2011 shooting spree while fleeing arrest and is a suspect in the killing of a Lebanese security officer in the Beqaa that September.

Also released by Beirut was Ehab al-Hallaq, reportedly a Swedish citizen. According to the pro-Hezbollah Lebanese daily al-Akhbar, Hallaq had been on trial in Lebanon on charges of belonging to the Nusra Front and was accused of serving as an aide to its local emir, al-Talli. The paper also reported that Hallaq was accused of facilitating logistics for the group, including movement of suicide bombers in Lebanon in areas such as Nabi Othman, where a suicide bomber last year killed four people.

Another of the released male prisoners, Mohammed Yayha, was detained in Arsal last year while wearing an explosive belt, according to several local press reports. Finally, another Lebanese paper, al-Nahar, claims that four of the other male prisoners freed by Beirut had yet to be charged for their role in a violent 2007 uprising by the Al Qaeda–linked terrorist group Fatah al-Islam.

American officials argue that kidnapping as a tactic by terrorist groups has become a growing international security problem in recent years. In 2012, the U.S. Treasury Department called such kidnappings “today’s most significant source of terror financing.” The Islamic State now makes more money from oil sales and local extortion, but U.S. officials have indicated that an estimated $165 million or more in ransoms to date helped Islamic State and Al Qaeda conquer that territory in the first place, not just in Syria and Iraq but also in Yemen and northern Mali.

Even in those cases where no ransom has been paid, hostage deals allow terrorists to elicit public relations victories that aid with morale and recruitment; can sometimes result in them receiving tangible operational concessions on the battlefield; or can help secure the release of crucial terrorist operatives. In the case of the Gilad Shalit prisoner swap, for instance, many of the Palestinian prisoners released as part of that exchange have gone on to become extremely senior leaders in Hamas’s regional financial network, political bureau and military command.

Qatar’s reported role in facilitating such hostage deals has become particularly troubling. Whereas Qaddafi’s Libya played a controversial role as a freelance mediator for extremist hostage releases over a decade ago, lately Doha seems to have filled that role. Based on Western and regional news reports, Qatar has purportedly mediated hostage talks in fifteen different cases over the last three years alone, often in which the hostage taker was a U.S.-designated Foreign Terrorist Organization and a ransom was reportedly discussed or allegedly paid.

Qatar insisted via its state news wire that its facilitation of Lebanon’s hostage deal stemmed from its “humanitarian and moral principles” and prioritizing “peaceful and political solutions for crises.” However, there is reason to fear that the outcome of its latest bargain with Al Qaeda may simply be more violence down the road.