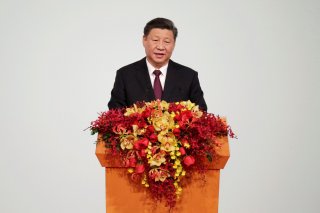 The U.S. State Department’s Policy Planning Staff recently released a long report on China. Likened to George Kennan’s 1946 “Long Telegram,” the report spells out Foggy Bottom’s foreign policy prescriptions to a continually rising China. Deep in the report, however, lies a misconception that has been loudly echoed by China Watchers since China’s 19th Party Congress in 2018. During that Party Congress, People’s Republic of China (PRC) President Xi Jinping did not name a successor to the powerful Politburo Standing Committee (PSC). Furthermore, a vote by the Central Committee eliminated term limits to the presidency in the PRC Constitution. Since then, China Watchers have proclaimed time and time again that Xi Jinping is bucking all succession precedent to maintain leadership in Beijing. These proclamations fail to understand the nuance of leadership in the PRC and paint an inappropriate picture for understanding Chinese leadership succession and Xi. Indeed, if there is a norm in Chinese succession, it’s that nearly every paramount leader strove to retain power indefinitely, with most failing. If Xi is bucking norms, it’s only because he is succeeding.

There are three major roles for top leadership in Beijing and these often coalesce to bestow the informal title of Paramount Leader on China’s ruler: the president of the PRC, chairman of the Central Military Commission (CMC), and the general secretary of the Chinese Communist Party (CCP). First, and most apparent to Western onlookers, is the president of the PRC. The president operates as the PRC’s head of state and therefore regularly appears to be the figurehead of China, similar to the president of the United States. Perhaps this confuses onlookers because they expect the Chinese presidency to mirror its role in the United States. This bias fails to note the significance of other leadership roles in the PRC.

The second variable comprising the paramount leader is the chairman of the CMC. The chairman operates as the commander-in-chief of the capable and growing power of the People’s Liberation Army (PLA). Whereas the United States president is both the head of state and commander-in-chief, these duties are split in the PRC. This diminishes the power of the PRC president comparatively as well as the notion that presidential succession determines who leads in Beijing. Lastly, the general secretary is the foremost leader of the CCP as the nominally elected choice of the Central Committee. As the head of party, the general secretary holds similar equivalency to a head of government and is therefore another crucial role in comparison to the presidency. These three roles, each representing the heads of state, military, and party, respectively, give the paramount leader complete practical control over the PRC.

Chinese Paramount Leader Xi Jinping currently holds all three titles, but these hats are not always worn by the same individual. Mao Zedong was the PRC’s first paramount leader for twenty-six years, during his entire tenure as general secretary. However, he was only chairman of the PRC (the former title for president before its abolition in 1975 and subsequent restoration and renaming in 1982) for four years between 1954 and 1959. Due to Mao’s cult of personality and chaotic reign during the Cultural Revolution, reforms after his death split the constituent parts of the paramount leader under the guise of separation of powers. Subsequently, throughout most of the 1980s, the three roles were occupied by separate individuals. However, for most of the decade, Deng Xiaoping only held the title of CMC chairman but retained the de facto role of paramount leader due to his popularity and political maneuvering by sidelining short-lived former paramount leader Hua Guofeng in 1978. During Deng’s tenure, he successfully lobbied for a revision to the Chinese Constitution limiting presidential term limits to two. This only impacted one head of the paramount leader hydra, leaving the other two heads unaffected.

Jiang Zemin, the PRC’s fourth paramount leader, rose to power in the aftermath of the Tiananmen Crisis that significantly weakened Deng’s control. Jiang became the first paramount leader to hold all three leadership titles simultaneously and was groomed as a successor by Deng after Jiang’s selection to the PSC, the top, elite leadership body of the CCP. Although Jiang maintained the two five-year term limit on the presidency, he held onto chairman of the CMC for fifteen years and General Secretary for thirteen. Jiang began grooming his paramount leader successor, Hu Jintao, in 1993 by raising him to the PSC. However, Jiang resigned from his three different roles at separate times over a two-year period. Hu would step into those leadership roles at each resignation. While Hu was a PSC member for ten years before ascending to any of the top three leadership roles, current PRC leader Xi Jinping had a quicker ascension. Xi was appointed to the PSC at the 2007 National Party Congress. He became the CMC vice chairman in 2010 leading to his rapid assumption of paramount leadership by undertaking all three top roles within a brief four-month period between 2012 and 2013.

Xi has not begun grooming a successor. This is the salient reason China watchers claim Xi is bucking PRC and CCP historical norms. However, the brief overview of paramount leadership indicates that only the previous two of China’s six paramount leaders’ groomed successors, hardly indicating a pattern. Arguably, Jiang only groomed Hu due to the remnant influence of Deng who pushed for limited powers in the paramount leader after his unavoidable downfall following Tiananmen Square. Although Deng held no formal positions in government or party in the mid-1990s, his shadow leadership still influenced most aspects of the PRC. Jiang did not groom Hu to set a precedent. Rather, Jiang did so due to pressure from Deng and his political allies.

Claiming Hu followed any norms leading to his resignations for Xi’s ascension is also folly. Hu was never a strongman like Xi, Deng, or Mao. His period of leadership was marred by outside interests, and he spent his time in power often operating as a mediator, a stark difference in fiat power compared to his predecessors. More so, his tenure was shadowed by Jiang’s personality, much like Jiang was by Deng. Because of Hu’s moderated leadership style, Xi has not suffered from the same predecessor constraints. China’s current political trajectory gives Xi the opportunity to become a Mao-esque authoritarian.

Xi, like his predecessors, is striving for strongman leadership. Mao clearly succeeded in his long-term authoritarian ambitions, but his successors met challenges along their paths to similar rule. Deng struggled to overcome Tiananmen, while Jiang and Hu struggled with overcoming the shadow of their predecessors. Xi’s path does not have any similar obstacles yet. He will push for sole authoritarian rule like those who came before him. He is in a better position to succeed. China watchers should not confuse the power of the informal paramount leader with the president. Beijing does not operate like Washington, and there is no relevant history of presidential succession. Most paramount leaders have fought to coalesce power under themselves, so if there is a norm and precedent, this is it instead.

David Stoffey is currently an active-duty officer in the U.S. Navy. He holds a master’s degree in Statecraft and National Security Affairs from the Institute of World Politics. The views expressed are those of the author and do not reflect the official policy or position of the US Navy, Department of Defense, or the US Government.